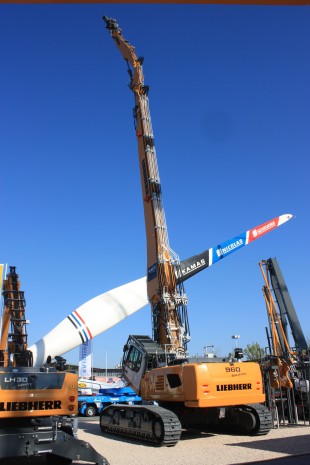 The R 960 demolition crawler excavator supersedes the previous model, the R 954 C demolition. The new R 960 is available in two versions with boom lengths of 28 m and 34 m. With this demolition excavator, attachment tools with a weight of up to 3.5 t can be used. In this way, a high breaking force can be achieved.

The new “Liebherr Demolition Control” (LDC) system is a standard feature in the R 960 demolition. The in-house development from Liebherr was awarded the silver Intermat innovation prize in January 2015 in the “Engineering & Systems” category.

The LDC is an active safety component that places information about the machine’s tilt angle and tool position in the driver’s field of view. The system automatically triggers the electronic reach limiter when a critical level is reached. When the maximum reach is reached, no tool movements are possible through which the stability of the excavator could be impaired.

To facilitate handling for the driver, the “Liebherr Demolition Control” (LDC) system is integrated in the electronics of the R 960 demolition crawler excavator. In addition to the angle sensors, automatic detection of the tool length has been developed in order to permanently determine the position of the tool. 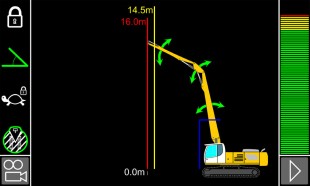 Selection of the tool takes place via a touchscreen, whereby the weight is already integrated in the software. To optimise the performance of the excavator, an extended reach with rotation limiter was developed and integrated in the system.

Thanks to integration of the LDC system in the electronics of the demolition excavator, specific components are no longer necessary. This saves money and simplifies handling. The greater reach opens up larger work areas to the driver and increases productivity. 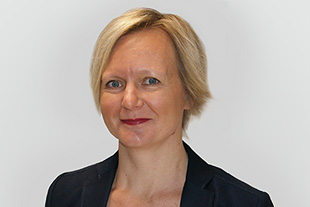