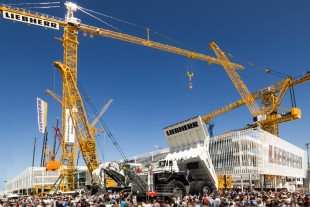 The final figures for 2015 will be announced by the Liebherr Group with the publication of the Annual Report in June 2016. The figures stated in this news are based on forecasts from November 2015.