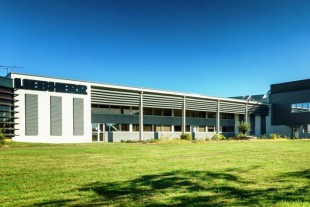 The 3,300 m² site extension represents an investment of € 6.5 million and will allow the company to introduce new means of production in order to meet its customers’ requirements based on the increase of aircraft delivery cadences. The site specializes in manufacturing precision aircraft parts such as rotors for turbines and compressors, and high-temperature valve bodies. These are used in on-board air conditioning systems or engine bleed air systems, which are part of the range of products which Liebherr-Aerospace Toulouse SAS, Liebherr’s center of excellence for air management systems, supplies to aircraft manufacturers all over the world.

The Campsas plant employs 170 staff and will from now on have state-of-the-art production machinery at its disposal – including for 3D printing. The recent investments in production equipment amount to € 3 million. Thanks to these investments, the company will increase its production hours by 10 % in 2017.

The company employs 1,300 full-time staff at two sites in Toulouse and Campsas (Tarn-et-Garonne), and achieved a revenue of € 526 million in 2016.