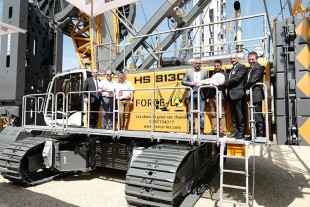 Founded in 2017 Force-Loc currently has 20 employees and is involved in the major project “Grand Paris”. In co-operation with the company Comeca Services, Force-Loc specializes in repair and maintenance work in the deep foundation industry.