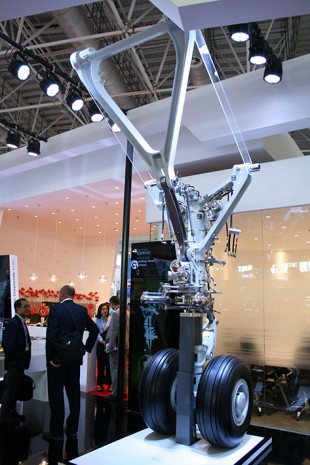 The nose landing gear which consists of a total of over 1,000 piece parts was delivered to Airbus’ A350 XWB final assembly line in Toulouse, France.

The A350 XWB nose landing gear is the largest landing gear ever to have been developed and produced by Liebherr-Aerospace Lindenberg GmbH (Germany), Liebherr’s center of excellence for flight control systems and landing gears.

Beside the nose landing gear Liebherr-Aerospace supplies the slat actuation system and various key elements of the flaps.

The company also offers support for its components and systems installed in the A350 XWB across the entire life cycle of the aircraft.