Australia, 31 March 2021 – The R 9600, Liebherr’s successor to the popular R 996B 600-tonne excavator, was launched by Liebherr Mining Equipment Colmar SAS in March. Building on years of customer-centric research and development and, using the successful R 9800 800-tonne excavator as a solid foundation, the R 9600 enters the market with high expectations. The new R 9600 excavator is equipped with the most advanced Liebherr mining technologies to date, including Assistance Systems and the Hydraulic Excavator Automation Product “Bucket Filling Assistant”.

Australia is the largest market in the world for Liebherr’s 600-tonne class excavators, with over 70% of its machines operating predominantly in iron ore and coal. Since the serial release of the R 996 in the mid 1990s, over 115 of the machines have been sold in the country.

As a result, Australia was identified as the ideal location for the trial and testing of pre-series R 9600 excavators. Two customers across two mines, have been operating pre-series machines in two different commodities since early 2020, to ensure the R 9600 can handle the harsh conditions and live up to the high expectations when it enters serial production later this year. 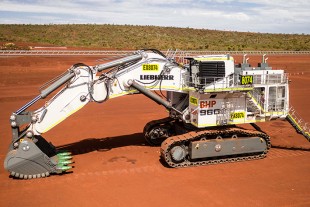 BHP has a strong history with Liebherr’s ultra-class excavators, particularly in iron ore mines in Western Australia. BHP commissioned their first R 9600 in March 2020 at South Flank iron ore mine and, by June this year, Liebherr will have six in operation at the site. South Flank, BHP’s flagship iron ore project, will be one of the world’s largest iron ore operations once in full production and aims to be one of the most revolutionary and innovatively operated mines.

The R 9600s join the already extensive fleet of Liebherr excavators for BHP WAIO (Western Australia Iron Ore), predominantly the R 9400 400-tonne and R 996B 600-tonne class machines. The reputation of these excavators, along with the consistent support from Liebherr-Australia’s local branches in Perth and Newman, resulted in BHP opting for Liebherr as the preferred supplier of ultra-class excavators for the WAIO operations.

Trent Wehr, Managing Director of Liebherr-Australia’s mining division stated, “Liebherr and BHP have strengthened our partnership over the past few years, and these six pre-series R 9600 units sold into South Flank represents the success of our collaborative efforts.” 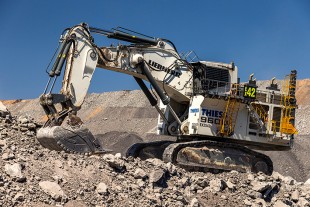 Thiess has been an equipment maintenance and operation contractor at Coronado Global Resources’ Curragh North metallurgical coal mine since 2004. Curragh North, located 30km north of Blackwater in central Queensland, has had a pre-series R 9600 in operation since May 2020.

Thiess and Liebherr are not new to product development collaborations, with the mining services provider and OEM having partnered back in the 2000s to develop the 800-tonne R 9800 excavator. As one of the major customers of the R 996/B, it was fitting for Thiess to purchase one of the R 9600 pre-series units.

Thiess’ Executive General Manager Assets Anthony De Domenico said, “partnerships like this benefit not only Thiess and Liebherr, but the broader mining industry through the trial of next generation fleet prior to its release in the market.”

Thiess’ R 9600 will be utilised on a collaborative production study in April to validate the performance of the R 9600 excavator in the coal application. Additionally, a study intended to understand the performance gains from the new Bucket Filling Assistant, a combination of Anti-Stalling and Semi-Automatic Bucket Filling functions will be conducted conjointly.

Wehr continued, “Thiess is an ideal partner for product development, having joined forces with Liebherr previously, and given our long, strategic, and successful relationship that has continued over many decades.

“Liebherr-Australia looks forward to continued success of the R 9600 at Curragh North after promising results from initial productivity studies.”

The eighth R 9600 for Liebherr-Australia will be added to a coal operation in New South Wales in mid 2021. The R 9600 will enter serial production toward the end of this year.

As with all Liebherr mining equipment, the predecessor models the R 996 and the R 996B will continue to be supported through parts and service for the duration of the machine’s lifetime. 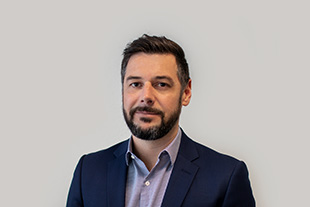