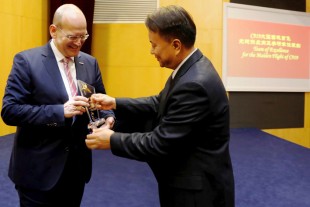 During the C919 Supplier Conference that took place in Shanghai in November 2017, Chinese aircraft manufacturer COMAC presented Liebherr-Aerospace with the award called “Team of Excellence for the Maiden First Flight of C919”.

The successful maiden flight of the Chinese regional jet had taken place on May 5th, 2017.

Liebherr-Aerospace has developed, produces and supplies the integrated air management system as well as the complete nose and main landing gear system.