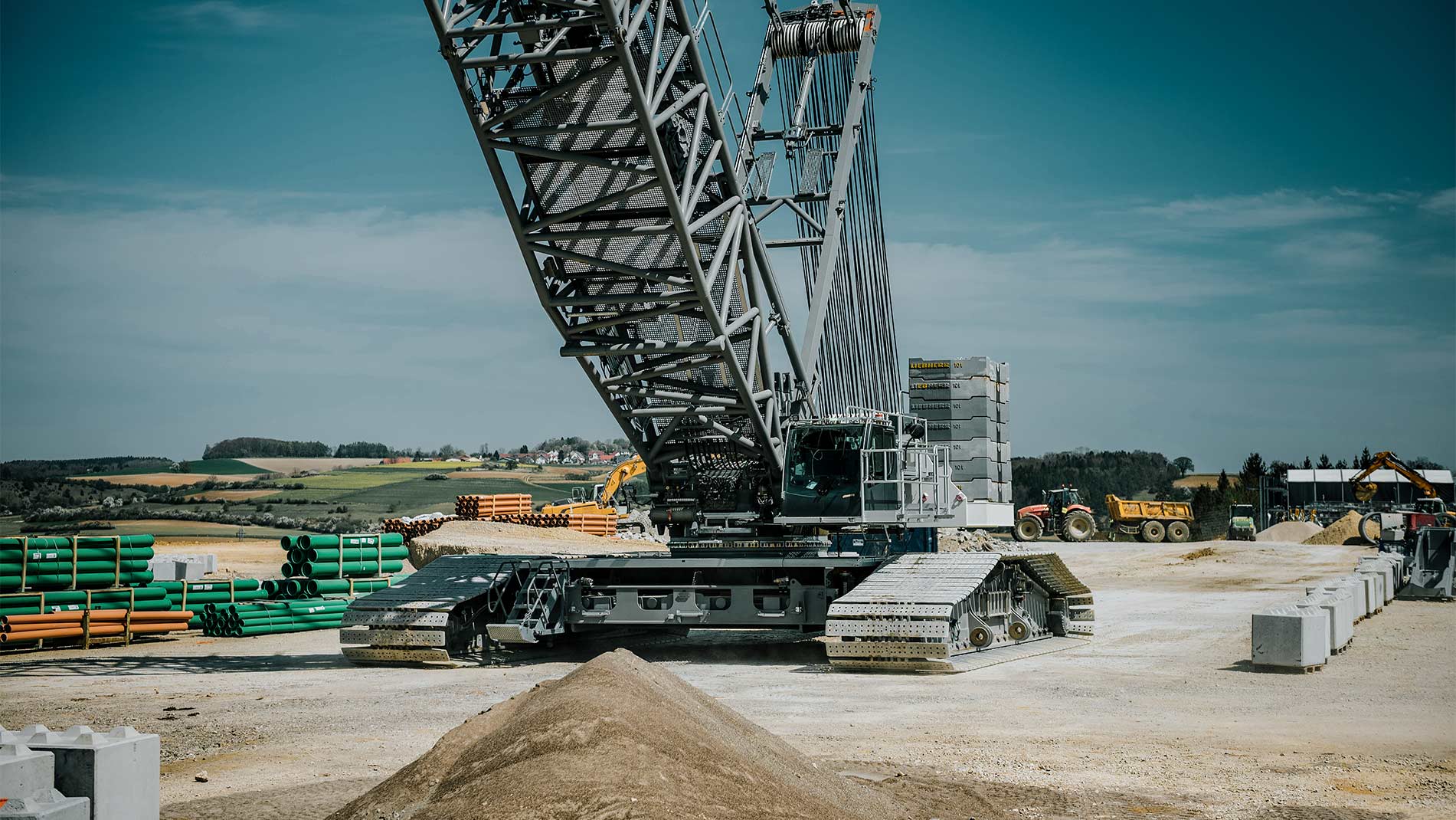 The merging of two worlds 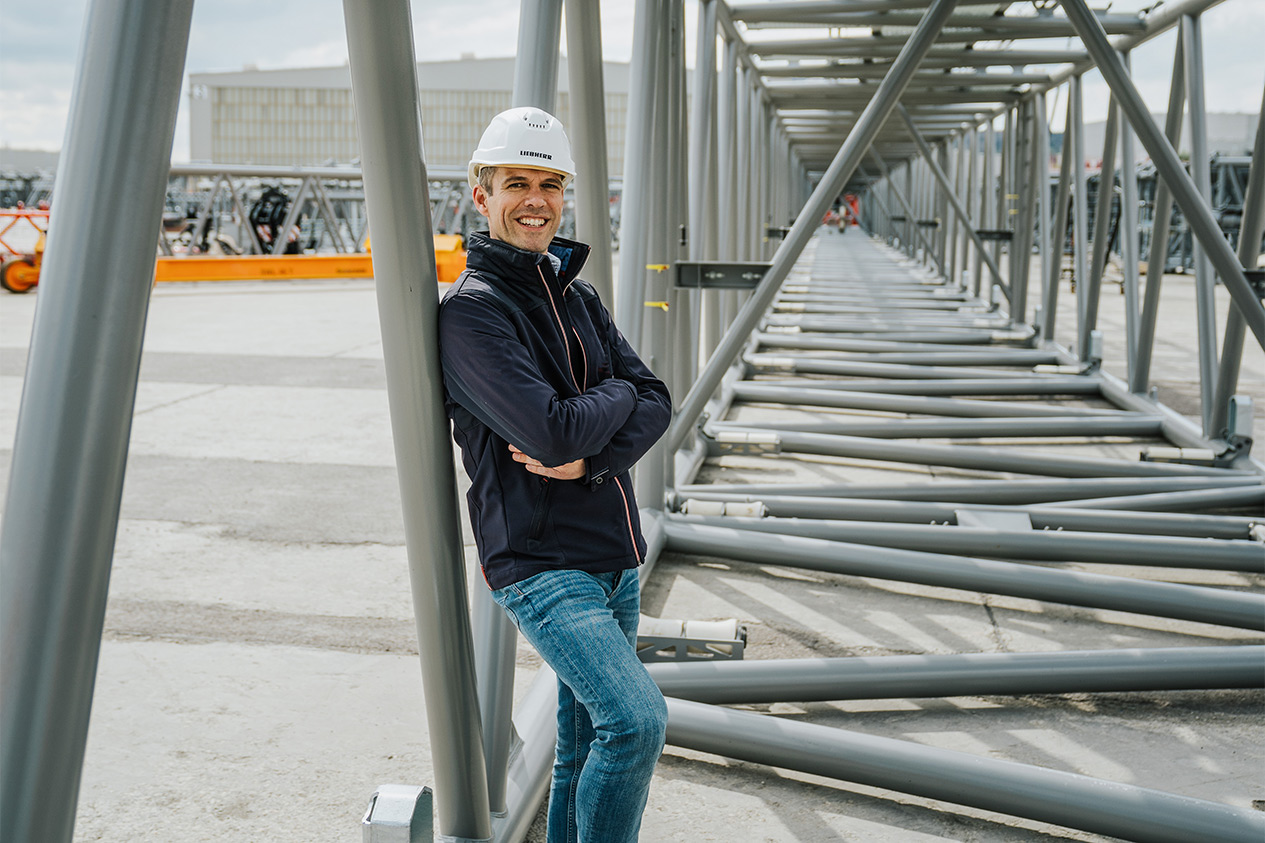 Steffen Schwertle is a Project Manager in the Structural Department and talked to us about “his” masterpiece. The LR 1700-1.0 has positioned itself in the market as a miracle of transport and capacity between the 600 and 750 tonne class.

Mr Schwertle, how did the new crawler crane come about? Which crane provided the genes for the LR 1700-1.0?

At the beginning of the development phase, we realised that a single reinforcement of the boom system would not be enough to increase lifting capacity. We therefore completely revised the superstructure and undercarriage and equipped them both with our latest developments.

Our aim was to build the perfect crane. And actually, we managed it.

Which good features of the successful 600 tonne crane have been used on the new crane?

Steffen Schwertle: We have used the luffing jib and the boom heads – a major financial benefit for operators of the LR 1600/2. We also made sure that the LR 1700-1.0 is designed to be transported as easily as is now commonplace in the 600 tonne class. 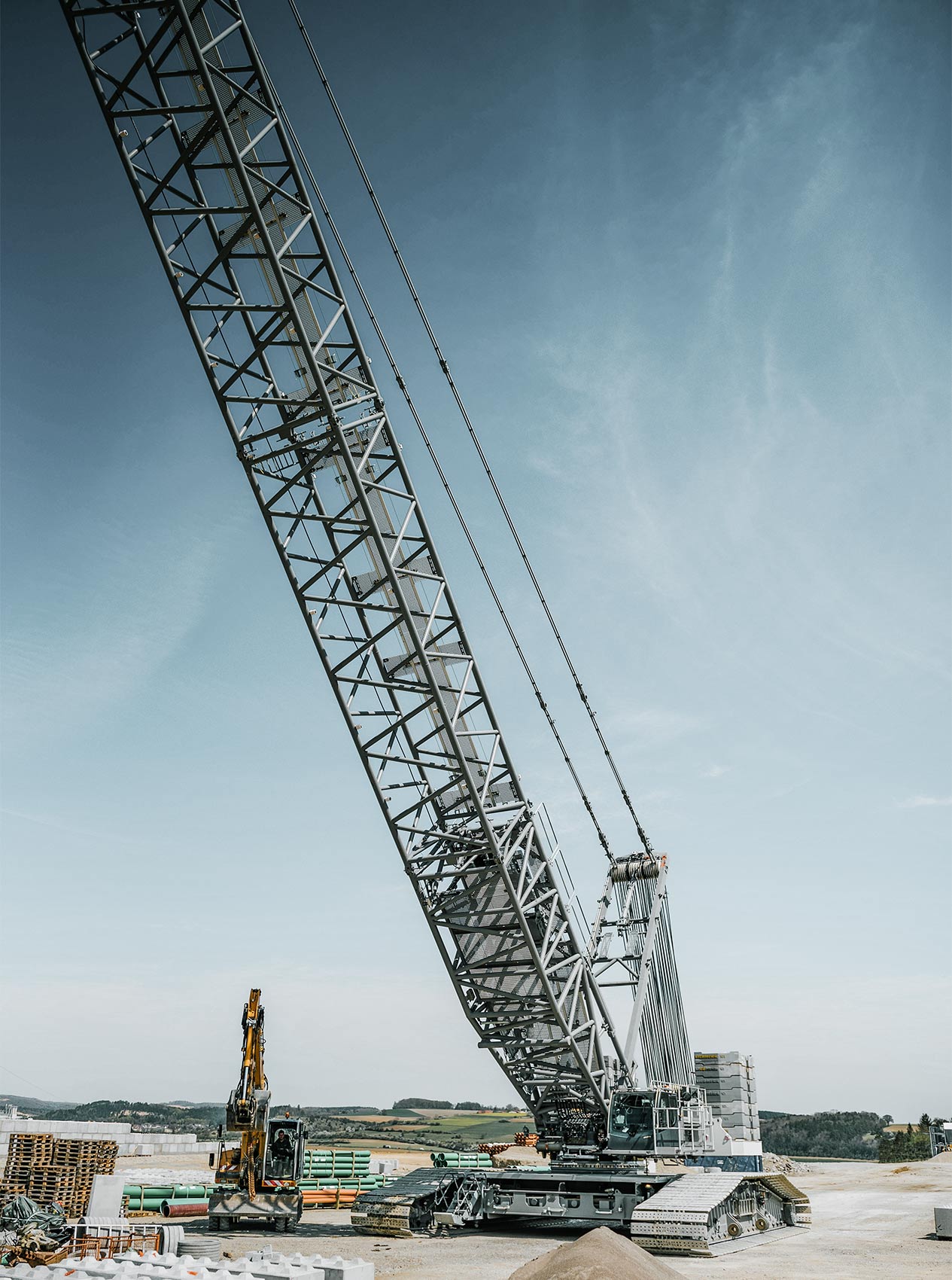 Steffen Schwertle: It is a genuine all-rounder! It is ideal for industrial work because it is so powerful and has a long luffing jib. In addition, it can be used very flexibly and is precisely tailored to the latest requirements for the erection of wind turbines. Its powerful SA-frame and luffing gear make the LR 1700- 1.0 look pretty good even in main boom mode.

And what are its differences to its predecessor, the LR 1600/2?

Steffen Schwertle: There have been quite a few changes. We have fitted the LR 1700-1.0 with an H system with a width of 3.5 metres. In addition, the derrick boom is longer to enable the crane to be erected with long boom lengths. The superstructure ballast has been increased from 190 to 230 tonnes so as to achieve better lifting capacities without the derrick system. At the same time, we have increased the weight of the ballast consoles from 5 to 15 tonnes to keep the number of ballast slabs low.

Of course, it proved quite a task because we had to prepare multiple load charts for each of the fifty operating modes. The crane is still simple for all users as the selection of the charts with various ballast versions and wind speeds is very straightforward. A number of charts is active in the background of the control system. 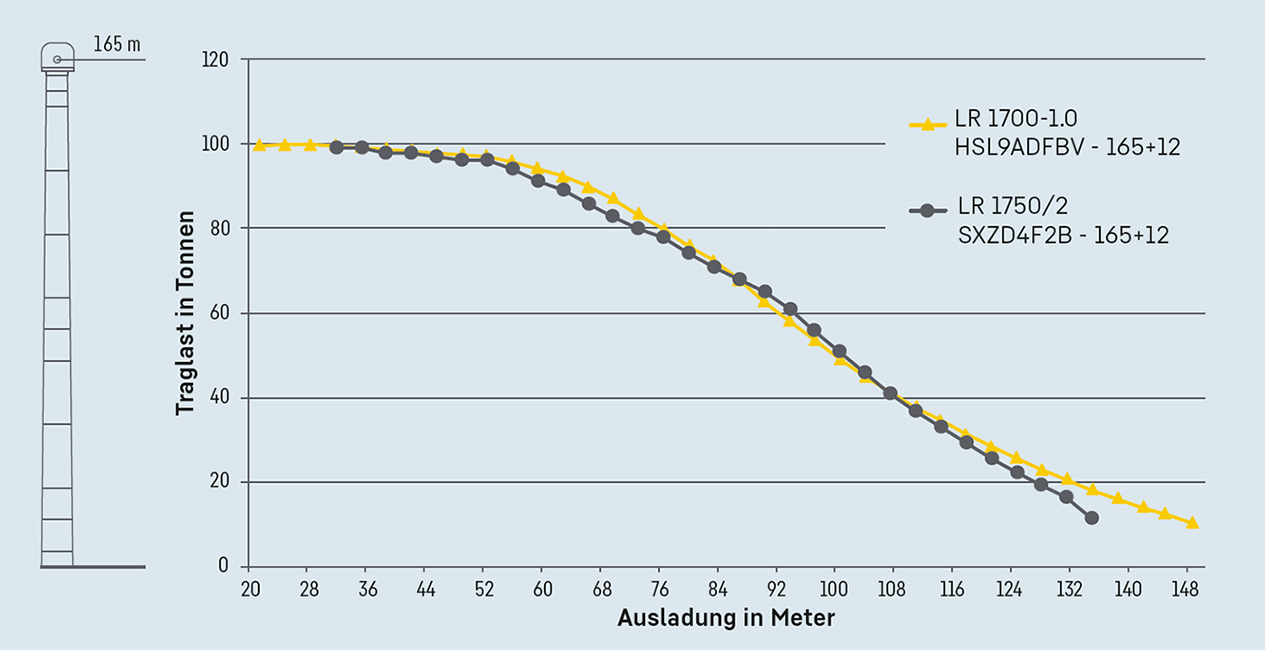 Where was your special focus in the development work with a view to wind power applications? And how did you manage to achieve the high lifting capacities?

Steffen Schwertle: One of the most successful features of the LR 1600/2 was its 108 metre main boom in SL3F mode and, later, also SL13DFB with a 156 metre main boom, each with a 12 metre fixed jib. As wind turbines are now becoming ever higher, the customer can no longer erect these new turbines using the LR 1600/2. For the LR 1700-1.0, therefore, we focused on a wind power system with a 165 metre main boom and a 12 metre fixed jib to ensure that it could erect turbines with a hub height of 165 metres. Hoisting 100 tonnes to this height is a challenge which we solved. In the past, it has only been possible to do so using the LR 1750/2 and the LR 1800-1.0.

With our new crane, this is definitely only possible because we paid special attention to this performance parameter during the development phase. You could say that we developed the boom for the LR 1700-1.0 specifically for this purpose. It is due to the interaction of the perfectly coordinated weight and rigidity of the various boom sections on a superb base machine. 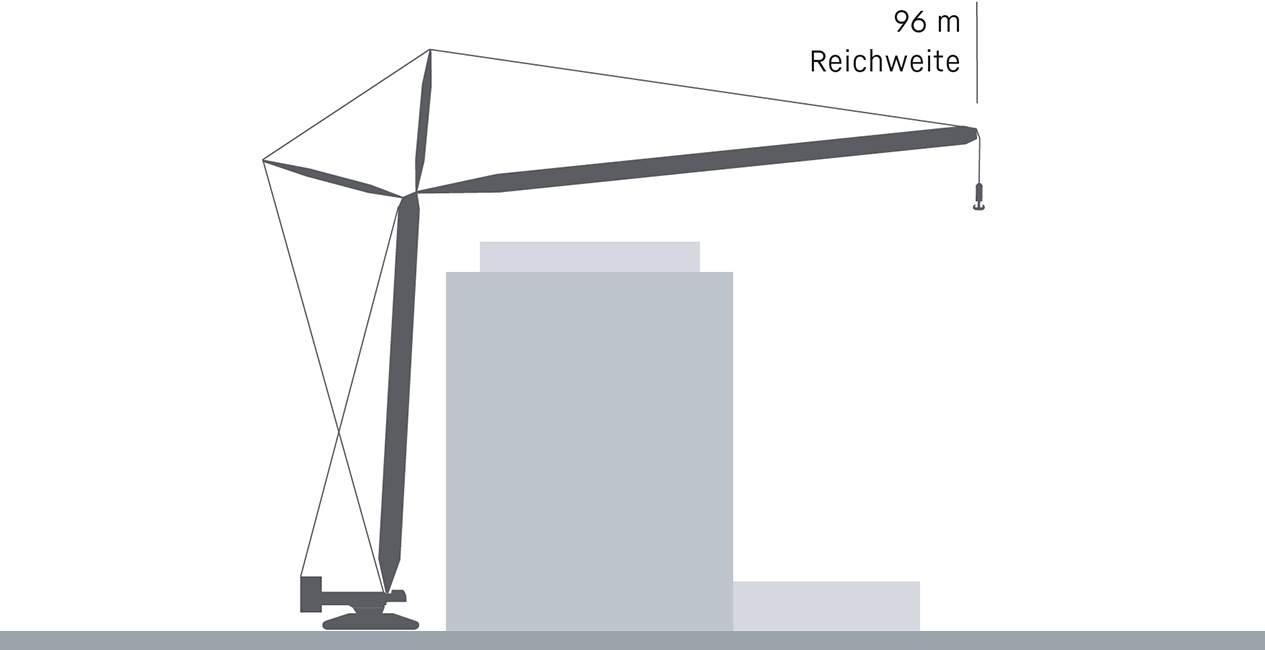 Does the crane have any other extraordinary features?

Steffen Schwertle: The LR 1700-1.0 is primed for the future. Its LICCON2 control system including monitored erection delivers a high level of safety. It also features the VarioTray adjustable suspended ballast. Another feature worth mentioning is the new S2W system, which can be raised without a derrick boom – 66 metre S2 main boom with 96 metre W jib or 72 metre S2 with 60 metre W. The boom sections have been tailored perfectly to the various operating modes. The intermediate sections can be used in all operating modes and can be used flexibly both for jobs in industry and in wind power. 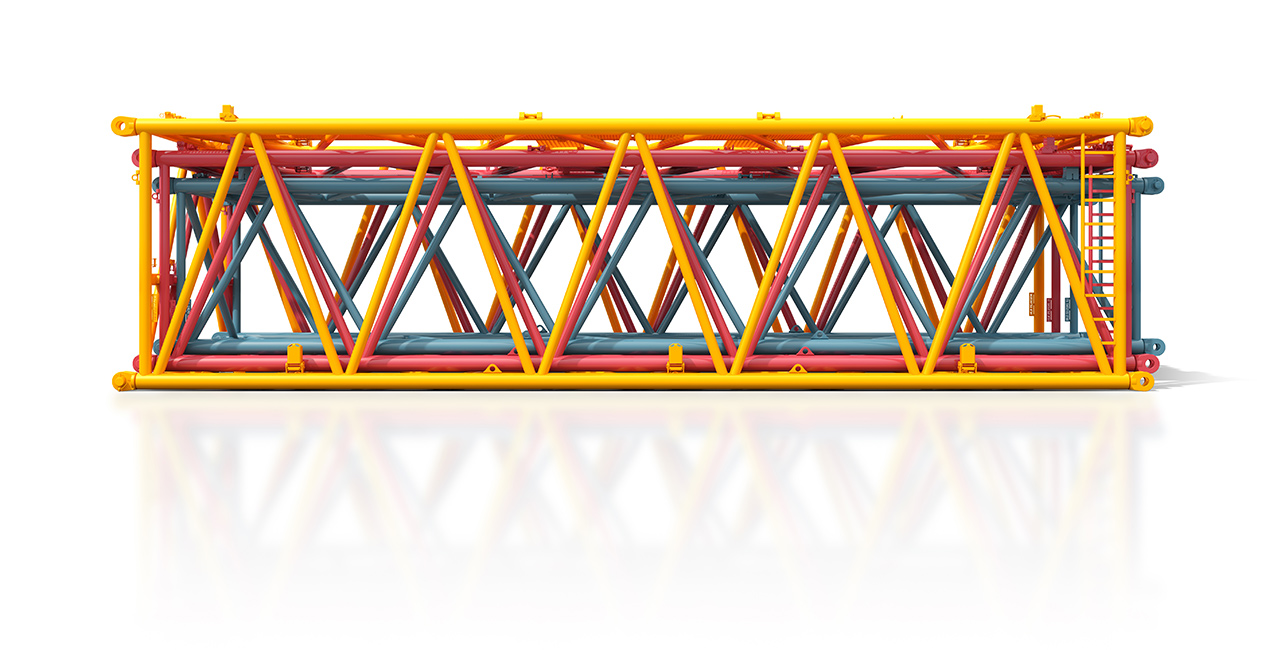 Do you have any anecdotes from the development phase of this crane?

Steffen Schwertle: Well, we structural engineers have to take a very close look when a boom section gets heavier due to a change. After all, the overall weight of the boom is the main criterion for raising the system – and if it’s too heavy, it is impossible to raise it. So my colleagues used to call me the weight police – and I suppose they were right! (with a laugh)