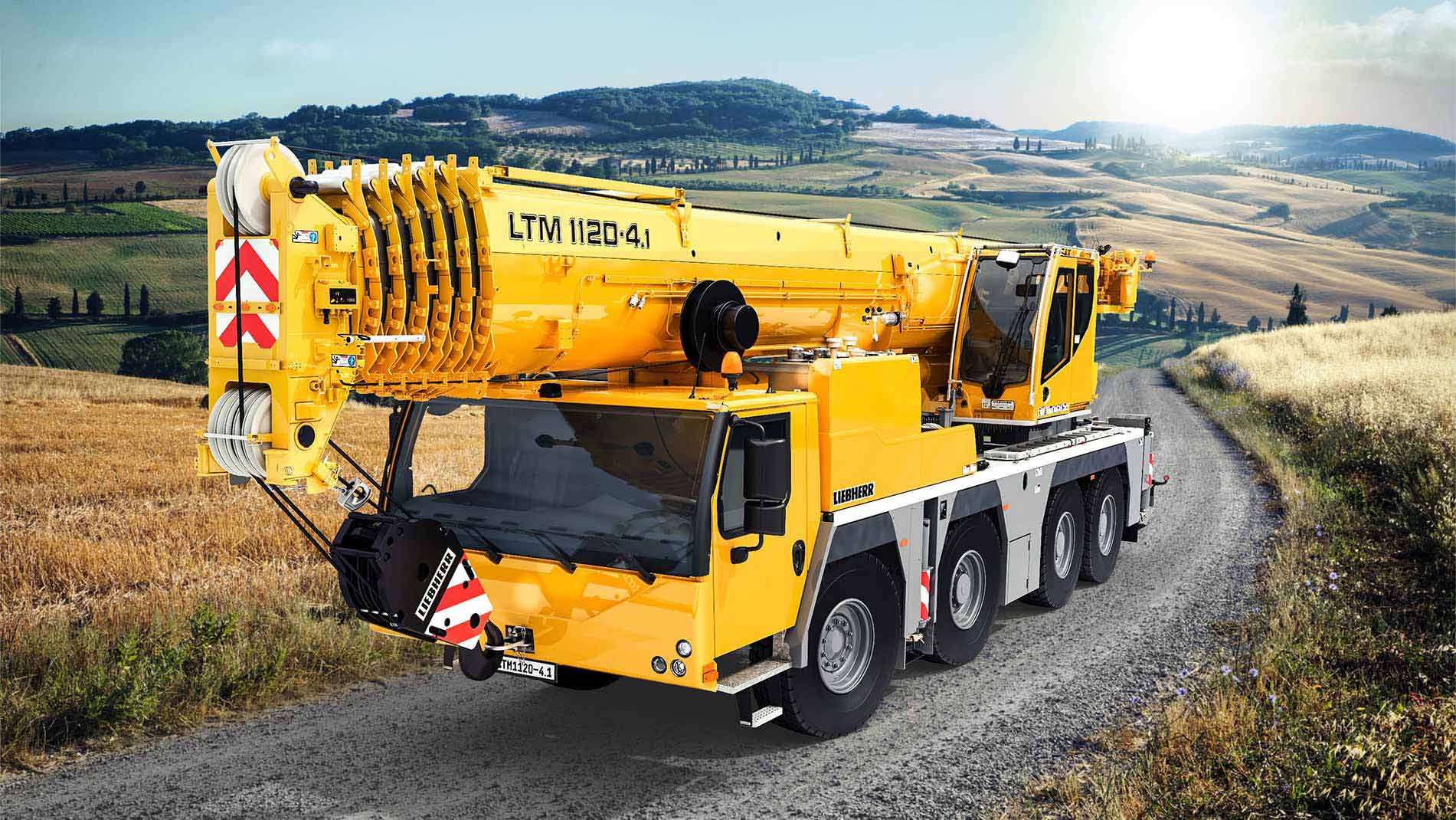 Why has Liebherr changed the axle layout on its new four-axle cranes?

When Liebherr unveiled the new LTM 1090-4.2 in 2017, some industry insiders were a little irritated by the appearance of the crane from the side. It looked a little unusual somehow. But what exactly was it? The chassis looked as though it had been stretched a little. Normally the axles on four-axle all-terrain cranes are fairly close together and the outriggers are positioned right at the front and right at the rear. But the situation is different on the new Liebherr 90-tonne crane: the front outriggers are between axles 1 and 2. Jan Keppler, Head of the Product Management Department, explains the benefits and why Liebherr has repeated the trick in 2020 on the LTM 1120-4.1.

Yes, we actually have done it again. The front outrigger on the new LTM 1120-4.1 is also between the first and second axle. Admittedly, the new chassis are not quite as compact as the ones on the previous models. But the benefits of the new layout significantly outweigh this drawback. 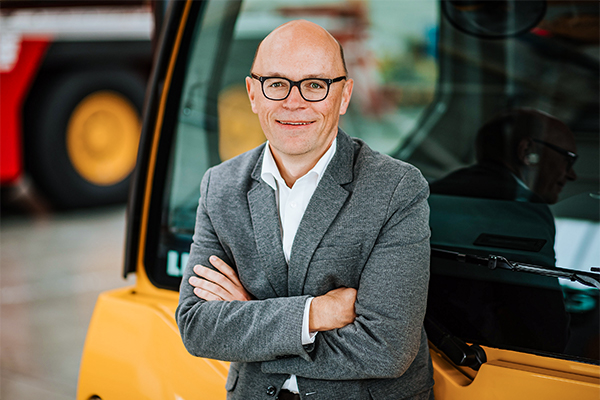 It creates more space in the ballast storage area on the undercarriage which makes the ballast radius adjustment range much larger. This is because we are using our innovative VarioBallast® system on the new LTM 1090-4.2 and LTM 1120-4.1 four-axle cranes. The cranes can be operated with two different ballast radii – mechanically slewing ballasting cylinders are used to adjust the ballast radius quickly and easily by 94 centimetres. On the LTM 1090-4.2, the small ballast radius is actually inside the outrigger width. And on the LTM 1120-4.1 it is actually 28 centimetres smaller than on its predecessor. This solution makes the crane much easier to use in constricted conditions. 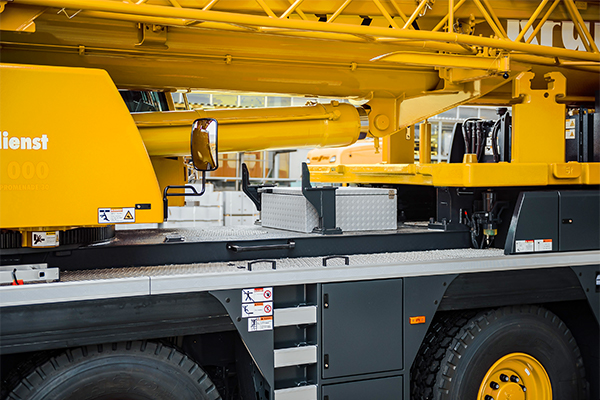 Everything stowed safely – New box near the ballast storage area.

If, however, there is plenty of space on the site, the large ballast radius can be used to good effect. The significantly longer lever arm of the counterweight means that the new models require much less ballast weight – around six tonnes on the LTM 1090-4.2 and over seven tonnes on the LTM 1120-4.1.

And there is another benefit. The greater space between axles 2 and 3 is used to store support timbers. This eliminates the need for a storage box at the rear of the vehicle. In addition, the new four-axle cranes have additional storage compartments for attachments and other equipment on the crane chassis.

What is more, even if the spacing between the axles has been increased slightly, our designers have managed to retain the manoeuvrability of the new cranes at a high level. 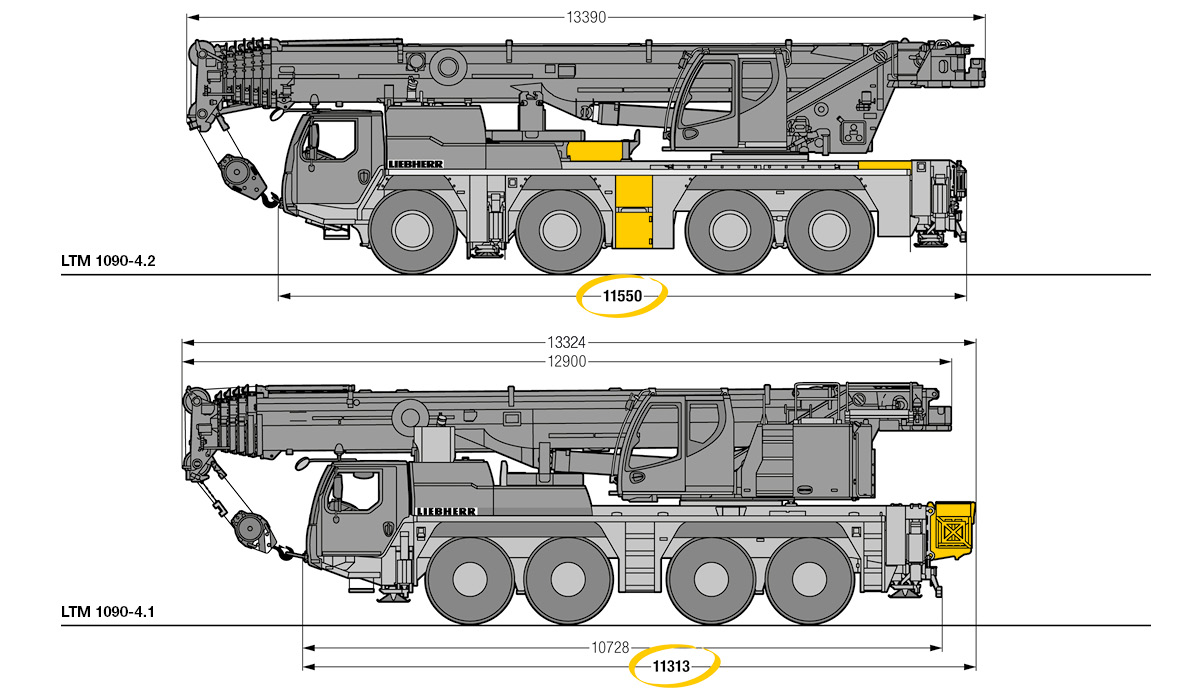 Finally, we have a little something for the connoisseurs among you – years ago we built a four-axle LTM crane on which the front outriggers were positioned between the first and second axle. If you know which crane model this was, write to us at . A draw will be made from the correct answers with prizes of three 1:50 scale models of the LTM 1090-4.2. Clue: It was only available in certain markets. 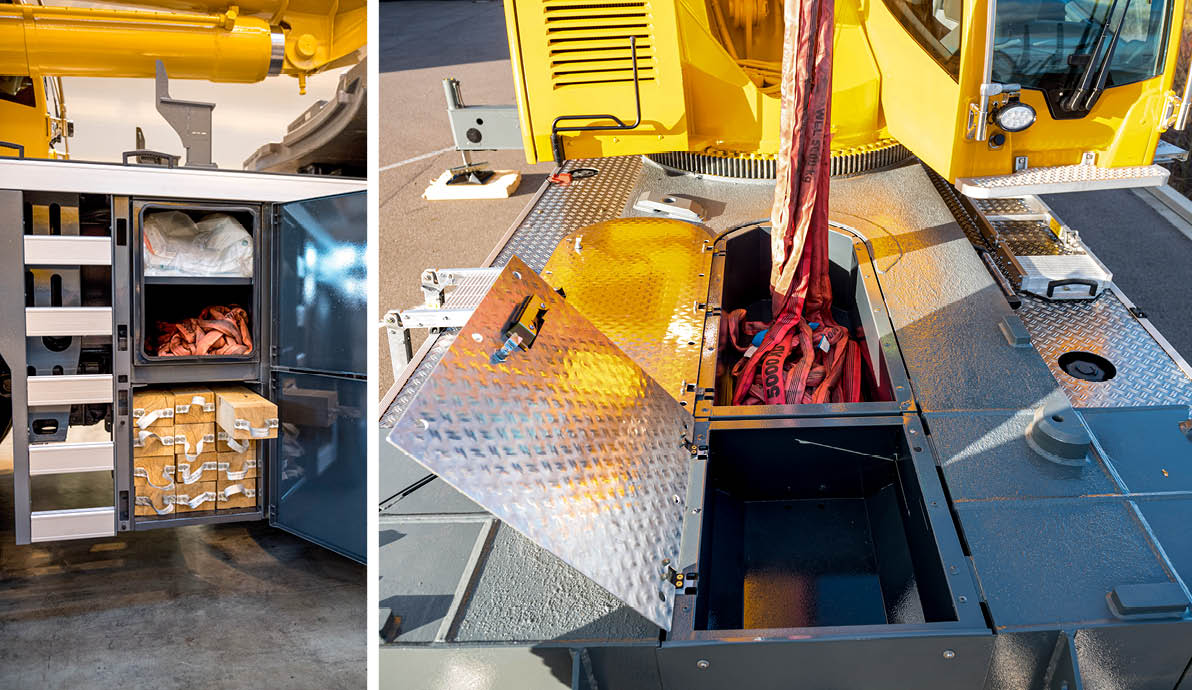 The storage boxes are integrated on the new four-axle cranes. There is therefore no longer any need for a storage box at the rear of the vehicle.