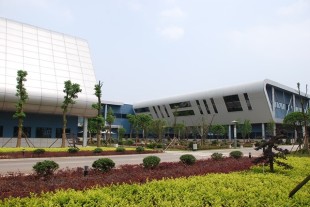 Arndt Schoenemann, Chairman of the Board of Directors of Liebherr LAMC Aviation (Changsha) Co., Ltd. and Managing Director of Liebherr-Aerospace Lindenberg GmbH, remarked: “This great achievement has been made possible by the combined engineering and industrial expertise of both Liebherr-Aerospace’s and LAMC’s teams. They have joined forces to enable Liebherr LAMC Aviation (Changsha) to successfully go through the various approval stages and become a high-performance supplier of landing gear. This milestone opens the door for series production.”

The first program completely managed by the Joint Venture is the landing gear system of COMAC’s C919 aircraft. As the Joint Venture develops further, it will be given responsibility for other aircraft programs.

Liebherr LAMC Aviation (Changsha) Co., Ltd. was established in 2011 to develop and manufacture landing gear systems for the Chinese aviation industry as well as the international aviation market.