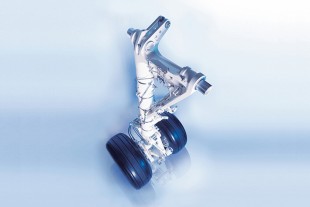 Liebherr-Aerospace will start in early 2017 to carry out all overhaul activities of the nose and main landing gear systems at its facility in Lindenberg (Germany).

Sun Xinkai, General Manager of Tianjin Airlines’ Maintenance Engineering Department said: “Tianjin Airlines is the first airline in China which will carry out the E-Jet190 aircraft landing gear echelon replacement. The overhaul conducted by Liebherr-Aerospace will contribute to the safe operation of our E-Jet 190 fleet and to our high standards in performance and reliability. This cooperation will provide us with data support and experience for future landing gear repair work applied on the same series of aircraft in China.”