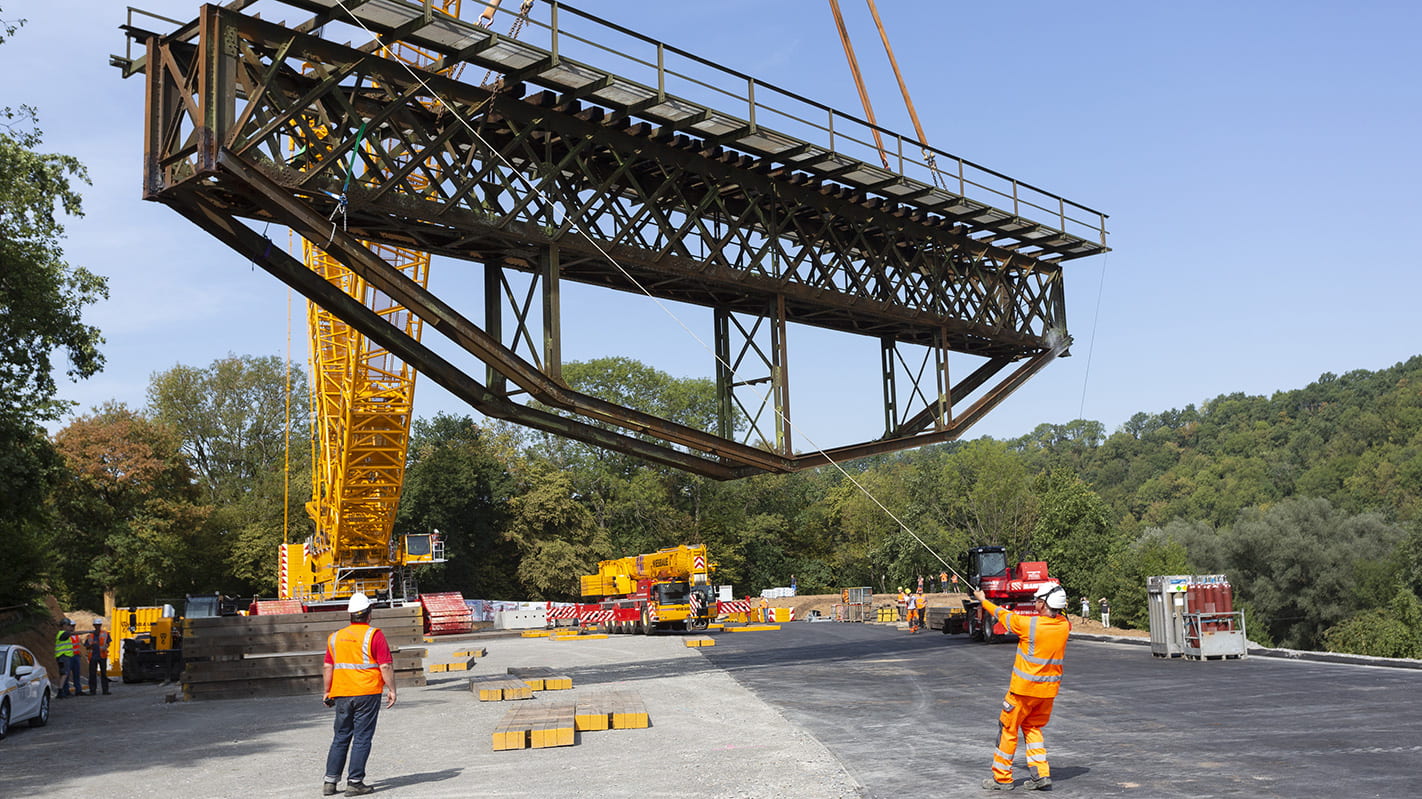 “They are worlds apart!”

The old railway bridge had spanned the Buchenbach Valley, around 20 kilometres north-east of Stuttgart, for a whole century. But now the days of the historic lattice construction were numbered. Deutsche Bahn AG set the bridge at time limit until the end of the year as a result of its structural strength and condition. The Liebherr LR 11000 crawler crane from Wiesbauer has now replaced the bridge with a temporary structure.

… but then things went relatively quickly because the crane has a very logical design. 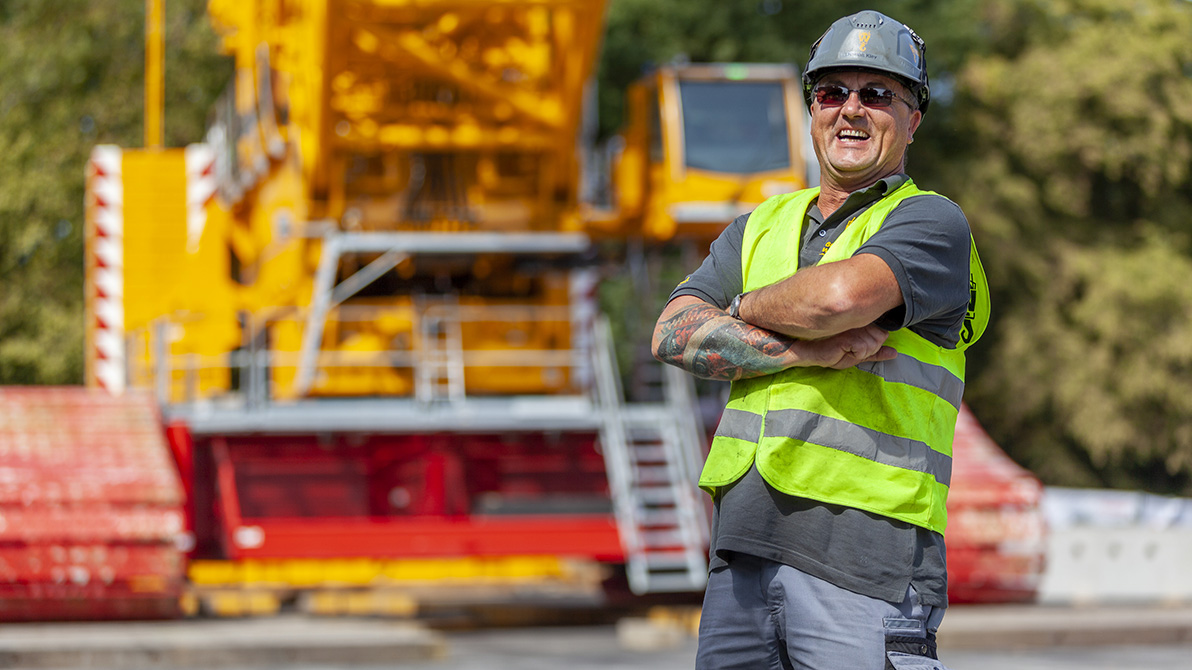 You might think it’s a large crane for a relatively small bridge. After all, weighing just 60 tonnes, you would not necessarily think that a massive crane with a 1000-tonne lifting capacity would be required. However, things were a little more complicated than they seemed at first glance. The railway line with the ageing metal bridge actually passes through a flora and fauna habitat, a nature conservation area with a high protection status. There is no road on which the cranes and low loaders could have driven to the bridge and it was not possible to build a temporary road as a result of the nature reserve.

A large set-up area for the large crawler crane was created at the edge of the habitat on a slope, on which it would also be possible to dismantle the removed bridge afterwards. The plans also had to take into account the fact that the new 150-tonne bridge would be assembled and hoisted into place from this site in two years time. Until then, the trains would use the temporary bridge. 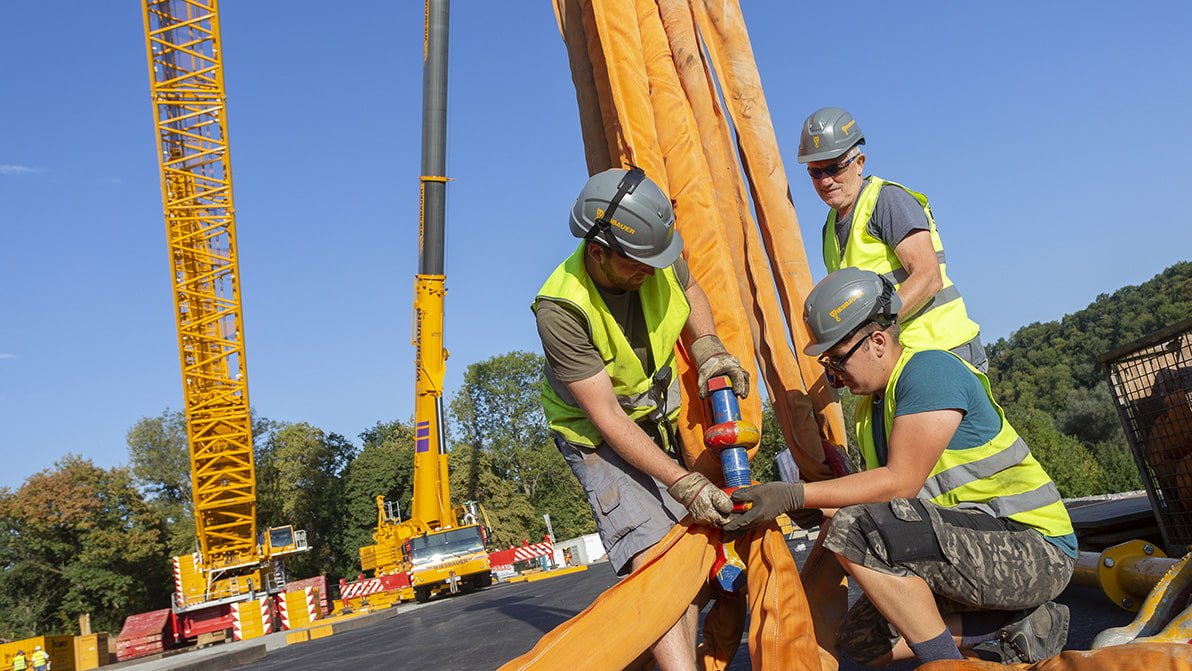 First of all, however, the LR 11000 had to remove the construction which took the form of a so-called fish-bellied bridge, using a radius of around 60 metres. Fitted with a 96-metre main boom and a derrick boom, the crane moved the decommissioned lattice construction out of the nature conservation area. A total of 405 tonnes of ballast, 225 tonnes of which were on the derrick pallet, ensured that the crawler crane had sufficient counterweight. However, before the load could be placed on the floor, the fish-bellied girder had to be cut. The fitters used flame cutters on the arched girder underneath the bridge support from which the bridge derived its name. Hoisting in and assembling the parts for the temporary bridge was then a matter of routine for the professional team from Wiesbauer.

Crane operator Thomas Kley, who alternated in the cabin of the 1000-tonne crane with his colleague Hans-Günther Zelewski, is delighted with his new machine. After almost three years operating a crawler crane from a rival brand, he says the switch to Liebherr was not a problem at all. “When I arrived in Ehingen for the crane handover, at first I thought that the switch would be difficult,” admits Kley frankly, “but then things went relatively quickly because the crane has a very logical design.” The set-up procedure, crane controller and the whole crane logic system is much easier for the user. “They are worlds apart. Worlds.” 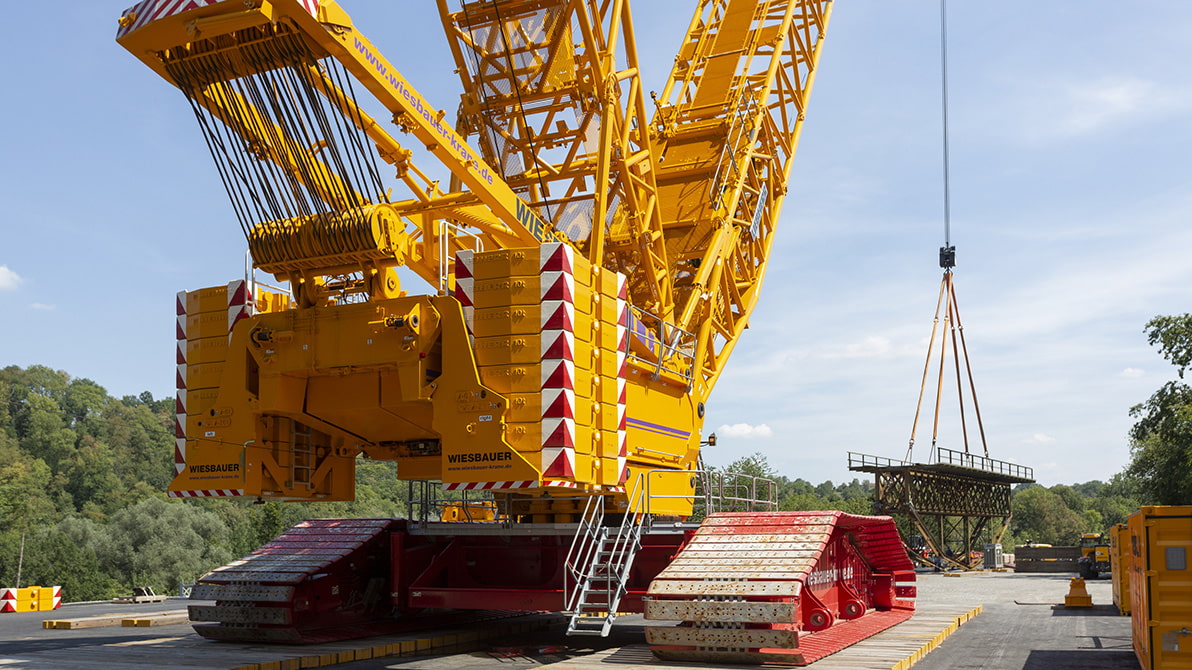