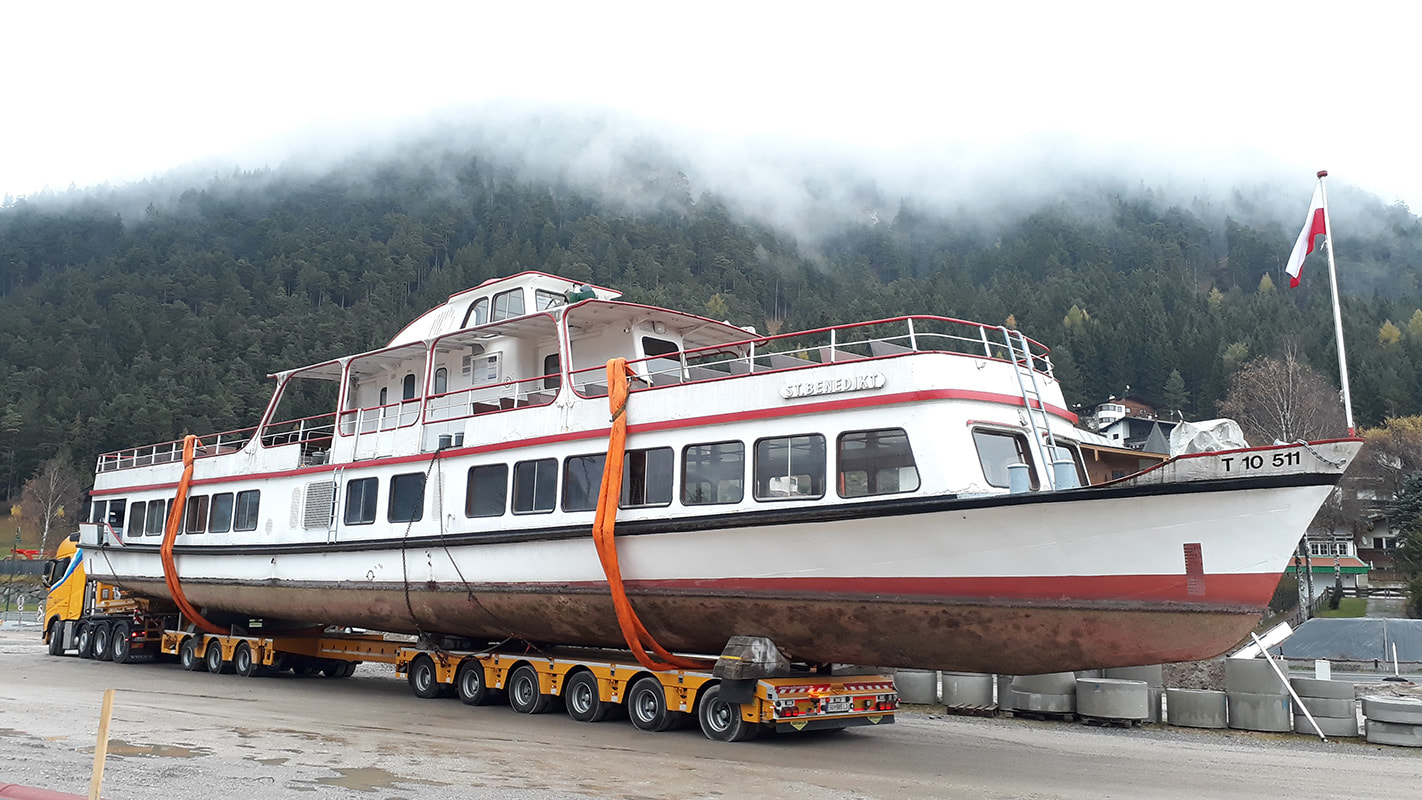 A cross country trip for a ship

For almost 60 years the St. Benedikt worked as a liner on the Achensee in Austria. Recently two LTM 1350-6.1 cranes lifted the 82-tonne ship on land after it was replaced by a new one. However, the St. Benedikt was spared being scrapped – the ship will become a play and adventure ship in the new Atoll Leisure Park in Maurach am Achensee. 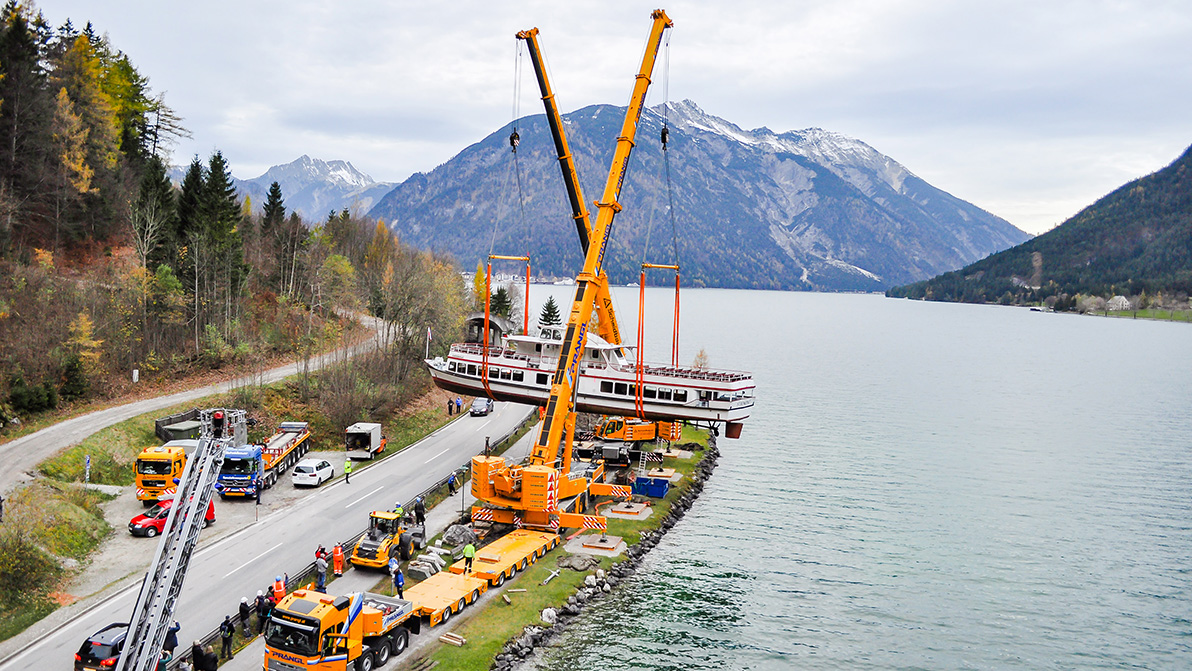 Going to the playground at 60

Pertisau lake shore – the St. Benedikt is steered precisely under the traverses and hoisting belts of the two LTM 1350-6.1 mobile cranes. To ensure no damage was caused, the hoisting belts were placed in precisely predefined positions on the ship. The two 350-tonne cranes from Prangl and Schmidbauer then hoisted the ship out of the water. The St. Benedikt was swung through the gap between the two mobile cranes with fingertip control and good coordination between the two crane drivers and the ground personnel. Just above terra firma, personnel from the Achensee shipping company removed the rudder and the screw using a flame cutter. 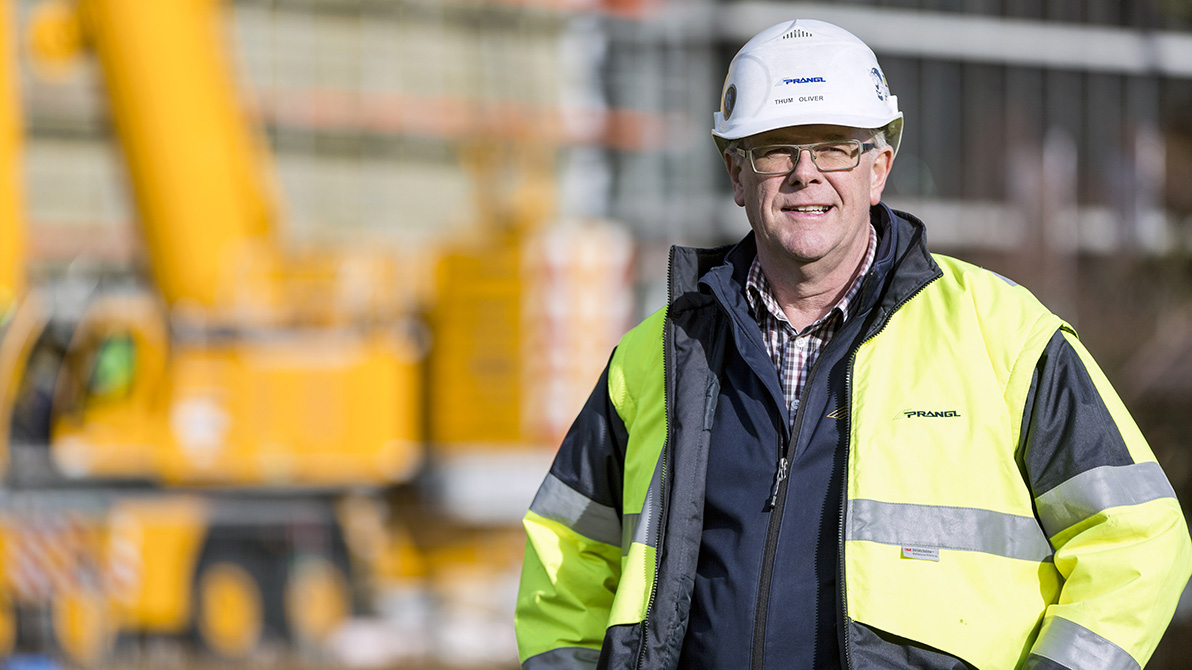 After sunset the ship was loaded and secured on the waiting Prangl special low loader once the road outside had been closed. The low loader then took it to Maurach on the other side of the lake.

The two LTM cranes then also made their way to Maurach. The field in which the ship was to be positioned had already been prepared to support the low loader and the two cranes. The 350-tonne cranes hoisted the St. Benedikt off the low loader, swung it through again between the two of them and then placed it on the prepared concrete foundations.

There were two major challenges with this job – the ship had to be handled so that it was not damaged. It also had to be swung twice through the gap between the cranes. 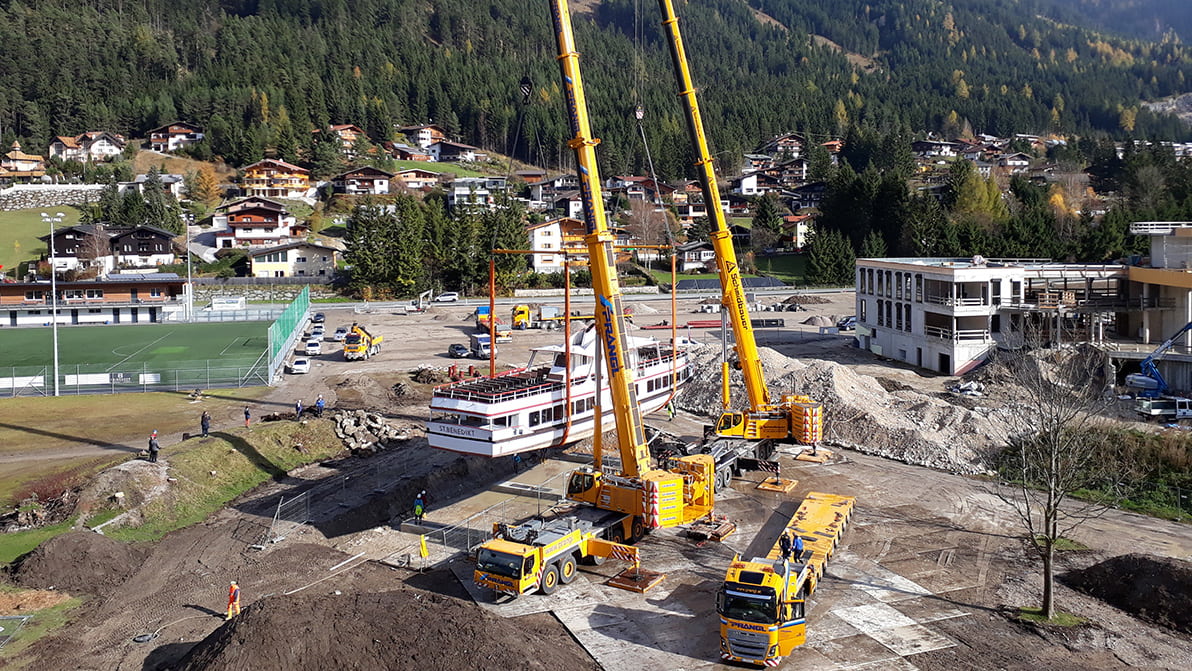