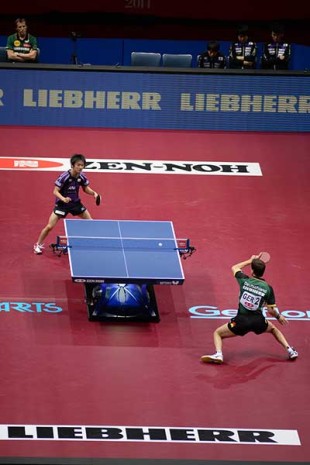 Liebherr at the World Table Tennis Championships in Tokyo

Liebherr had a strong presence at the 2014 World Team Table Tennis Championships from 28 April to 5 May in Tokyo. The group not only sponsored the event itself, but has also sponsored the German and Austrian teams for many years. 220 teams from 125 countries competed in the championships. One of the sporting highlights was the silver medal won by the German team, consisting of Timo Boll, Dimitrij Ovtcharov, Patrick Franziska, Steffen Mengel and coach Jörg Roßkopf.

The world championships were televised in more than 100 countries. They were also very popular on live internet streams and social networks.