The Aerospace and Transportation Systems product segment achieved sales of € 1,024 million, which represents a decrease of € 466 million, or 31.3 % compared to the previous year. 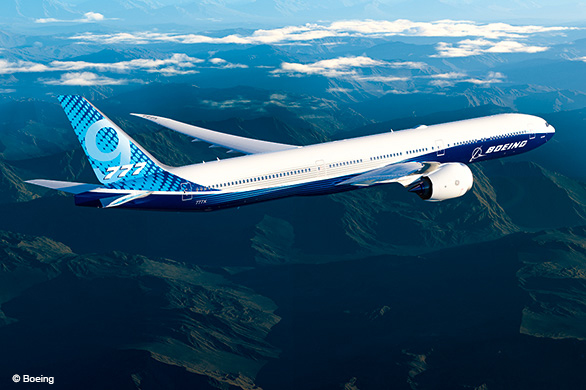 The world experienced an abrupt decline in air traffic and to a lesser extent in railway traffic, generating serious consequences for operators, aircraft and railway vehicle manufacturers as well as for their suppliers. This has also interrupted the product segment’s steady growth of the last years.

The Asia-Pacific aerospace market initially suffered but recovered during the year. The domestic market in China recovered to its pre-pandemic level in October 2020. The region Africa and the Near and Middle East saw a decline in sales. In the European Union, the non-EU countries and the Americas, sales dropped considerably, and recovery will take time.

In addition to the current crisis, aviation and the railway industry are facing major challenges with regard to climate-neutral travelling. New demands will be levied on the suppliers and Liebherr must prepare for them.

Working on the transportation of the future

Liebherr supplies major systems and components, including the folding wing tip system, the first of its kind integrated in a civil aircraft, for the new Boeing 777X aircraft, which had its maiden flight in 2020. The all-new business jet Gulfstream G700™ also took off with Liebherr’s pneumatic component package for Rolls Royce’s Pearl 700 engine on board. Liebherr was also selected to develop and supply the integrated air management system for the new US-American AS2 super-sonic business jet. Furthermore, Liebherr systems and components entered into service on board Airbus’ extra-large transport aircraft, the BelugaXL. The landing gear overhaul acquisition campaign was also fruitful. Contracts for the overhaul of Embraer E-Jet E1 landing gears were signed with several airlines.

Liebherr enlarged its footprint in the automotive sector. Its fuel cell air compressors are built into the new seven-seater SAIC’s Maxus EUNIQ 7car, as well as into hydrogen-powered shuttle buses in China. The product segment entered space travel as a new market. Together with a partner and the French Centre National d’Etudes Spatiales it will develop thermal management capabilities for evaporators and condensers for a mechanically pumped loop cooling system for the next generation of telecommunication satellites. Within the European research project Safe4RAIL-2, Liebherr worked intensively with seven consortium partners on the development of the next-generation Train Control and Monitoring System (TCMS). In August, the Liebherr-Transportation Systems (China) Co., Ltd. production site was opened in Pinghu (Zhejiang province), which develops, produces and services components and systems for rail transport in China and worldwide.

Liebherr anticipates a recovery period of several years for civil aviation and the aftermarket. For transportation systems, continuous growth in the automotive industry is expected, especially in China.