The dream of flight has moved on a level. Today, it revolves around producing a complete aircraft using a 3D printer. That stage has not yet been reached. However, a team of researchers at Liebherr is gradually getting closer to achieving this dream. 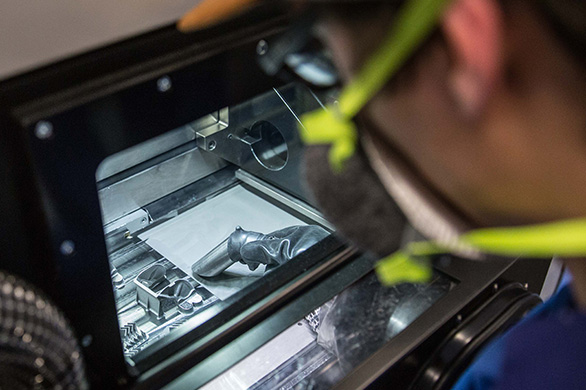 "I would never have thought that I would enjoy vacuum cleaning so much," says Adrian Führer, attaching the hose of the suction device to the machine. He taps the touchscreen. The device hums into action. Through the observation window, he watches his creation emerge from the grey dust. "It is always a great moment when the component is revealed in its full glory," he says. The industrial mechanic is responsible for the 3D printer at Liebherr-Aerospace: he sets it up for print jobs, fills it with titanium powder, prepares the laser for the computer-controlled melting of the material – and, last but not least, vacuums up the excess titanium powder. "I find 3D printing amazingly exciting. When I was asked if I wanted to work with the research team, I didn't have to think twice. I said yes straight away," says Adrian Führer.

In the Liebherr factory in Lindenberg, the 3D printer is located centrally between production, dispatch and assembly. In a production area surrounded by glass walls, at the centre of which stands the computer-controlled printing machine, which is taller than a person. A live transmission of what is currently happening in the printer is shown on a large monitor. Employees and visitors walking past frequently stop to take a look at the future of industrial production technology. In front of the printer stands a highly polished titanium component for an Airbus A320. "Funded by the Federal Ministry for Economic Affairs and Energy" reads the label. 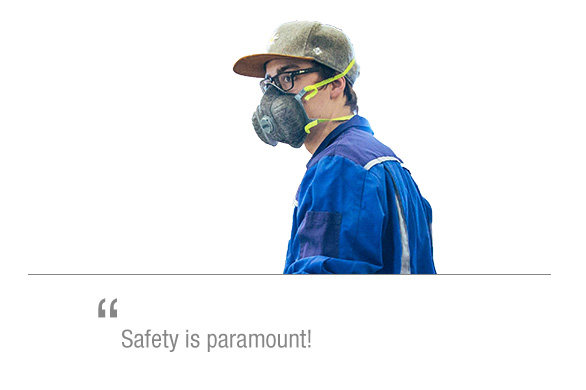 Adrian Führer talks about his work with great enthusiasm. "The printer builds up a component from a large number of thin titanium layers, each just 30 to 60 micrometres thick," he says. "The laser travels across the titanium powder, following a design model precisely, and melts it down with millimetre precision using a blinding point of light. In this way, the component gradually takes form from the bottom up." The printer requires about 20 hours to print a valve block which will accommodate a maze of cables and pipes and can be used to control an aircraft's landing flap. 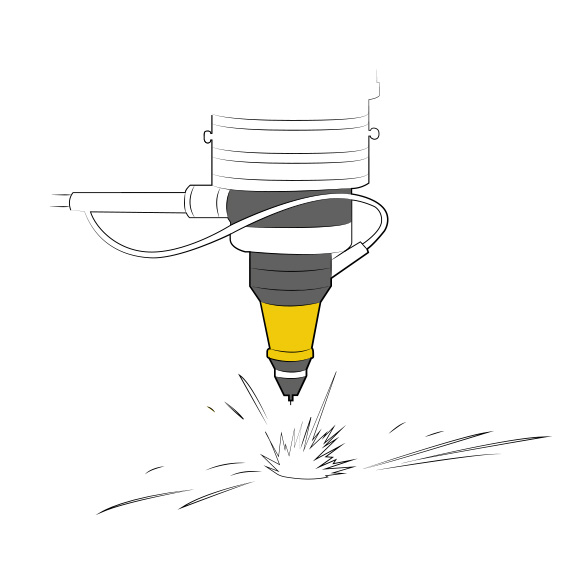 The future of 3D printing

One of the areas in which this manufacturing method is used is that of rapid prototyping, the construction of illustrative and functional prototypes. Product development and market launch times can be shortened significantly by this method. Additive manufacturing is now increasingly being adopted in series production. It opens up opportunities for large OEM manufacturers from a wide range of industries to differentiate themselves in the marketplace – in terms of new customer benefits, potential cost savings and achieving sustainability targets. 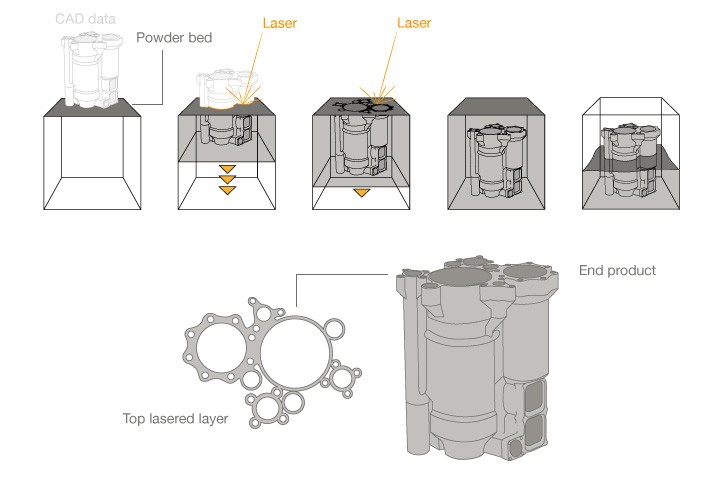 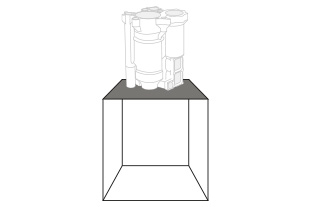 The component is freely designed on the computer, and the design is made available in the form of CAD data. This is input into and activates the 3D printer, which has been prepared with titanium powder. 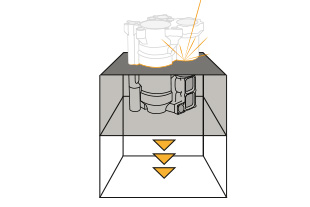 The laser beam travels precisely in accordance with the CAD design specifications, and the high-energy beam triggers the melting process. 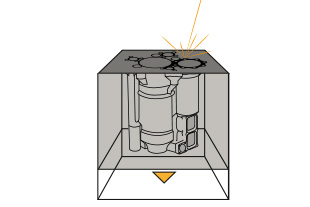 New titanium powder is repeatedly applied and melted in millimetre-fine layers. The titanium copy of the CAD design emerges layer by layer. 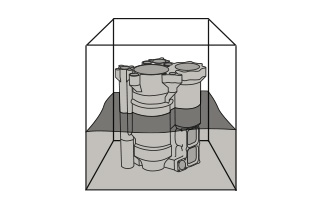 When the top layer is complete, the excess powder is removed by suction. The part in its raw state is finished. Most of the remaining powder can be reused for new designs. 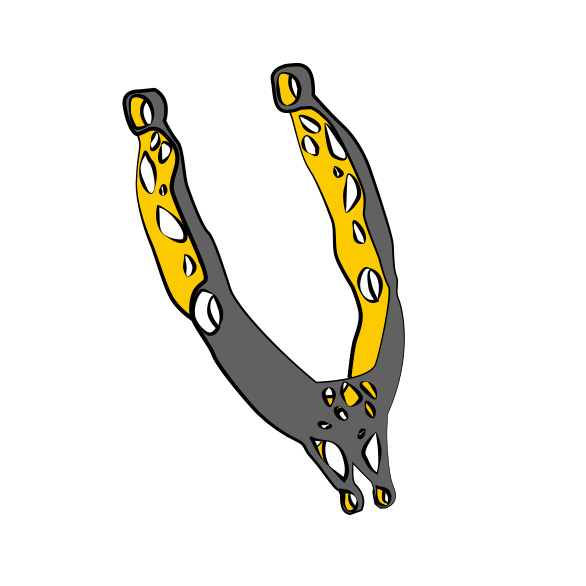 Using conventional technologies like milling, turning or casting, many complex geometries can be manufactured only to a restricted extent or at high cost. Additive manufacturing, by contrast, enables the design and production of high-strength lightweight structures which cannot be manufactured using conventional production methods. It therefore offers draughtsmen and designers maximum design freedom and enables the production of extremely complex structures. Any conceivable form that can be designed using a 3D CAD programme can be manufactured in this way. There are no restrictions whatsoever – even in the manufacture of hollow structures. This is possible because material is melted only at the points specified in the CAD design.

One major advantage of additive manufacturing is that it provides completely new ways of integrating functions. Thanks to tool-less laser technology, all the parts needed can be manufactured in a single step - including functional components such as valve blocks, tanks, cylinder housings and filters. As a result, the majority of the assembly steps that would otherwise be necessary do not apply. This brings savings in terms of money, weight and assembly space, simplifies logistics and minimises the probability of errors in production. 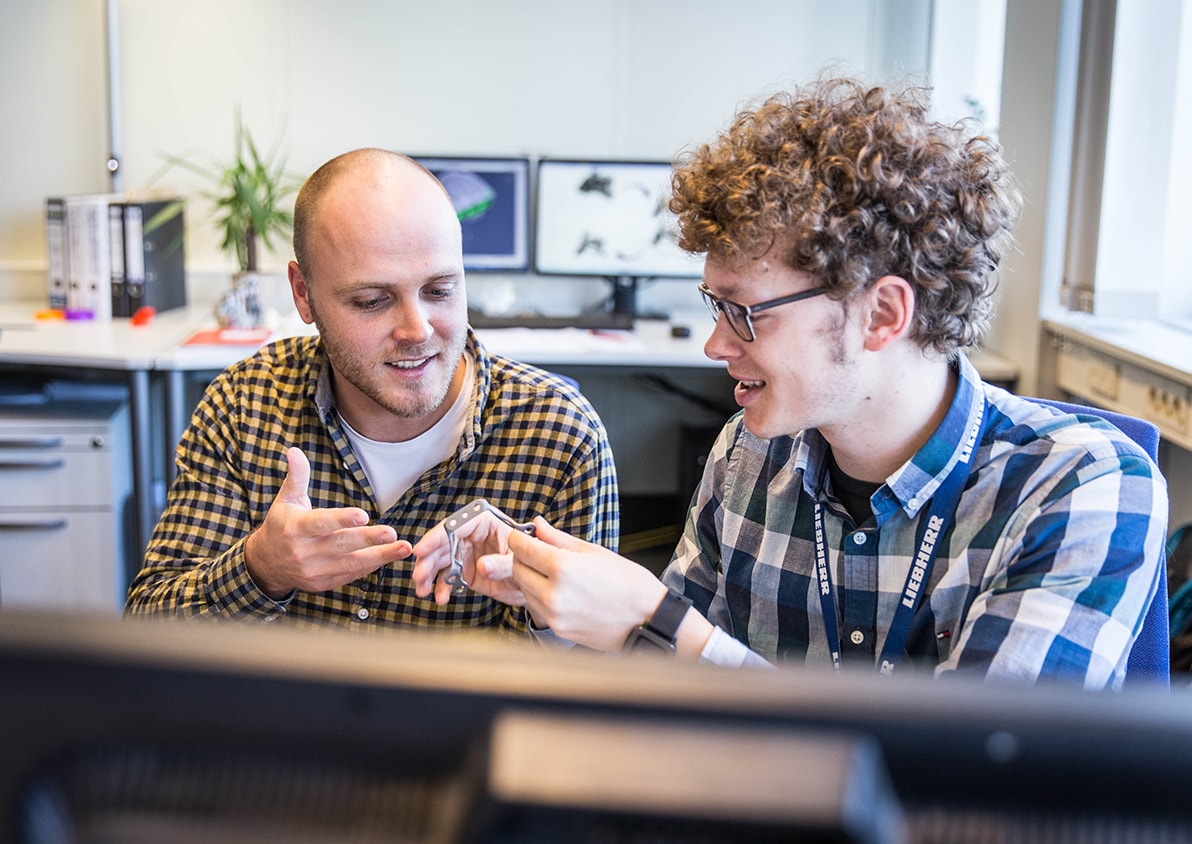 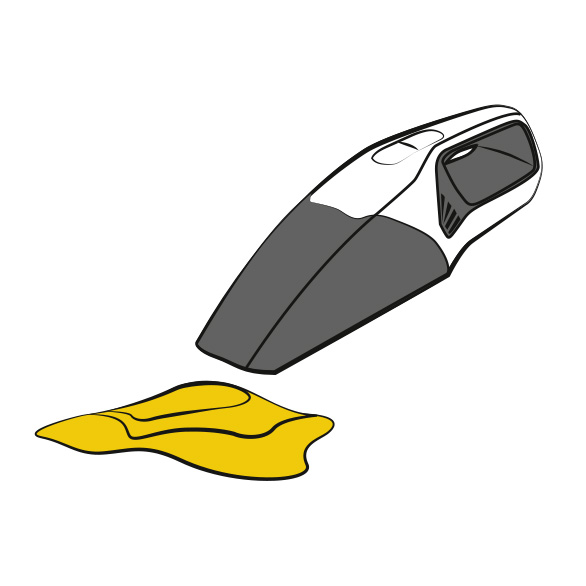 Made entirely of powder – the material of the future

Titanium is a metal that offers a range of advantages. It is not only light and mechanically stable, but is also biocompatible and has very good corrosion resistance. Titanium is therefore a highly sought-after material for additive manufacturing processes in high-tech areas such as aerospace, space exploration and medicine. In Lindenberg, the main titanium alloy used is Ti6Al4V, an alloy which is particularly suitable for aviation. The Liebherr colleagues in Toulouse work primarily with nickel alloys and plastics. 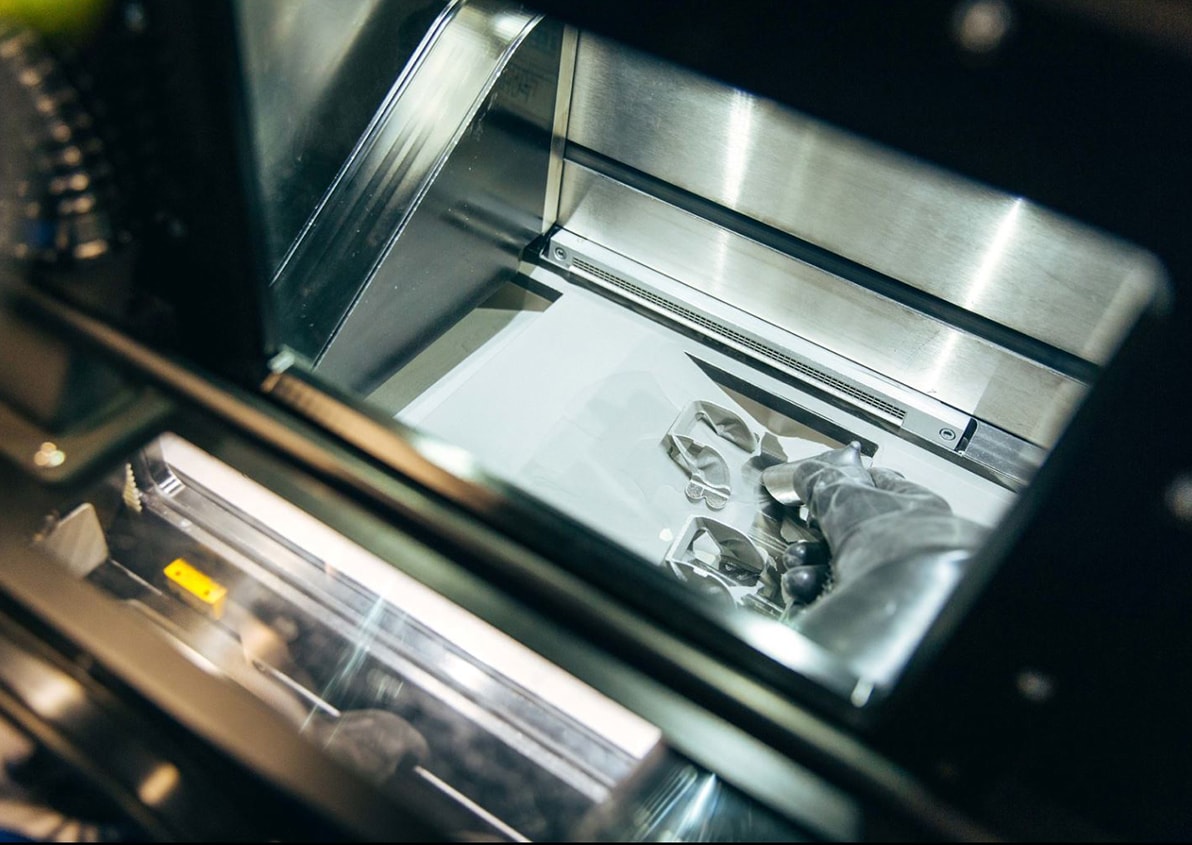 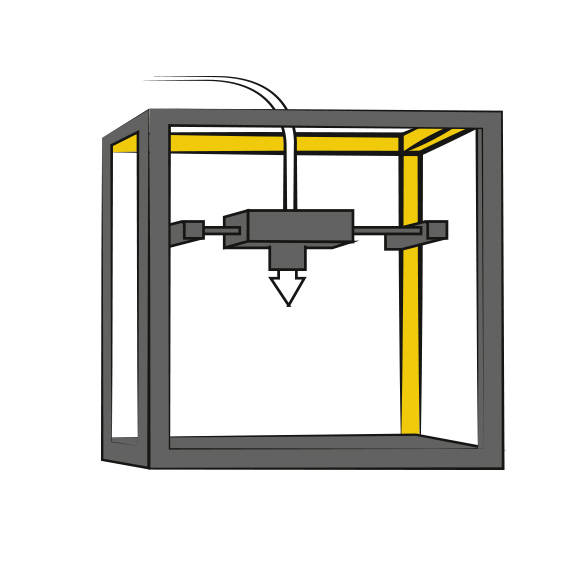 Music of the future

3D printing first appeared over 20 years ago. This technology has been firing the imagination of researchers and developers ever since. What today is just a bold vision, might tomorrow pave the way for an exciting avenue of progress. 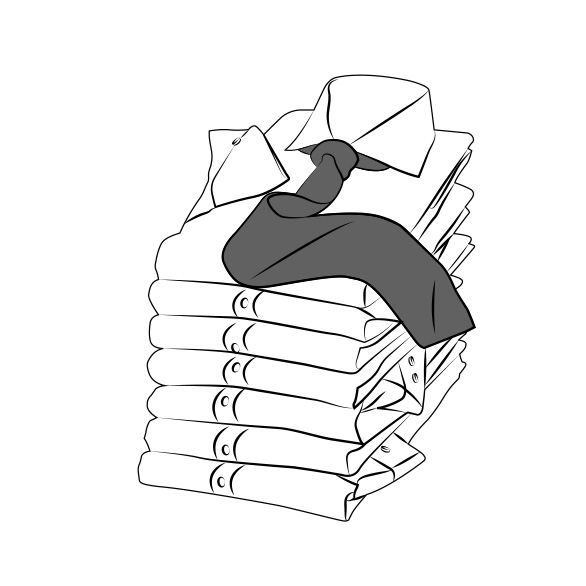 Students from San Francisco came up with this idea during their studies, as they were looking at the method for manufacturing blood vessels from cardiovascular tissue. To date, tank tops, skirts and a beanie have been manufactured using the technology. The material used for this consists of a polyester/wool mix of nanofibers. Currently, the only material available is white, but work is being carried out on different colours and on other materials such as silk and acrylic mixes. 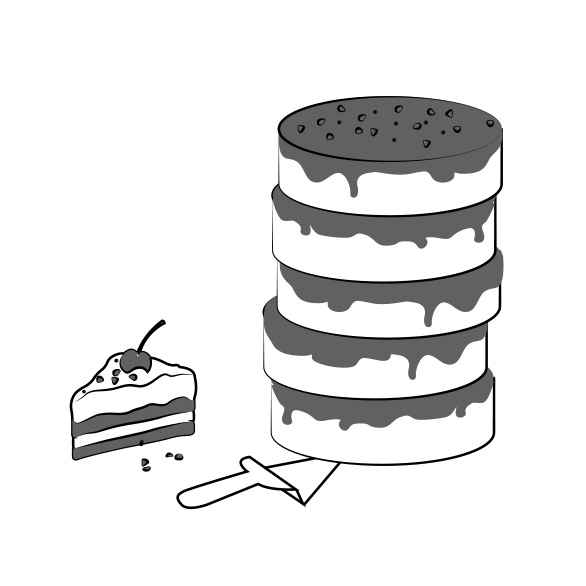 Here, a computer is equipped with a technical application that allows it to transform an idea into a real product. Food printers are "fed" with foods, which can be combined, arranged and designed in a variety of ways. The majority of food cartridges are based on flavoured, coloured ingredients. However, the addition of fresh, natural products from which, for example, chocolate can be produced, is also well established. Some restaurants are already serving menus from a 3D printer. 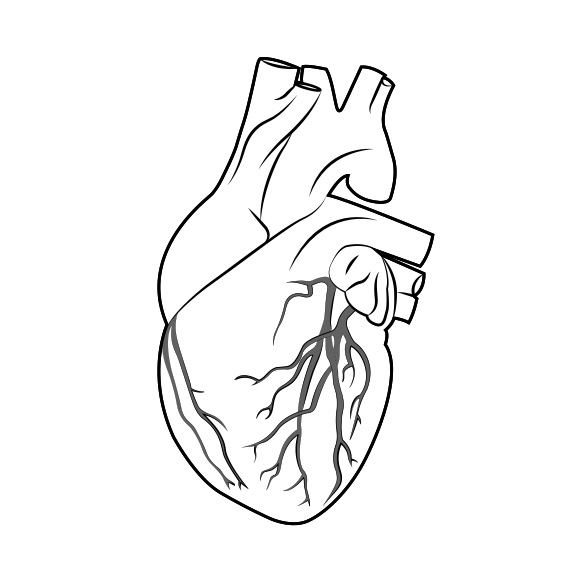 From a purely technical point of view, it has for a long time been possible to print not only metal and plastic, but also biological tissues, even entire organs. To achieve this, living cells are blended with nutrients and gelatine to form a type of "bio-ink". The printed cells connect to one another and form complex structures. However, the big breakthrough has yet to be made. 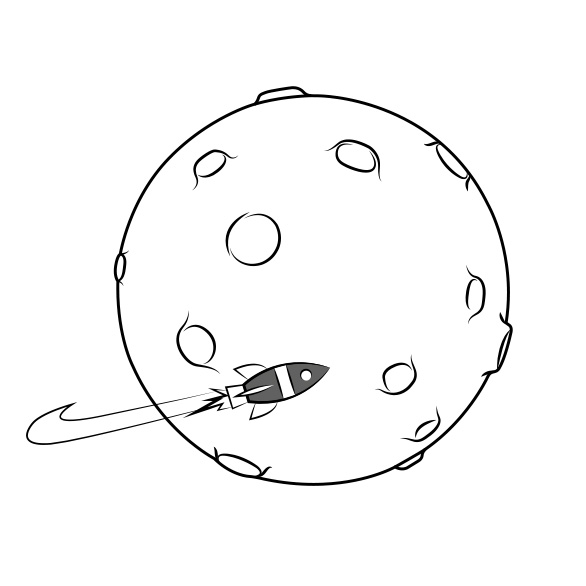 The European Space Agency ESA is working with 3D printing technologies on the construction of a lunar habitat. For this purpose, the London-based firm of architects Foster + Partners has developed a load-bearing "catenoid" dome, which has a wall with a cellular structure for defence against micrometeorites and cosmic radiation and is equipped with an inflatable pressure vessel to protect the astronauts. 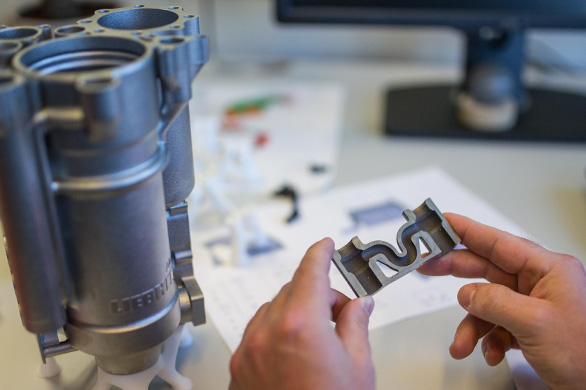 Working in tandem with evolution

The castors on Johannes Walter's office chair have proved a worthwhile investment. He is forever pushing off with his foot and gliding the two metres over to Stefan Hermann. The two sit back to back in the office and at the moment they have a lot to discuss. Stefan Hermann is a simulation engineer. On his screen, he has an image of a complex mesh structure. "This is something that evolution came up with," he says. "The structure is modelled on a tree root. The branching structure of the root always produces the right balance between resource use, strength and sustenance for the tree. What evolution needed millions of years for, we were able to do using a computer, designing a lightweight joint for an aircraft landing gear component based on the same principle of optimisation," explains Hermann.

This is another reason Johannes Walter has moved across to him. The designer is playing a creative one-two with the simulation engineer. From Hermann's calculations, Walter creates a shape which will ultimately be integrated in the landing gear. On his computer, the component he has constructed looks like a crescent moon, the surface of which is full of holes like a Swiss cheese. "This saves on material and weight," says Walter, "and uses the strength structures calculated as being optimal." Almost any shape can thus be represented in CAD and then, using 3D printing, produced exactly as required by the developers for the target function.

We measure and document every step, however small, in the construction of the component. Errors are not an option.

The two inventors are part of a six-person team led by Alexander Altmann, head of the Additive Manufacturing / Research & Technology project, which Liebherr launched six years ago in Lindenberg. "3D printing is a technology that is over 20 years old, but has recently experienced an enormous boom and offers exciting prospects, particularly in aircraft engineering," says Altmann. “Airbus recently flew on of our 3D printed spoiler actuator valve blocks on a flight test A380. The first-ever 3D printed primary flight control hydraulic component flown on an Airbus aircraft! The valve block offers the same performance as the conventional valve block made from a titanium forging, but it is 35% lighter in weight.”

Since the demands on aircraft components are extremely high, he and his team are primarily concerned with understanding additive manufacturing methods down to the last detail and setting up absolutely reliable production processes. "To this end, we measure and document every step, however small, in the construction of the component. Errors are not an option. There must not be even the slightest doubt as to the reliability and safety of the components and the material from which they are made." 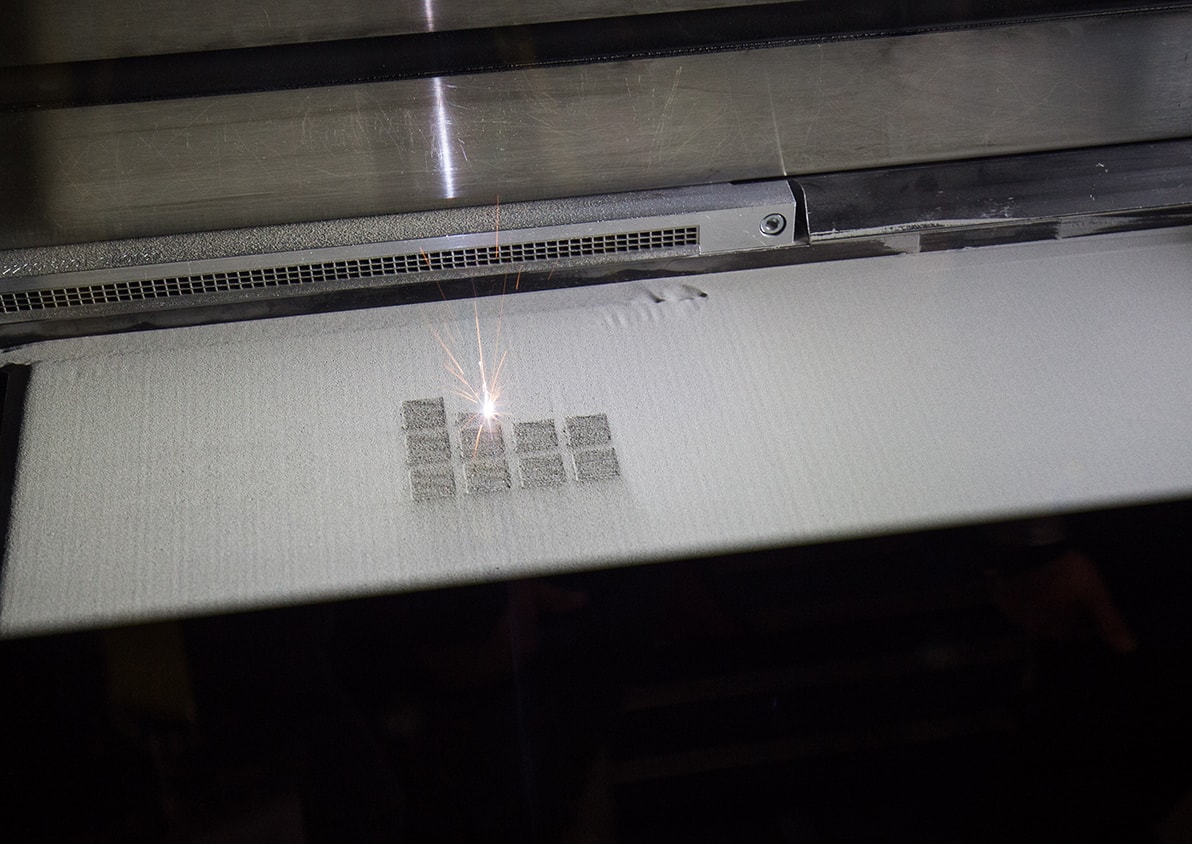 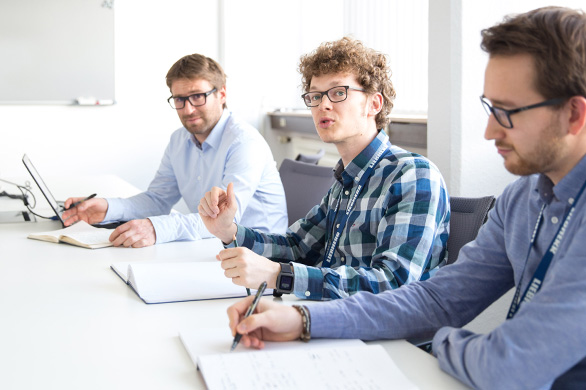 Excited about the future

Alexander Altmann's team has convened for a regular meeting in the conference room. André Danzig has only been in the team for a year and a half. Nonetheless, the PhD physicist is already a kind of "veteran" of additive manufacturing. Before he came to Lindenberg, he worked for a 3D printer manufacturer for over 15 years. Then one day he decided he wanted to find out more about the user side. "What does simulation tell us? How can we achieve design stability if we print not only the individual components but the entire control element, integrating all the functions at the same time?" Danzig wants to know. Stefan Hermann has already calculated all that and has also shared his ideas about it with the designer. "We will definitely achieve it," says Hermann, presenting the relevant considerations to the team. 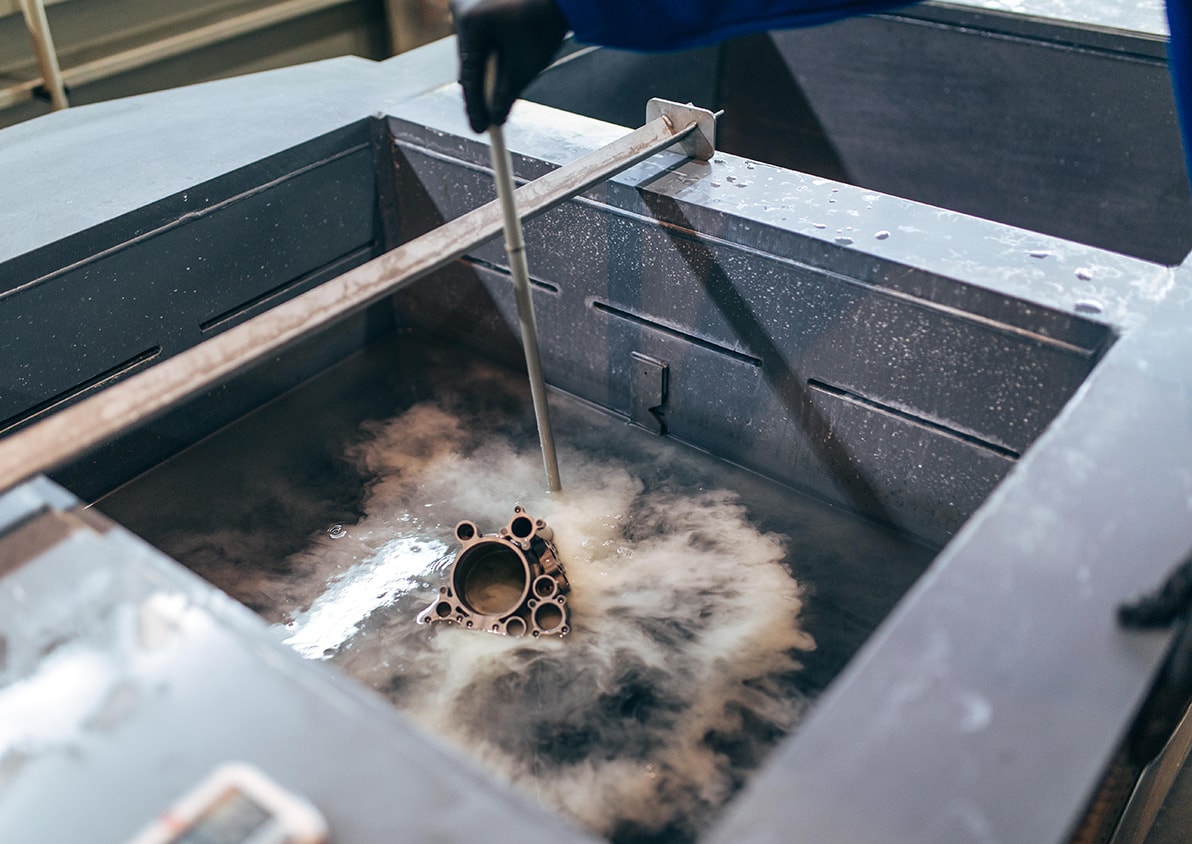 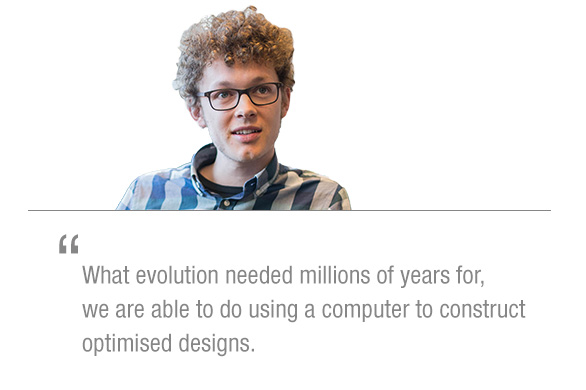 Alexander Altmann likes the idea that: "3D printing will fundamentally change not only aircraft components and entire aircraft structures, but also other products such as cars and toys. It will even be possible to produce foods and medical implants. I am sure that its impact over the next 20 years will be huge."