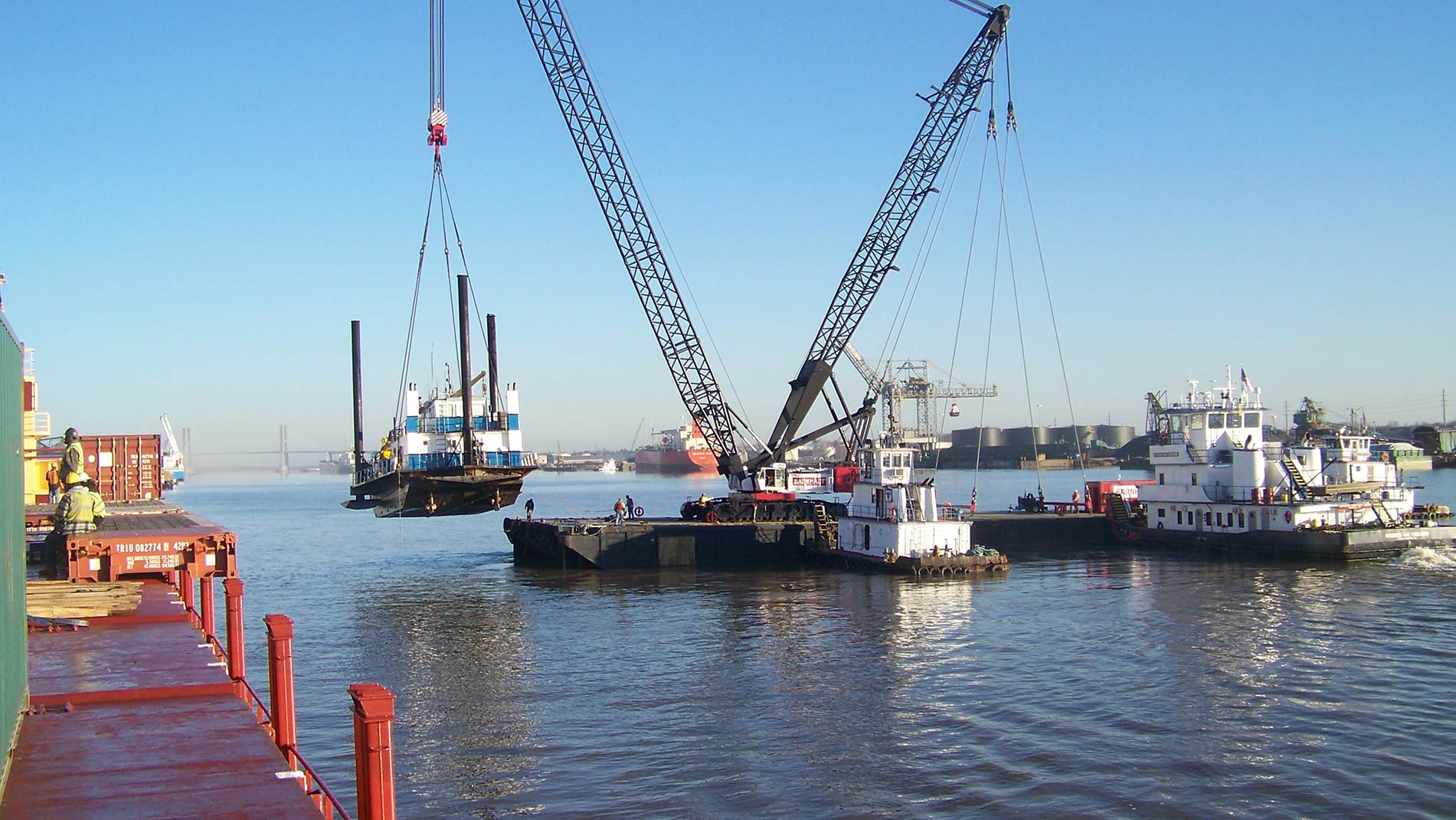 The original crawler crane from Liebherr

The start of each product line was marked by courage, creative spirit, confidence – and a concrete idea. The idea of the crawler crane is now more than 40 years old.

Strong right from the start

The Liebherr Group supplies a wide range of high quality products and services. Company founder Hans Liebherr laid the foundations for this successful concept by diversifying his company at an early stage.

At the time, the largest energy generation company in America, the Tennessee Valley Authority (TVA), was looking for two crawler cranes to build nuclear power plants. The Liebherr plant in Ehingen was still in its infancy at the time and did not include crawler cranes in its product range. However, the two companies were very interested in working together. Rudolf Becker, the Managing Director in Ehingen at the time, decided to travel to the USA in person. Demonstrating a great deal of commitment and expertise, he convinced TVA to purchase its crawler cranes from Liebherr, even though there were no such things at the time! His vision was to develop a new crawler travel gear and modify the superstructure from the existing LG 1300 lattice boom mobile crane and build on it. 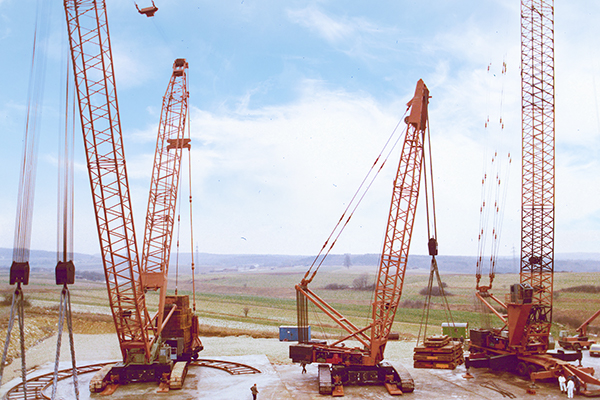 On the Liebherr test site in Ehingen in 1977 – LR 1300 with and without derrick system.

The engineers at Liebherr went to the drawing board, refined the ideas and developed the LR 1300 V – what could be called the original crawler crane from Liebherr. Liebherr Ehingen produced a total of exactly two LR 1300 V cranes and supplied both of them to the TVA in 1978. The LR 1300 V has three claims to fame: It was our first crawler crane. It was the most powerful crawler crane of its day. And it was also the first Liebherr crane from Ehingen to be sold to the United States of America! As part of the celebrations marking the 50th anniversary of Liebherr in the USA, we wondered if we could find out what had happened to these special vintage cranes. And just look – we found Big Al.

On the trail in land of Dixie

But from the very outset. The LR 1300 V was an outstanding crawler crane at the time. Liebherr designed a monster crane specially for building nuclear power plants, with the V in the name standing for the added power version, whilst the LR 1300 was the standard version – in addition to the existing 105 tonnes of superstructure ballast, the LR 1300 V also had 950 tonnes of derrick ballast on a rail-bound ballast trailer with a 31.5 metre derrick boom. This enabled the full potential of the crane to be used – increasing its maximum lifting capacity from 300 to 585 tonnes. In this configuration, the TVA used the two large cranes for construction and maintenance work over a long period of time. After several years in the service of the TVA, one of the two cranes was eventually bought by Barnhart Crane & Rigging in 1987. Paul Reynolds, Branch Manager at Barnhart, thinks back with a frown: “The crane was in poor condition. We did a great deal of work on it over a period of several months. Rodents had badly damaged the electrical systems, which meant that we had to replace them in full. But finally, it looked like new!” The crane owner called the heavy duty crane LR 1700 and used it to dismantle a nuclear power plant in Tennessee. The Liebherr crane then worked on the company’s own equipment storage facility until it was sold to China due to a lack of work orders for it. And this is where the trail runs cold. 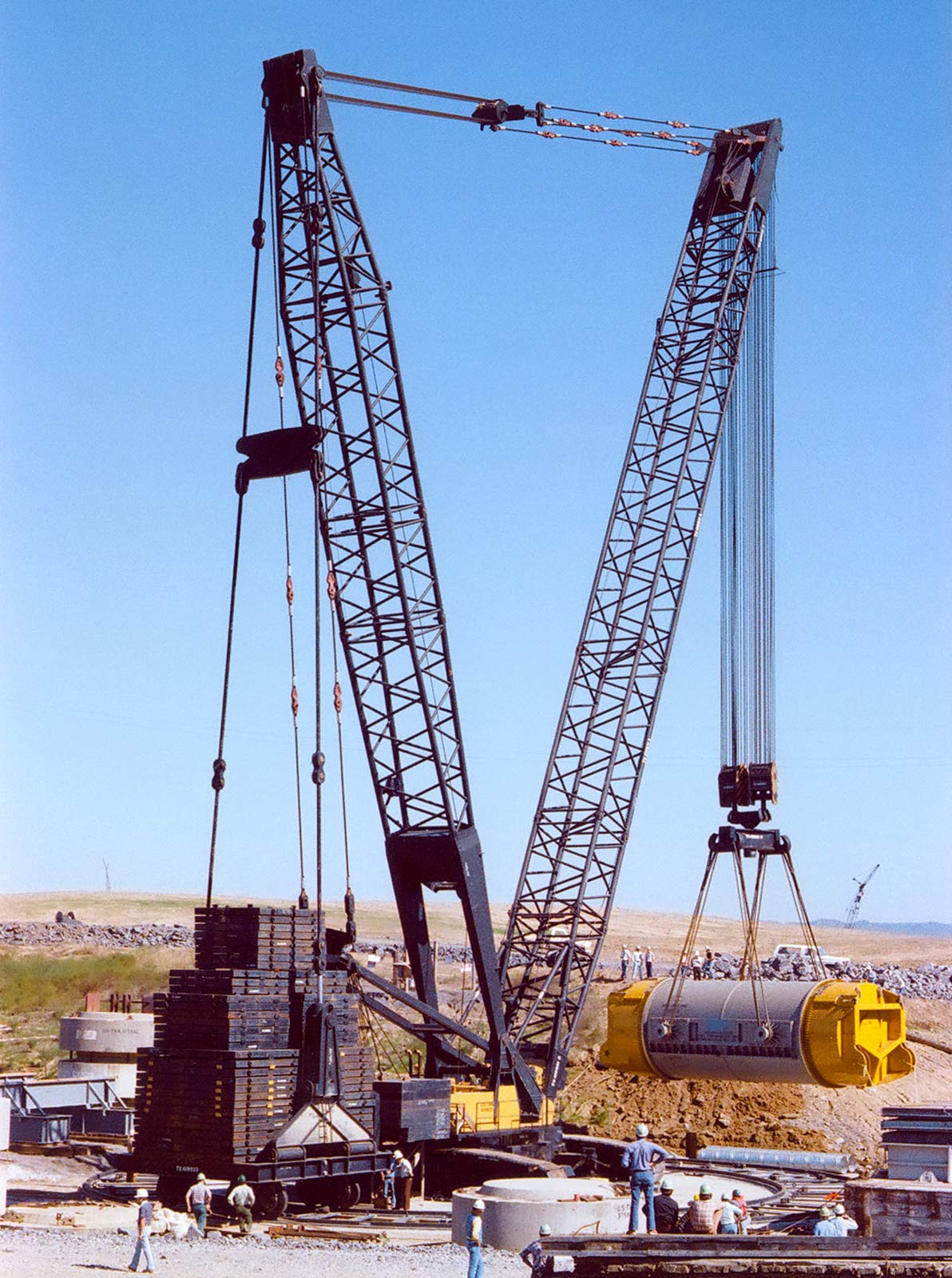 But this is not the end of Paul Reynolds’ story. In 1994, the TVA bequeathed the second LR 1300 V to the US State of Mississippi. In turn, Mississippi gave the crane to ship repair contractor Moss Marine. Paul Reynolds takes up the story: “Moss Marine asked us to dismantle the LR 1300 V and transport it to Moss Marine’s shipbuilding site. Once we got it there, we reassembled it in full and prepared it for action.” A good ten years later, when the crane had reached the grand old age of 27, Moss Marine offered to sell the LR 1300 V to Barnhart. “We are proud to have bought this brilliant, unique crane in 2005 after which we refurbished it at great length. Our engineers repaired the hydraulic system, completely refurbished the crane control system, replaced all the relays and circuit boards and replaced them with a modern PLC”, says Paul Reynolds. The crane, known at Barnhart as the LR 1700, then completed several spectacular heavy duty hoists throughout the country. But unfortunately, the mobility costs of the old crane were relatively high.

But like a chameleon, this piece of crane history keeps on adapting to new situations. Since 2009, the LR 1300 V / LR 1700 has been a fixture on a barge in the water at the deep sea port of Mobile in Alabama. It was modified so that the derrick boom could be guyed on the deck of the vessel. The floating crane is lovingly known as “Big Al”. Al is short for both the State of Alabama and for Alan Barnhart. He is President of Barnhart Crane & Rigging Co.

For the last ten years, Big Al has been travelling around the waters of the Gulf Coast and up as far as Chicago, carrying out a very wide range of hoisting work involving loads weighing up to 400 tonnes. The majority of the work involves loading freight onto barges, railway wagons and heavy transport vehicles. Big Al also regularly carries out work on lock gates, bridges and quayside equipment. With over 42 years of service under its belt, Big Al is still as reliable and powerful as ever.