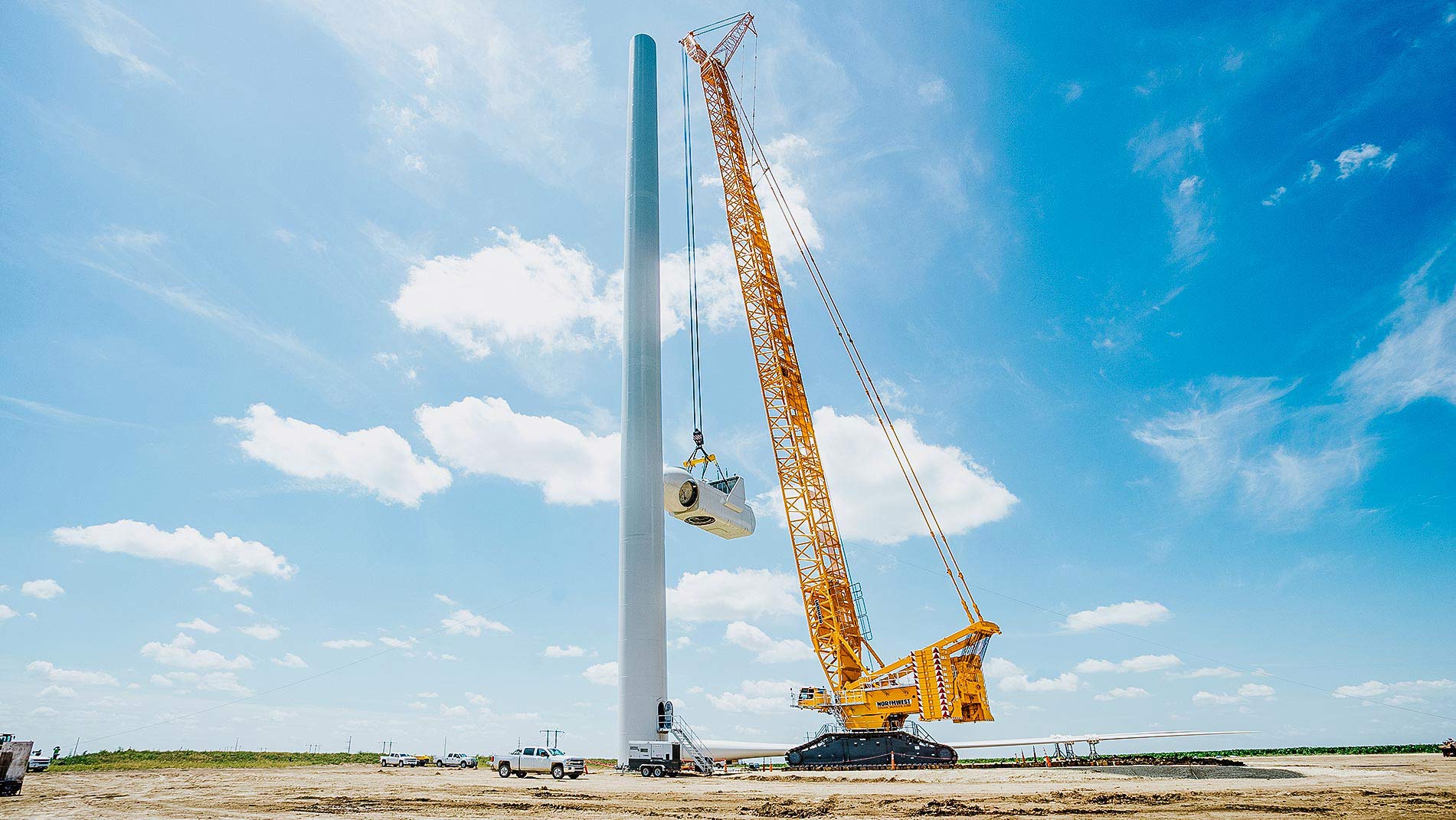 What about a little bit more?

“Way out there” can mean a few different things for a crane: Objectives and visions. Booms and powerful jibs. Or steps in its evolution which are almost revolutionary. 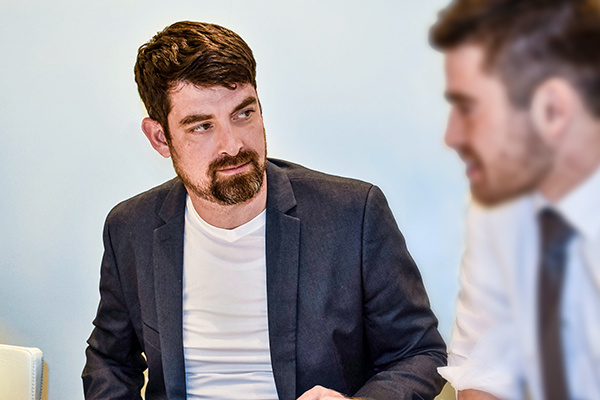 It is therefore very fitting that when Kevin Long heard Lord Huron’s song “Way out there” in October 2017, he was working on the future of wind turbine erection jobs for the USA in North Carolina. First of all in his own mind. Then more precisely – in talks with Liebherr’s technical sales team for crawler cranes.

One thing we ought to tell you – Kevin Long is a wind guru, job planner and is generally mad about cranes. He holds the position of “Wind Division Director” at American crane specialist Buckner. He is extremely familiar with the ever taller towers and the increasingly heavy components. At the time, Buckner already had the largest fleet of this model in the world comprising seven LR 11000 crawler cranes, primarily used to erect wind turbines.

And everything was going very well – the Liebherr 1,000 tonne machine was able to manage the conventional wind turbines installed in the USA without a complicated derrick system – but Kevin Long wanted to improve things: “Sometimes you have to take the less well trodden path to find new ways of doing things, useful strategies or long term solutions.

The ability to discuss enhancements and upgrades openly with Liebherr, expressed a unique team approach, that will continue to improve their product, and our rental services.

My thoughts were focused on a significantly stronger jib. If we want to erect the heavier systems of the future with the same efficiency, we need more powerful jibs – and quickly.”

Kevin Long is extremely familiar with crawler crane boom systems – most of the LR 11000 crawler cranes only use a main boom and fixed jib to erect the wind turbines used in the USA, which is a great advantage for setting up and moving the crane. That is why he only needed a few days to present his idea to Liebherr – a jib with a lifting capacity of 220 tonnes, 40 tonnes more than in the past. The initial design with a lifting capacity calculation was scheduled to be ready in six months. The final design was due four months later, and the first use of the new system in the USA was planned for March 2019. 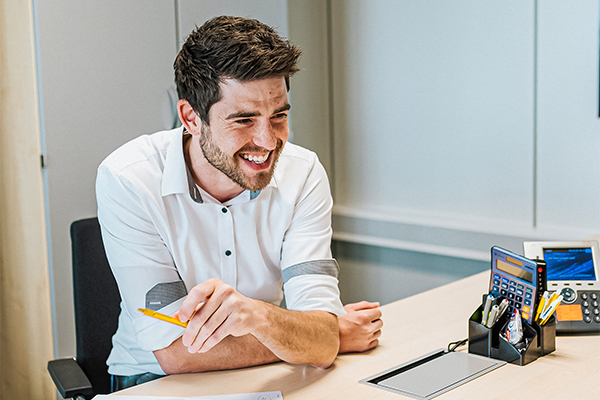 It must be admitted at this point that this was rather more than a sporting challenge for our designers at Ehingen. But when the butcher asks “What about a little bit more”, who can say no? However, the laws of physics have their own limits, limits which we continue to move for our customers using the very latest technologies. And one important point is that a good design and high quality production take time. Our company founder, Hans Liebherr once said, “We are not satisfied until our customers are satisfied”. Our engineers proved that this still holds true today as they set about their calculations and drawings with enormous commitment.

It was January 2018 when Kevin Long and his boss Doug Williams, together with Thomas Chandler from Mortensen, one of the largest energy companies in the USA, sat down round a conference table in Ehingen. Opposite them sat Klaus Huberle and Florian Ritzler from the technical sales team for crawler cranes. And today we can say that that day marked the birth of the SL8 boom system with the F2 jib. 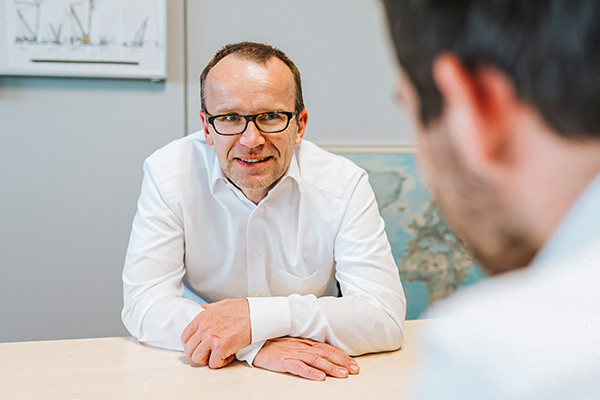 From then we continued our development work. The Liebherr engineers started the actual design work in March. One month later, Florian Ritzler presented the concept to Mortensen and Buckner in Minneapolis. Their answer: “Almost, but not quite good enough. We need even more!” The new jib has to be able to hoist at least 230, or even better 240 tonnes.

“The ability to discuss enhancements and upgrades openly with Liebherr, expressed a unique team approach”, says Kevin Long, remembering the intensive process of advanced development. “Liebherr had built a very powerful, compact and versatile 1,000 tonne crawler crane in the form of the LR 11000. And it was the versatility of the machine that enabled the engineers to be so open to the demands of their customers and markets. That makes it fantastically easy to make advanced developments and get the crane ready for future jobs.”

And so work continued to satisfy the customer’s requirements with absolute focus. The result was a lifting capacity of 250 tonnes. The rest went very quickly: Production approval was given in October 2018, just one year after the initial idea. The first F2 jib was then ready for testing in January 2019. And the first delivery to Buckner took place in April 2019. One month later than originally requested, but with 30 tonnes more capacity.

And Kevin Long? He feels his jib is “way out there”: “The LR 11000 is the current benchmark for wind power in the USA. This crane enables us to remain absolutely at the top in changing markets.” And the figures show that he is right – Buckner now has 17 models of the LR 11000 in action, five of which feature the new SL8F2 system.