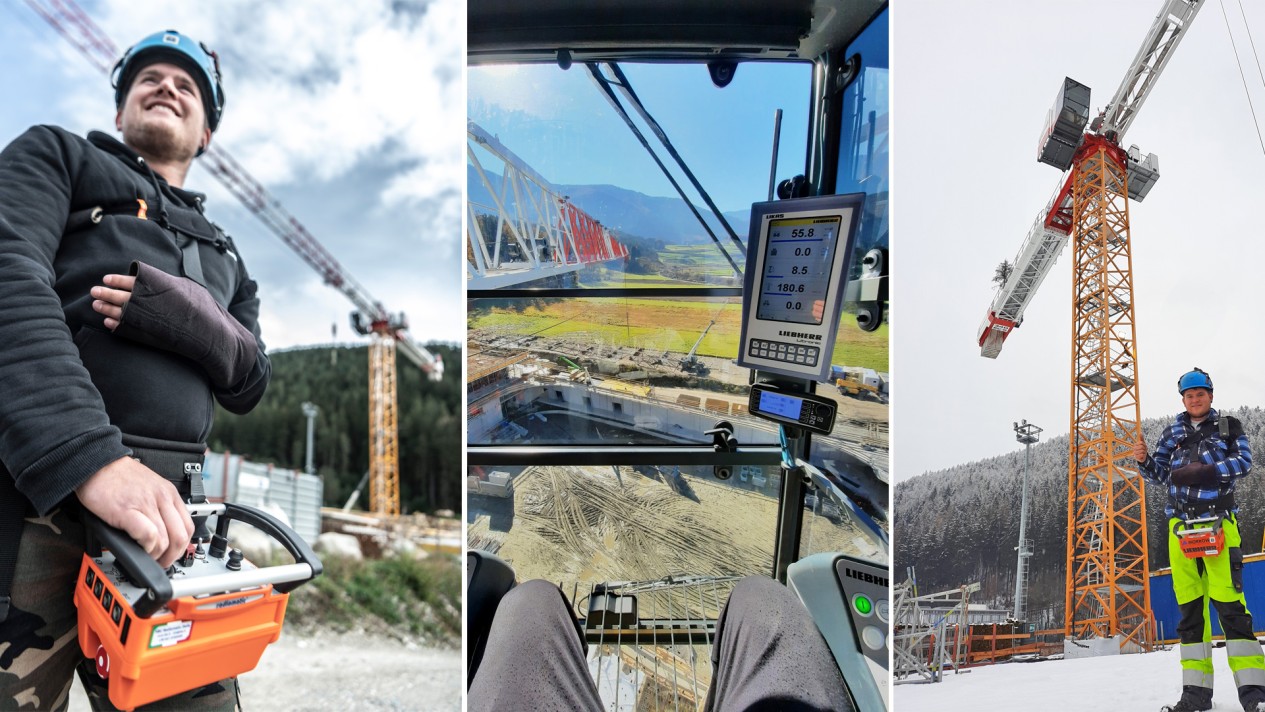 Christian is a passionate crane operator. He’s always been interested in construction site work – and especially in cranes. After successfully finishing school, he completed an apprenticeship in bricklaying, but always kept his eye on large construction cranes and the job of crane operator. When the chance came to work with a 140 EC-H for several days, Christian was totally bowled over by it and became intent on becoming a crane operator.

He showed his talent as a crane operator early on. At the age of 17, Christian took part in the Crane Drivers’ Cup, hosted by the Liebherr dealer Niederstätter in Bolzano. A total of 35 professional crane operators took part in this competition to find the best among them. Christian mastered the course smoothly and confidently. At the end, he was surprised that a “youngster” like him had overtaken every renowned crane operator and secured first place with a lead of over 10 seconds.

Just a year later, Christian passed his crane operator exam and from then on worked at Unionbau AG, in Sand in Taufers, South Tyrol. And, of course, he worked with none other than the largest crane used in South Tyrol, the 550 EC-H 20 Litronic. 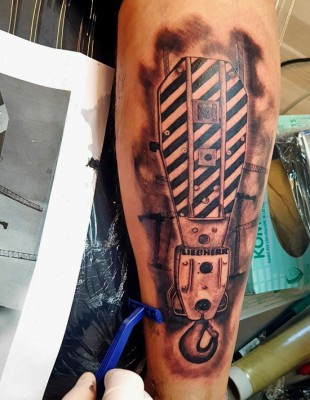 What does Christian love about his job?

“I love the variety that you get as a crane operator,” explains Christian, his eyes shining. Driving different crane types and working on diverse sites fill him with enthusiasm. He is also very aware of his responsibility regarding safety on the construction site. With the view that he has, he contributes significantly to the safety of everyone involved on site.

Christian’s biggest dream is to work with a 630 EC-H. His passion for his favourite crane runs so deep that he had one tattooed on his calf. Visible proof that his passion literally gets under his skin.

A strong man in the truest sense

Two years ago, it looked like his career and passion as a crane operator had come to an end. A motorbike accident resulted in a nerve in his left arm being crushed. At first, operating a crane with only one arm seemed out of the question. But his love of operating cranes and his willpower to get back to it as soon as possible, drove him on and led him to unique solutions. 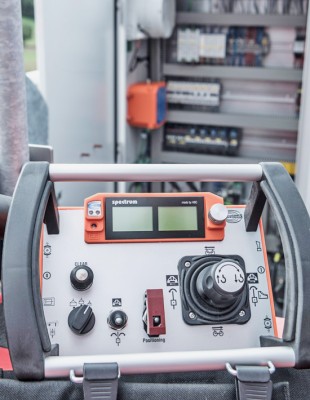 He found valuable support in his employer, Liebherr dealer Niederstätter and radio control manufacturer HBC-radiomatic. HBC developed a special radio remote control, which has just one joystick rather than two. What makes this so special is that three functions can be controlled using just one joystick: trolley, slewing gear and hoist unit. A tailor-made solution for Christian so that he can return to his much-loved job.

What does this Liftinghero do when he’s not operating his crane?

Driving cranes remains his passion, even in his spare time. Together with his best friend Tobias, who is also a crane operator, Christian travels across the country and beyond the borders of Italy to marvel at Liebherr cranes on various construction sites. And when he isn’t on the go, he spends his time as a “crane assembly engineer”, working on his numerous Liebherr model cranes. In our eyes: a true Liftinghero.

Thank you for sharing your story with us Christian. 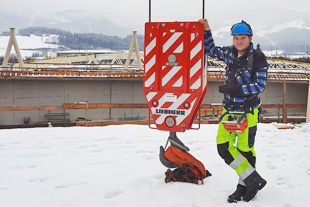 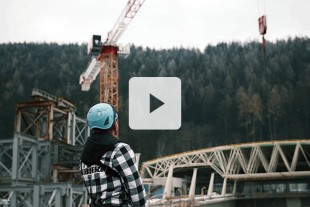