With continental dimensions being as vast as they are, Brazil is a country of great contrasts. They reach far beyond the environmental ones with versatile climatic regions and terrain, like the Amazon Jungle, rough mountains and over 7,000 kilometers of beaches. The cultural, social and economic diversity add to it and mark the grandeur of this Latin American country. 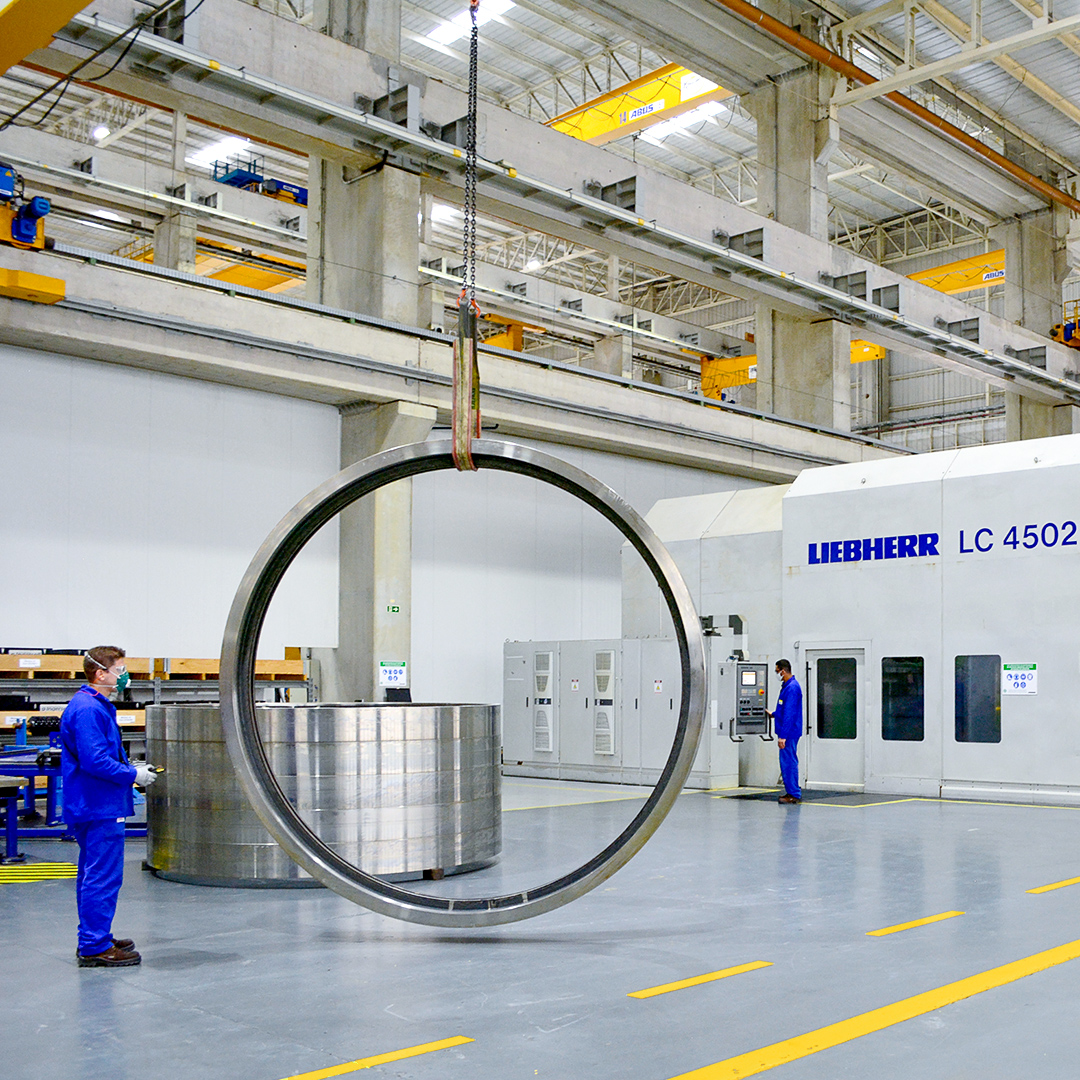 Liebherr has been confronted with this diversity since its establishment in Brazil in 1974. Since then, the company has gathered much experience with its diversified portfolio– from maritime cranes to construction machinery. In the meantime, the two plants - Liebherr Brasil and Liebherr-Aerospace Brasil – count more than 1,000 employees and represent no less than ten of the eleven divisions of the Liebherr Group.

Meanwhile, wind energy has gained a very high relevance, not least because of being one of the most environmentally friendly and economic sources of energy within the energy matrix of the country

The economic crisis of 2014 hit some of Brazil’s economic sectors hard. However, the rise of the wind industry offered new opportunities, due to the optimal conditions in the country necessary to power wind turbines, like wind speed, for example. 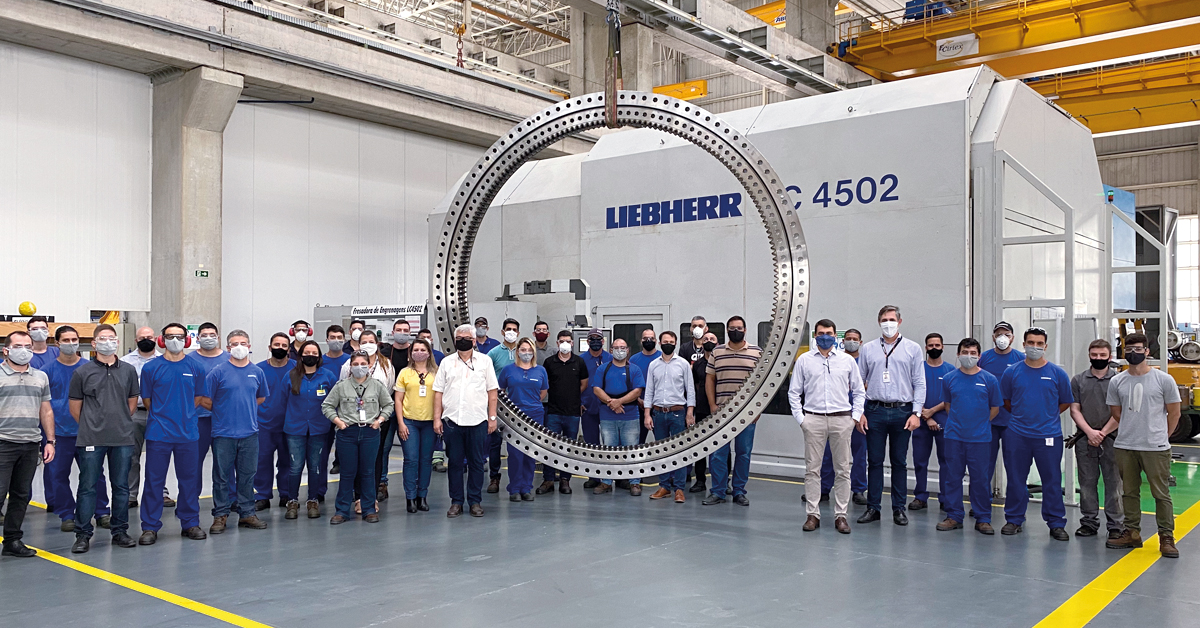 Brazil's growing industrial activity and residential consumption also played an important role in encouraging wind generation. The authorities have made local added value in the production of wind turbines a necessary precondition. It was precisely here that Liebherr saw its chance and opened a new chapter in Latin America.

Every crisis, an opportunity

In 2015, the Liebherr Components Division initiated studies for the implementation of a new line of business in Brazil - the manufacturing of slewing bearings for wind turbines. This development complied with the demand of Liebherr's international partners in the industry for the production of bearings in the country.

Within less than a year after the decicion was made, the first bearing was locally produced and delivered to the customer. Before the production started, all Liebherr Components employees in Brazil underwent special training within Liebherr factories in Germany and Mexico. This step ensured that Liebherr's vast experience in the wind energy sector could be multiplied and applied to the new plant. 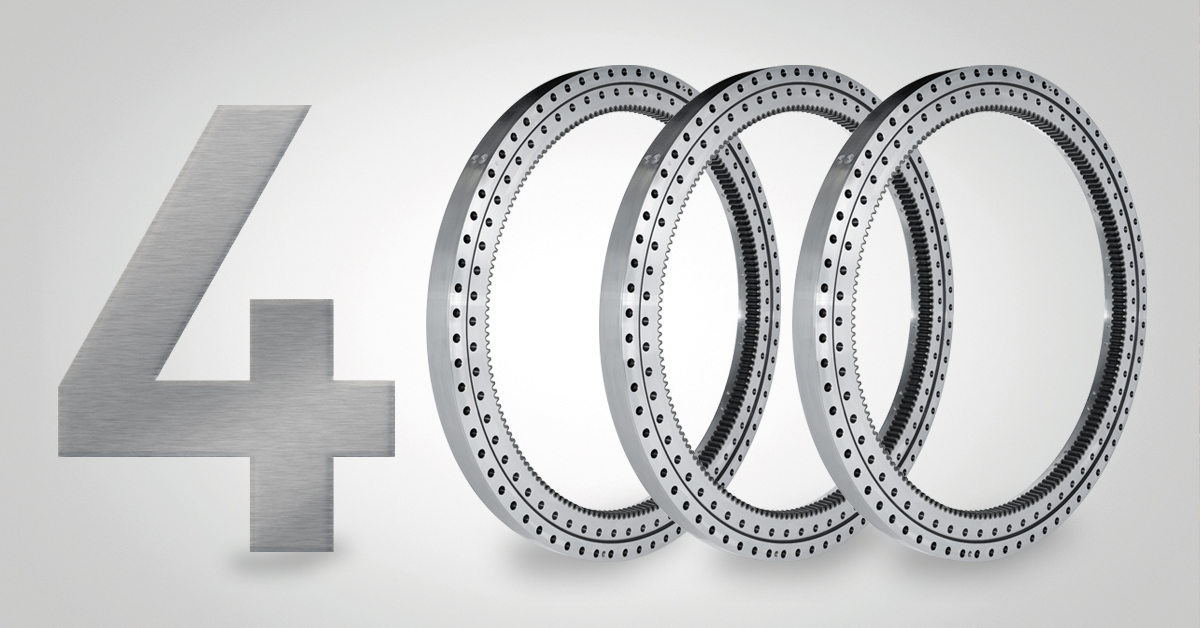 The application range of Liebherr slewing bearings covers single-row and double-row ball bearings, as well as roller bearings with external or internal gearing. To support the emerging market in the best possible way, Liebherr has not only implemented the new roller bearing technology within a short period of time, but also produced a significant amount of such bearings in Brazil already.

The rotor blade adjustment and nacelle orientation are the moving parts of a wind turbine responsible for the optimisation of wind utilisation. Since the blade and nacelle are normally installed in a height of over 100 meters, their maintenance is particularly complex. Therefore, the bearings need to be extremely reliable and to last for more than 20 years. On top, Liebherr profits from the experience gained in bearing production in Mexico. It helps to master climatic challenges like humidity and high temperatures, which are typical in Brazil, and to produce bearings with usual high quality standards.

Proceeding with new investments, the company intends to further extend the production capacity on site in Brazil and to foster the local market. And last but not least, Liebherr can thereby rely on the passionate and reliable local team, that gives their all to keep the local wind industry going despite the challenges.

In the mid of the economic recovery that Brazil has been experiencing over the last few years, the beginning of the pandemic caused by Coronavirus emerged as a new challenge. Despite the fact that the virus has to be mastered not only in Brazil, but around the world, Liebherr still maintains a high level of customer and employee commitment.