Boeing Commercial Airplanes has awarded Liebherr-Aerospace another contract for their 777X: the system supplier will deliver all high-lift actuators for the new wide-body aircraft. 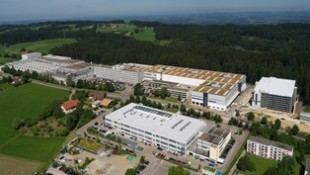 Relying on its unrivalled experience in high-lift systems and especially in geared rotary actuators for long-range commercial aircraft, Liebherr-Aerospace will not only design, manufacture and service the leading edge actuators, but the company will also produce the trailing edge actuators. The design and development of the Boeing 777X trailing edge geared rotary actuators, which are among the largest one’s ever designed and built for commercial aviation, will reside with Boeing. Liebherr-Aerospace on its part will support the design and development both from its Seattle office and its Lindenberg facilities.

Liebherr-Aerospace will perform all its design, development, testing and manufacturing activities in Lindenberg, which is home to Liebherr-Aerospace Lindenberg GmbH, Liebherr’s worldwide center of excellence for flight control systems and landing gears.

Liebherr-Aerospace has won this new contract in addition to the contracts for components of the 777X folding wing tip system as well as the power drive unit and the hydraulic motor for the leading edge actuation system, which it was entrusted with earlier this year.