Liebherr in the United States is proud to celebrate five decades in North America and establish itself as a leading manufacturer. Liebherr has built its U.S. business on a foundation of trust, innovation and engagement with customers. Five decades later, Liebherr’s growth, diversity and stability are evidence of how the company is united by success with customers as they work on the challenges of tomorrow and focus on the future together.

“United by Success” is not just the 50th anniversary tagline, but rather the way Liebherr goes about business with its customers. The company and its customers are one through each other’s successes and stronger together. In the U.S., Liebherr offers a vast range of solutions: this includes Gear Technology and Automation Systems, Aerospace and Transportation Systems, Domestic Appliances, Components, Concrete Technology, Earthmoving Equipment, Tower Cranes, Mobile Cranes, Mining and Maritime Cranes.

With the company’s vision for continued growth and commitment to the U.S., Liebherr is excited to celebrate its anniversary with some big initiatives throughout the year: Completing the expansion of its Newport News campus in spring 2020, introducing new technologies and equipment and having a major presence with customers during industry trade shows.

The direction the pioneer Hans Liebherr once started the business with is still inherent throughout the organization. This includes company values, innovation and craftsmanship, and at the very heart of it: putting customers and employees at the center.

The inauguration for innovation started when Liebherr introduced the world’s first mobile tower crane, followed by Europe’s first hydraulic excavator. This coupled with several other innovations along the way created the path for the Liebherr Group to be the global leader it is now. Liebherr constantly improves upon its high-quality products and makes significant investments to ensure it continues on the leading edge of technological progress.

Spanning more than 140 companies across all continents, the Group’s independent corporate structure puts the company in a position to react flexibly to competition and transform ideas rapidly into impactful and lasting results.

The center of it all: customers

Liebherr is driven by a passion to deliver solutions to solve customers’ challenges. Rather than being content with short-lived success, the company aims for a long-term relationship. Alongside the customer’s journey for anything needed from customization to assistance, their range of products and services feature advanced engineering, leading technology and a wide variety. With all of its solutions, Liebherr always focuses on customer satisfaction.

This long-standing relationship is paying off for generations in the United States: Liebherr began to gain the trust of its customers and business partners in the early 1970s and has accompanied them over the years. Meanwhile, the commitment spans generations as Liebherr grows with the demands of its customers.

Today, tomorrow and years from now Liebherr in the United States will continue to devote its efforts to creating the best quality and best performing machines and services.

The company continues to be driven by ingenuity and craftsmanship, consistently comingup with innovative solutions for customers all over the world. 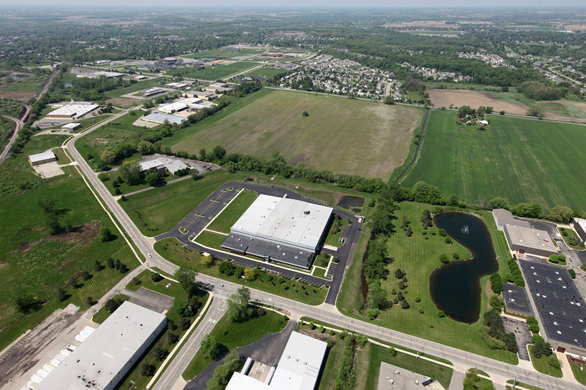 In the Liebherr factory in Saline, Michigan, gear cutting machines and turnkey automation systems are manufactured for customers in the USA, Canada and Mexico

Liebherr Gear Technology and Automation Systems in the USA

Since the year 1952, Liebherr has been producing gear machines. Production began in Kirchdorf and then transferred to the present-day Kempten factory in the year 1969. The division’s story in the USA began in Ann Arbor, Michigan, in 1974. Since then Liebherr Gear Technology, Inc. has been responsible for the sales and service of these machines for the North American market. In 1986 Liebherr Gear Technology moved to the current location based in Saline, Michigan. Over the years, after starting with gear hobbing machines, Liebherr expanded the technology offerings to include gear shaping (1979), gear grinding (1989), gear chamfering (2005), and recently gear skiving (2017). Today, Liebherr gear machines are used to produce a wide variety of gear systems. From small gears which would fit in your hand like in automotive planetary transmissions and aerospace flap-actuators, to up to 50-foot diameter gears used in mining applications like rope-shovels, or slewing bearings for wind-power applications.

Furthermore, Liebherr Automation Systems, Co. also produces automation systems for Liebherr’s own gear machines and for other types of machining centers, which are offered to the North American market from the same Saline office. The first automation projects in the US were installed in the late 1980s and were turnkey systems combining the gear machines and factory automation for the automotive and truck markets. Liebherr’s gantries, robotic systems and palletizing equipment can be found in many industries across the US today.