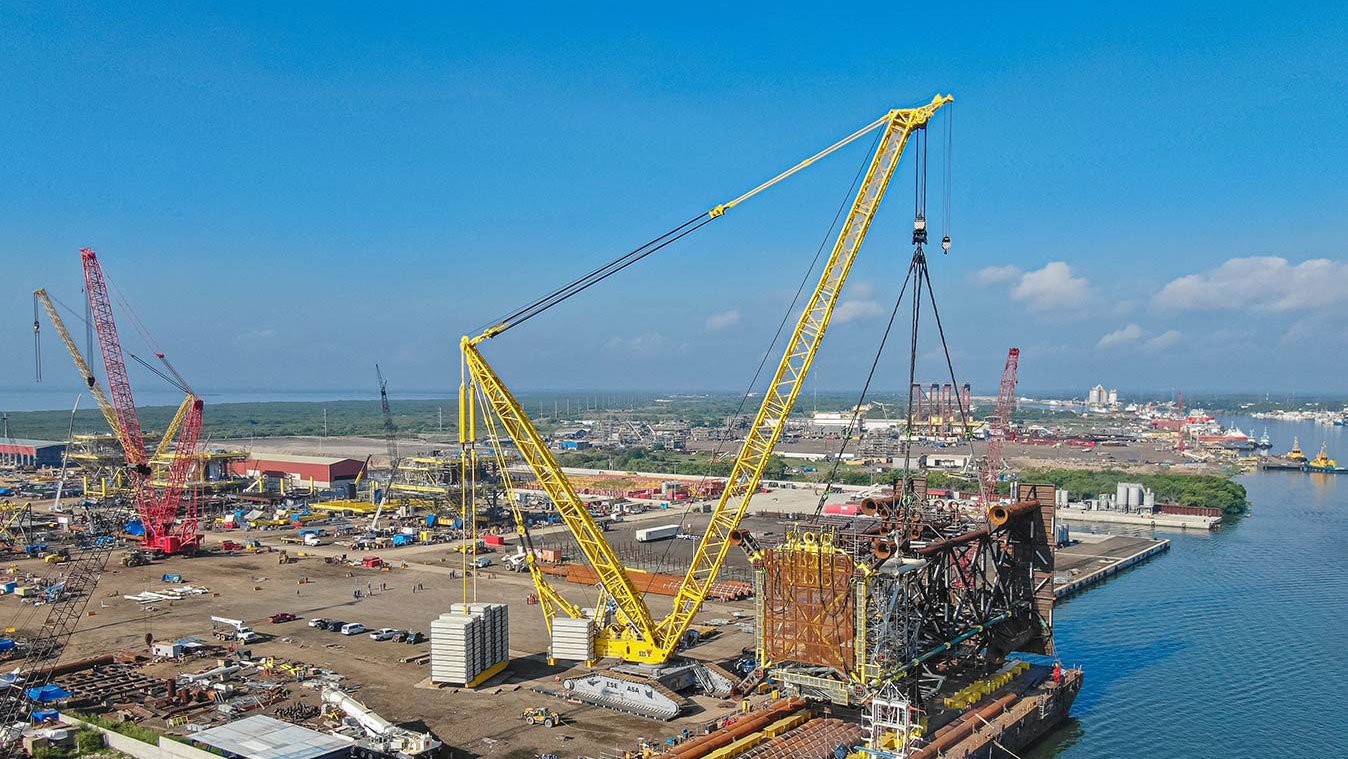 Steel colossus on the hook

Mexican crane and heavy haulage contractor ESEASA used its Liebherr LR 13000 crawler crane for the first time to load oil platforms onto barges at the port city of Tampico. 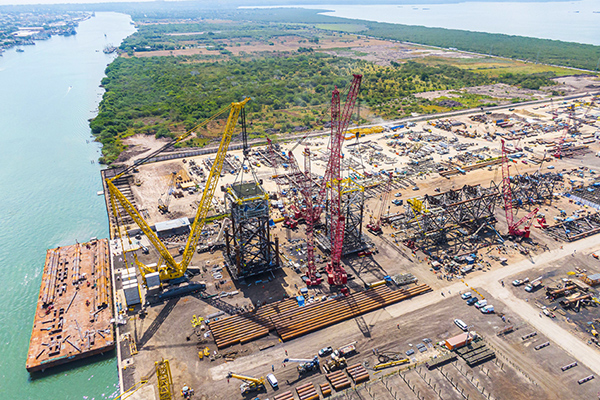 The loads for hoisting were gigantic. Up to 1200 tonnes had to be positioned on the barges using a radius of up to 38 metres. Our 3000-tonne crawler crane is ideal for this work and delivers significant benefits compared to the previous method for loading oil platforms. Normally the heavy components are loaded onto SPMTs (self-propelled modular transporters) using jackup systems and then driven onto the barge on them. This takes around 18 hours. 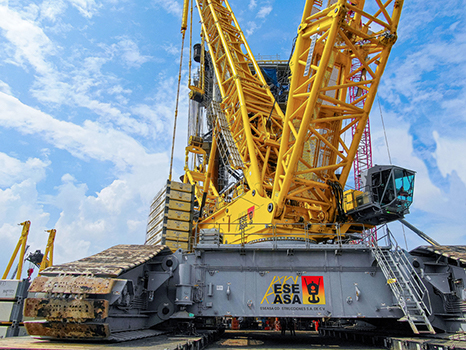 To be loaded in this way, the barge must be positioned front-in at a 90 degree angle to the quay and held in place by several tugs. In this position, the barge extends so far into the waterway that it has to be closed for a significant period, costing an enormous amount of money.

Loading the massive components using the Liebherr LR 13000 worked perfectly and is significantly more economical than our previous procedure.

Heavy haulage and crane contractor ESEASA based in Mexico City, has three LTR 11200 cranes, three LTM 11200-9.1 machines and one LR 11350 as well as an LR 13000. Aldo Santos appreciates having a direct line to Liebherr and its reliable service around the clock. “We require competent service and fast solutions for our projects. We cannot accept delays, we need solutions on the day,” explains Santos. “Liebherr provides us with excellent support and also ensures that well trained technicians are normally available. We also appreciate the high quality of Liebherr cranes.” The main areas of work for ESEASA are in the energy sector, such as petrochemicals and wind power.