Sun. Heat. 35° Celsius. Oppressive air. Suddenly – dark clouds. An ear-splitting clap of thunder. A flash of lightning in the sky.

Frightened children dive under their beds. There's a loud noise. Power. Energy. A battle of the elements. A play between heaven and earth. A miracle?
No. Storms can be easily explained by physics. The sun heats the earth. As it does so, moisture evaporates from the ground or bodies of water and mixes with the air above the earth. This warms the air up. The humid, warm air becomes lighter, rises upwards and as it does so gets cooler. This creates a cloud which quickly develops into a storm cloud. In much the same way as an electric shock, and electrical voltage is created which discharges in the form of lightning. The air in the so-called lightning channel heats up explosively and emits a pressure wave. This moves at the speed of sound of around 333 metres per second and forms the thunder noise. Lightning may be several thousand degrees in temperature. So we can all agree – a storm is an impressive event. But it is not a physical miracle.

However, a storm can change things. Very suddenly. It can have a cleansing effect. It can combine elements. Heaven and earth. Two worlds. It can create something new.

Summer 2019. At Liebherr in Ehingen. A storm is brewing. The skies quickly grow dark. What is the best way to combine a high increase in lifting capacity with easy transport? Suddenly a clap of thunder. One flash of lightning chases the next. They create a powerful light show. Near and far. We can see how heaven and earth are connected by beams of light. And then – a light bulb moment in the crawler crane development team. A crane which is a miracle in terms of transport and lifting capacity. Which joins worlds. Which makes a difference that will change the market for ever. That can be transported quickly to a site. And impressively powerful. As impressive as a storm. 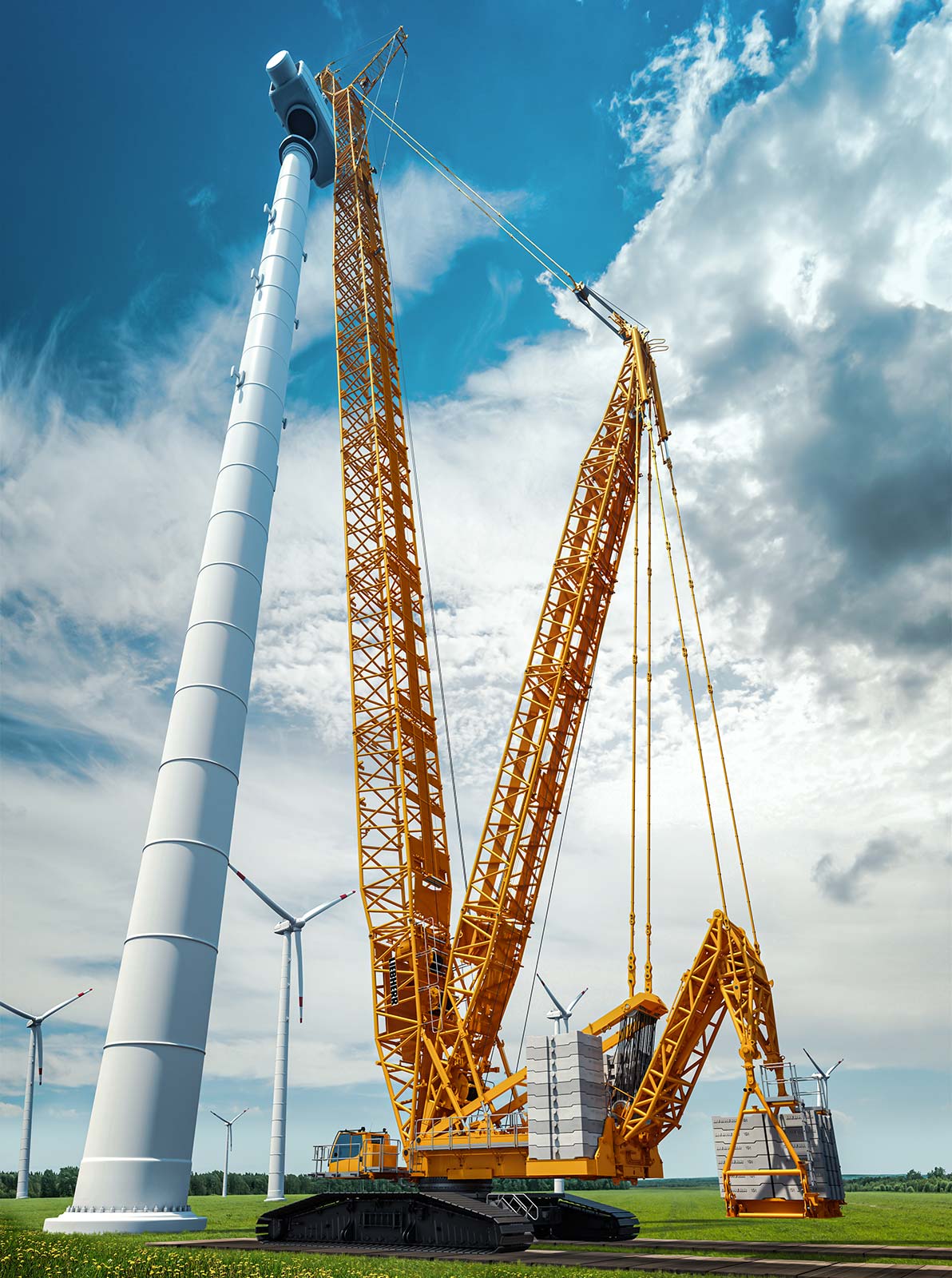 A great idea – made reality.

What started as an idea on this oppressive stormy day, is now a machine. A crawler crane setting new standards. Just 3 metres wide to revolutionise transportation because it can be carried to the next site quickly, easily and with very few transport units. And with a 3.5 metre equipment width, it is also a lifting capacity miracle. Because it can do significantly more than its predecessor – up to 15 percent depending on configuration. This is what the new LR 1700-1.0 can do. With these features it joins two worlds. And also two elements – wind and earth. With a wind power boom it sets new standards in the 600-700 tonne class for wind power. And as an industrial crane it impresses by being the most powerful crane on the market.

And what's more, the LR 1700-1.0 will also change the world. The crawler crane world. It is replacing the LR 1600/2, a successful, popular crane which proved itself time and again over a period of many years. This will mean a palpable change in the crawler crane world. The LR 1700-1.0 joins two worlds, whilst changing and creating a whole new world at the same time. A bombshell.

On average, 1700 storms take place simultaneously around the Earth. We won't be able to build as many “thunderstrikes” as that – that’s one thing nobody need be afraid of!