Extreme demand: In Colmar, giant hydraulic excavators are manufactured for use in open-cast mining. 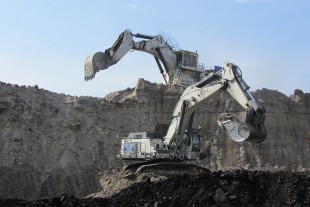 Since 1961, Liebherr has been manufacturing hydraulic excavators at its plant in Colmar, Alsace. Construction of mining excavators has also been part of the portfolio for over 30 years. In 2011, Liebherr-Mining Equipment Colmar SAS was established at the same location to cater for the specific requirements of open-cast mining.

In addition to Liebherr-France SAS in Colmar, the production company operates a separate plant for the development, production, and service of giant hydraulic excavators for open-cast mining as well as dredging excavators for marine applications. Mining excavators from Colmar are used in the mining of gold, diamonds, platinum, coal, iron ore, and copper.