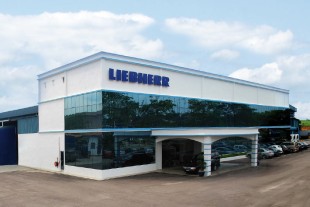 After taking over a Malaysian manufacturer of refrigerators, the Liebherr Group set up the production company Liebherr Appliances Kluang SDN. BHD. in 2007. Domiciled in Kluang in the southern part of the country, the company developed new ice cream freezers for the Southeast Asian market a short time later. Since then, considerable sums of money have been invested to modernize and extend the production facilities in an environmentally-friendly way. Modern refrigerators and freezers are now produced for commercial uses in Kluang.

Liebherr Sales Kluang SDN. BHD. has its head office in Shah Alam not far from the capital Kuala Lumpur. The company is responsible for the sale of refrigerators and freezers and deep foundation equipment in Malaysia. The sales company works hand in hand with the production company Liebherr Appliances Kluang SDN. BHD..