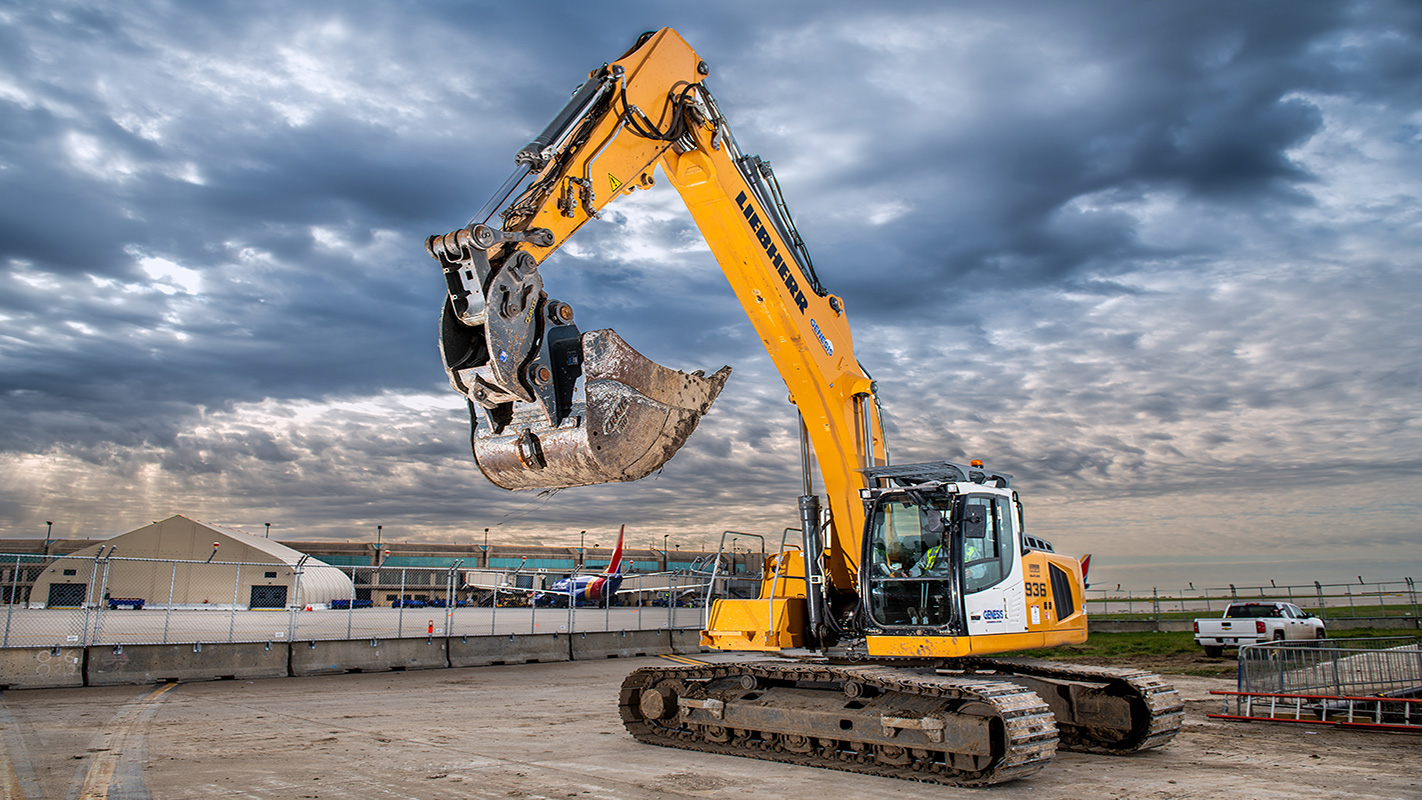 Project in the dirt improving travel in the sky

We can just do our job a lot better.

At Kansas City International Airport in Missouri, there is just as much activity on the ground as there is in the sky. Genesis Environmental Solutions is literally digging in to a project that will modernize the region’s air travel.

Clark | Weitz | Clarkson chose Genesis to handle preliminary construction activities for the $1.6 billion new airport terminal, which replaces the airport’s demolished Terminal A, an outdated facility that was nearly 50 years old from a bygone era of aviation. The work includes cutting and capping of water, sewer, natural gas and jet fuel lines on the site.

US Engineering | Alexander Mechanical also chose Genesis for excavation for the new jet fuel lines that will service aircraft at the terminal, which will house nearly 40 gates, once it’s completed in 2023. The airport project began in early 2019 and is expected to engage thousands of workers, according to local officials. “It’s a good sized job for us,” said Genesis President Shaun Thomas, surveying the scene from his work truck as aircraft roared overhead. 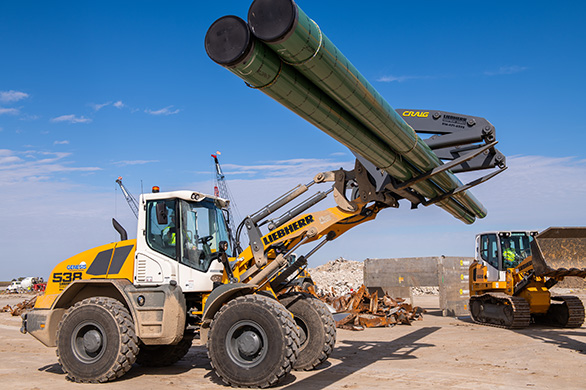 “Genesis has successfully performed at other airports throughout the Midwest,” Thomas said. “It’s usually performing site remediation, bulk jet fuel tank integrity inspections and industrial tank coatings and linings, as well as jet fuel tank and piping installation and removal.” Indeed, a look around the site shows a variety of materials to be handled – piles of dirt, mounds of concrete rubble from the demolished terminal, metal rebar and stacks of new pipe waiting to be placed underground. Nearly ten Liebherr construction machines were simultaneously in use to tackle these varied tasks – four R 936 crawler excavators; an R 914 compact crawler excavator; an LR 626 track loader; two L 538 wheel loaders and an L 546 wheel loader.

With an intuitive, easy to use interface, the design of the LR 626’s operator controls fits the mantra of “if it ain’t broke, don’t fix it,” said Susan Kelley, who has 20 years of experience as an equipment operator. “Liebherr track loaders are extremely smooth with powerful hydraulics and the cab is extremely comfortable,” the Kansas City native continued. “The hydraulics are so smooth that it makes our job so much easier. We can do it with more precision and everybody around us is pleased. We can just do our job a lot better.” Josh Bilibruck, another equipment operator with Genesis, agreed.

Inside every Liebherr excavator, “the cabin is comfortable and roomy,” said Bilbruck, who has 16 years as an equipment operator. All of the machines “operate well and they’re built pretty tough.” The excavators had most recently been put into service to handle and place 12” (30.5 cm) pipes that will carry jet fuel. 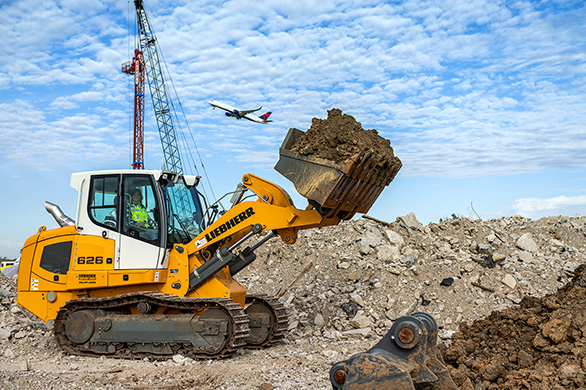 “After this jet fuel project is done – it’s over a mile of pipe out here – then later we’ll install the lateral lines to hook up each gate with a smaller pipe. Our Industrial Coatings Division is also abrasive blasting and repairing the high performance coatings where each length of pipe is welded together,” Thomas said.

Genesis will also turn to Liebherr equipment to relocate the unleaded fuel tank and dispensing system across the site that supports all the airport ground service equipment. And once that’s finished, the company has been tapped to handle the excavation for the underground plumbing for the new terminal building.

In the early fall, “a lot of the work has just been handling pipe and a little bit of digging for the bored sections,” Bilbruck said. “Once we get all that pipe in, we’ll be doing a lot more open cut digging.”

Genesis is one of several minority and women-owned businesses involved in the airport project. Established in 2004 and headquartered in Blue Springs, Missouri, Genesis provides a variety of services for government and private industries, including construction services, petroleum and chemical storage tank inspection and related services, such as environmental remediation, industrial cleaning, coatings and linings. About 20 people from Genesis are working on site; overall the company employs about 50.