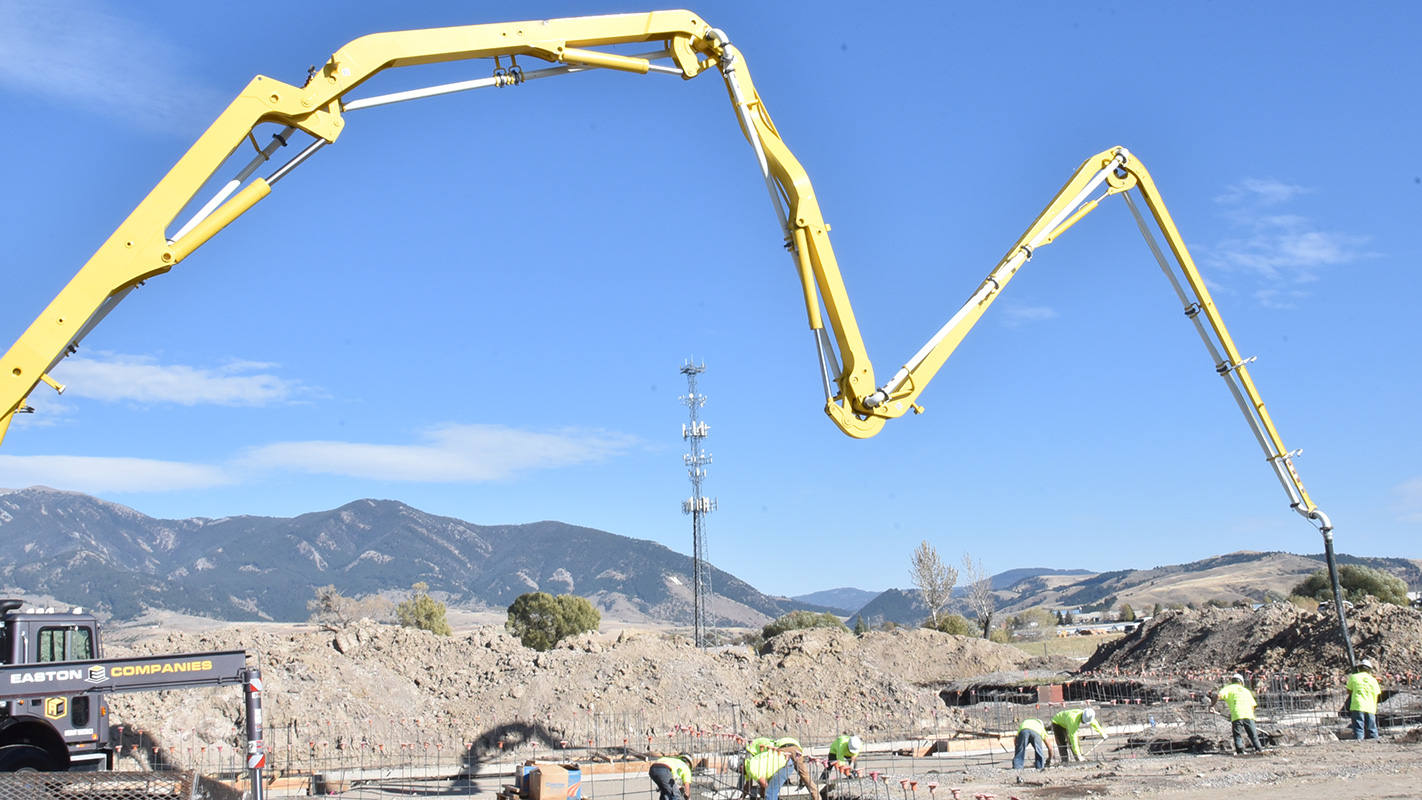 On a warm October day, mountains fill the horizon under clear blue skies in Bozeman, Montana. 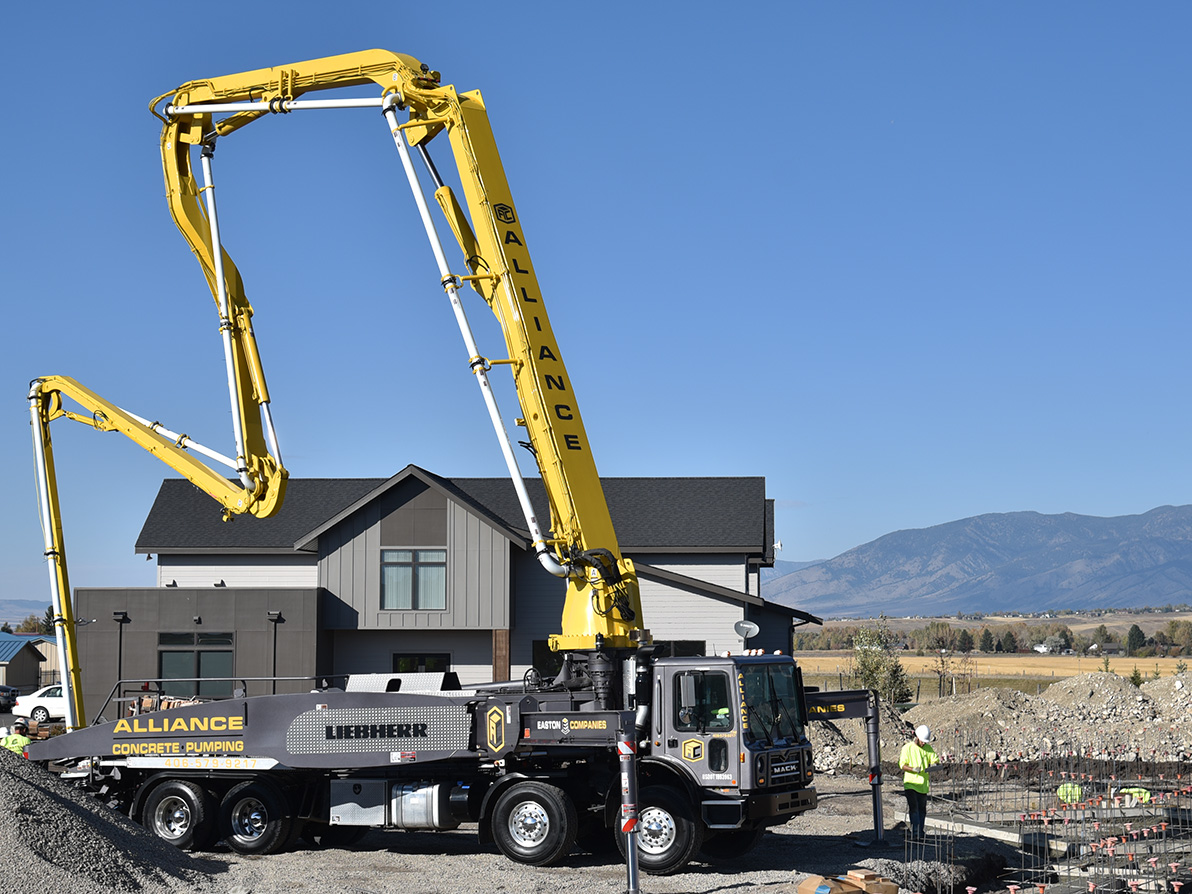 One of Montana’s nicknames is Big Sky Country. This job site in the southern part of the state certainly lives up to that description.Traffic cruises smoothly near Interstate 90 next to a job site in a suburban neighborhood filled with businesses. The shrill alarm of a concrete mixer slowly pulling into the job site pierces the hum of the job site. Pump manager Tim Emerson steps toward the Liebherr 41 M5 XXT truck-mounted concrete pump, bringing the machine to life.

Alliance Concrete Pumping took delivery of the 41 M5 XXT in the spring. In about six months, it had already pumped 10,000 yd3 (7,645 m3) of concrete throughout Montana. That wasn’t including the 70 yd3 (53 m3) needed for today’s project – the footing for a new building that will house a gymnastics facility.

With the touch of a button on the remote control, Emerson sends fresh concrete surging through the boom to the far end of the job site and a crew of ten spring into action to smooth and finish the structure’s foundation.

The quality and look of Liebherr is strong. It’s a big truck but still versatile enough to get on the job. The XXT outrigger system helps me if I’m doing a job in town I can still figure out a way to get the truck set up where I can do the job even though it is significantly bigger.

Emerson, a Bozeman native who has been in the industry since 2005 and with Alliance for five years, said today’s job is a medium sized concrete project for the region. But the power, efficiency and precision of the 41 M5 XXT makes big concrete jobs and work sites feel small. “Everything on it is easy to use. The electronic system is awesome. There’s so many different ways you can get the job done.”

Liebherr’s patented XXT outrigger system provides operators with unparalleled flexibility on the job site thanks to the solid, one piece front outriggers that both telescope and slew. No other outrigger system offers the same amount of safety, stability and almost unlimited number of set-up configurations.

A reputation for reliability and quality led Alliance to choose to add the 41 M5 XXT to its existing fleet of three other pumps. The Liebherr quickly became a valuable asset. That’s because in the concrete world, “sometimes work starts at 2 a.m. or 3 a.m., and pouring goes nonstop until the job is done,” said Emerson, who first saw Liebherr concrete pumps at the last World of Concrete show. 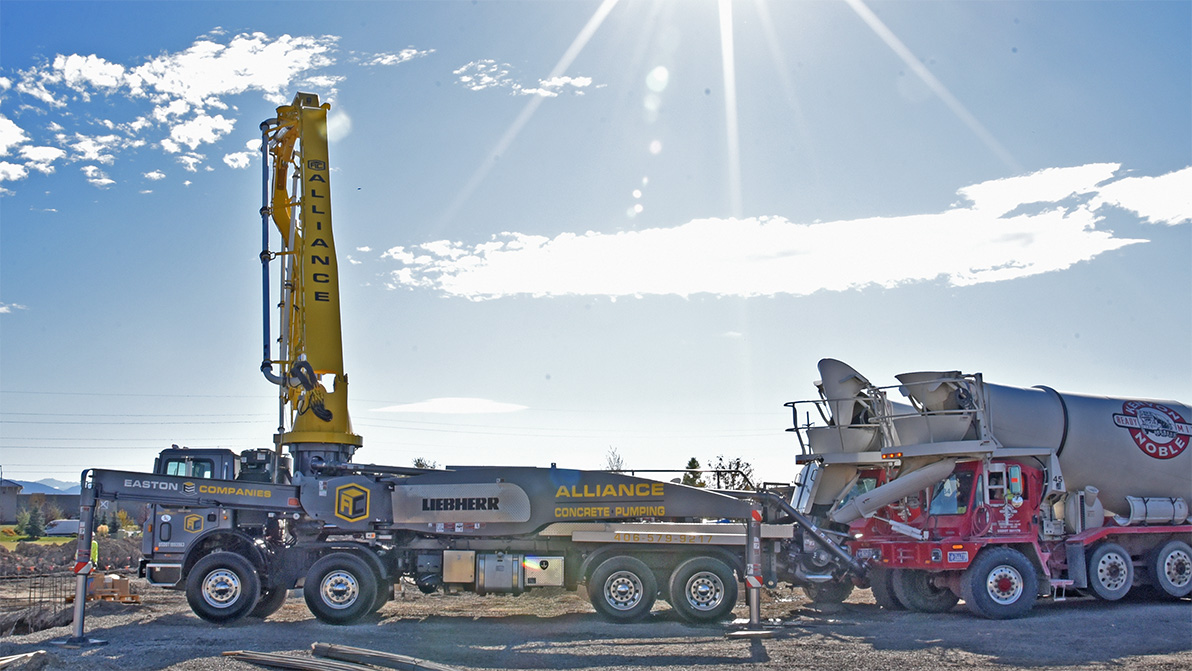 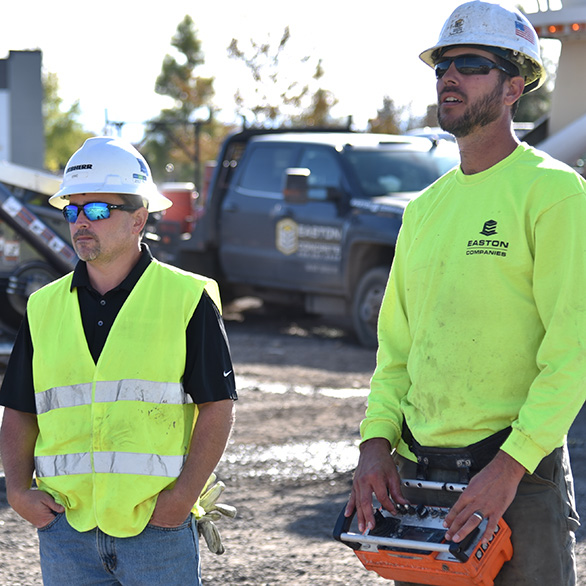 “I really like the outriggers and the versatility of the boom,” Emerson said. “If I had brought a 118-ft (36-m) boom to this job, I’d have had to set up twice,” he said. That would result in ten people standing idle each time the truck is being repositioned. “The extra reach really helped out.”

As Tim carefully cleans the truck, the hum of the machines and chatter of the crew is replaced by the more muted hum of highway traffic, he speaks of his appreciation for Liebherr’s customer service. “The customer service is awesome. I know I can call my product specialist at Liebherr anytime if I have a problem,” Emerson says. “He’s always gotten right back to me.”

Emerson says the pump truck will be back in action at the same site next week to pour the new building’s walls. But on this day, in just about an hour, the job is done. Emerson puts the truck in gear and hits the road to return to the shop.

Close proximity: nothing more, nothing less

Read more about "Close proximity: nothing more, nothing less".

Are you interested in the program of the Concrete Technology division? Click here for the product information.