Andreas Böhm: Table tennis is a good match for the corporate culture of the Liebherr Group

The range of Liebherr mobile cranes extends from 35-tonners through to heavy duty cranes with a load bearing capacity of 1200 tons.

For over two decades now, the Liebherr Group has virtually become part of the furniture of the table tennis sport. The family-owned company has developed over the years into one of the most important partners of the sport. In Düsseldorf, Liebherr is once again the title sponsor of the world's largest indoor sporting event.

The importance of Liebherr is again impossible to ignore at this year's World Championships. In the main arena, for example, there is a mobile crane with an oversized table tennis ball hanging from its hook. It is just one of many items, which highlight the presence of the Liebherr Group. 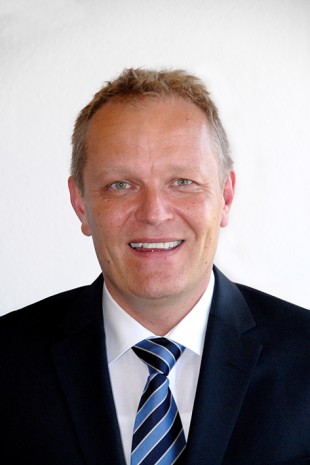 Andreas Böhm, CEO of Liebherr International AG, commented on the successes, which have already been achieved through the company's involvement in table tennis: "In particular, the title sponsoring of top international events such as World and European Championships has made the Liebherr Group known in many markets where the brand was previously almost unheard of. In markets where Liebherr is already well recognized, it has been possible to steadily increase the likability of the brand".

The company's involvement in Düsseldorf is a logical continuation of the strategy. Böhm: "The Liebherr World Table Tennis Championships 2017 have a strong media presence. The games are being broadcast live or delayed in more than 100 countries – with over 400 million viewers worldwide. Another key factor is that Germany is an important market for Liebherr. We are hoping that our involvement in Düsseldorf, with 55,000 spectators expected to attend, will promote even greater interest in our brand."

The partnership between Liebherr and the International Table Tennis Federation (ITTF) has been an outstanding success story for quite some time. Mr. Böhm remembers the beginnings in the 1990s: "We started sponsoring table tennis on a small scale with TTF Ochsenhausen, a club that plays in the German league," and he cites the positive features of the sport as the reason for increasing the company's activities: "Table tennis is seen as a fair sport without scandals or doping. It is a likable and healthy sport for almost every age group. Combined with the dynamism, precision and strategic intelligence, that this sport requires, table tennis is a good match for the corporate culture of the Liebherr Group." 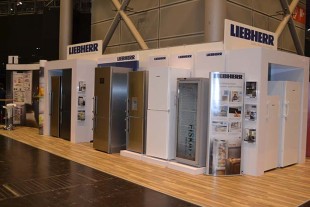 Based on this conviction, Liebherr is involved in promoting the sport of table tennis at many levels. Alongside World Championship tournaments, Liebherr also supports the European Championships, is the team sponsor of the national teams of Germany and Austria and, in its home country of Germany, regularly appears as the title sponsor in the final round of the cup and the final of the German Table Tennis League (TTBL).

However, it is the partnership with the ITTF, which is proving to be particularly fruitful for both parties. This is the reason why Liebherr has also become the naming sponsor of the innovative "Liebherr live" broadcast format. For Andreas Böhm, this multimedia talkshow, which can be viewed anywhere in the world and takes place at the end of each day of competition, is evidence of the growth possibilities of the sport - not least thanks to the support of a reliable partner from the world of business: "We are very happy that the ITTF is breaking new ground and taking advantage of social and digital media in the process."

From this perspective, "Liebherr live" is just another aspect of the successful collaboration between Liebherr and the ITTF. Mr. Böhm describes the strong relationship between the two partners: "Our relationship has been characterized by mutual trust and loyalty for 15 years."