The Hotels division of the Liebherr Group operates six top-class hotels. Three of them are located in Ireland, two in Austria and one in Germany. 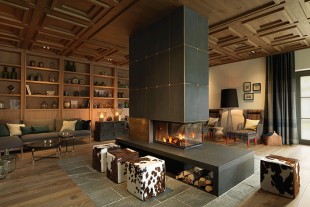 The Europe Hotel & Resort, the first hotel of the Liebherr Group, was built in Ireland during the 1960s. It was soon followed by two other hotels in Ireland: the Ard na Sidhe Country House in Killorglin and the Dunloe Castle in Beaufort, Killarney. The three Irish hotels are now operated by the company Liebherr-Gesellschaft Killarney Hotels Ltd.

Head office of the division in Switzerland

Other hotels were added to the Liebherr Group in the 1980s. The Löwen Hotel Montafon has been owned by Liebherr since 1982 and is operated by the company Hotel Löwen Schruns GmbH. The Interalpen-Hotel Tyrol was opened in Telfs (Austria) in 1985 and is under the responsibility of Interalpen-Hotel Tyrol GmbH. The Hotel Falken in Memmingen (Germany) has also been part of the hotel portfolio since 1988.

All superordinate activities in the hotel segment are coordinated centrally by the divisional controlling company Liebherr-Hotels AG in Bulle (Switzerland). 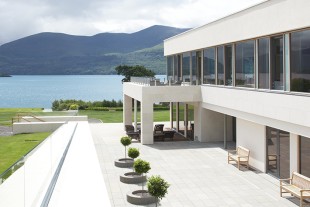 Divisional controlling companies are responsible for the operative management of the product divisions.