At high-speed into the future

China's high-speed rail network is the largest in the world and it’s nowhere near finished. Many Chinese people frequently travel by train on business, however, for some Chinese family visits for special occasions such as Chinese New Year are still more of a rare occurrence. 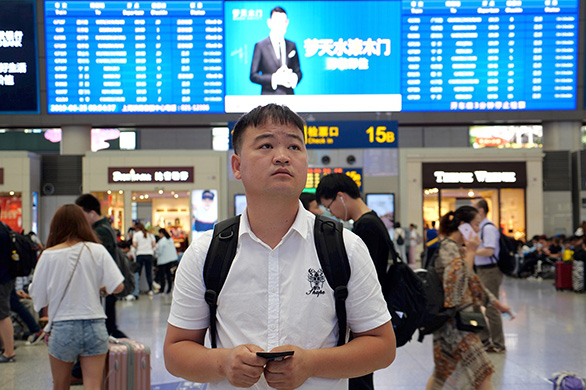 Crowds of people can be seen rushing from concourses onto train platforms or queuing at security gates at airports, whilst tens of thousands of cars crawl along urban arterial roads or wait at the numerous toll stations.

Civil engineer and family man Zhao Lihai is one of them. He travels on business at least once a week, usually taking the high-speed train in order to visit business partners or other company branches. “I would never have dreamt of doing this when I was a boy,” he says.

The 36-year-old is constantly amazed to find himself travelling at several hundred kilometres an hour. This would have been unimaginable when he was a child. This time, however, he’s not travelling on business: he is in fact travelling 2,500 kilometres by train from Shanghai to his home to celebrate Chinese New Year with his family. He embarks on this journey as often as his job and his finances will allow. As is customary for many Chinese families, Zhao Lihai’s son Bo and his wife Li Jiayue still live in the country with the grandparents. “I’m well-paid as a civil engineer, but I also work to save money for my family,” Zhao Lihai explains.

China is a newly industrialised country and its economy is showing further signs of growth. The fourth largest country in the world is also becoming increasingly urbanised which explains why larger numbers of people have to travel, especially for work. The annual number of rail journeys doubled to 3 billion from 2007 to 2017. In a study conducted by banking giant HSBC, passenger numbers are predicted to rise to 5.5 billion in 2022. 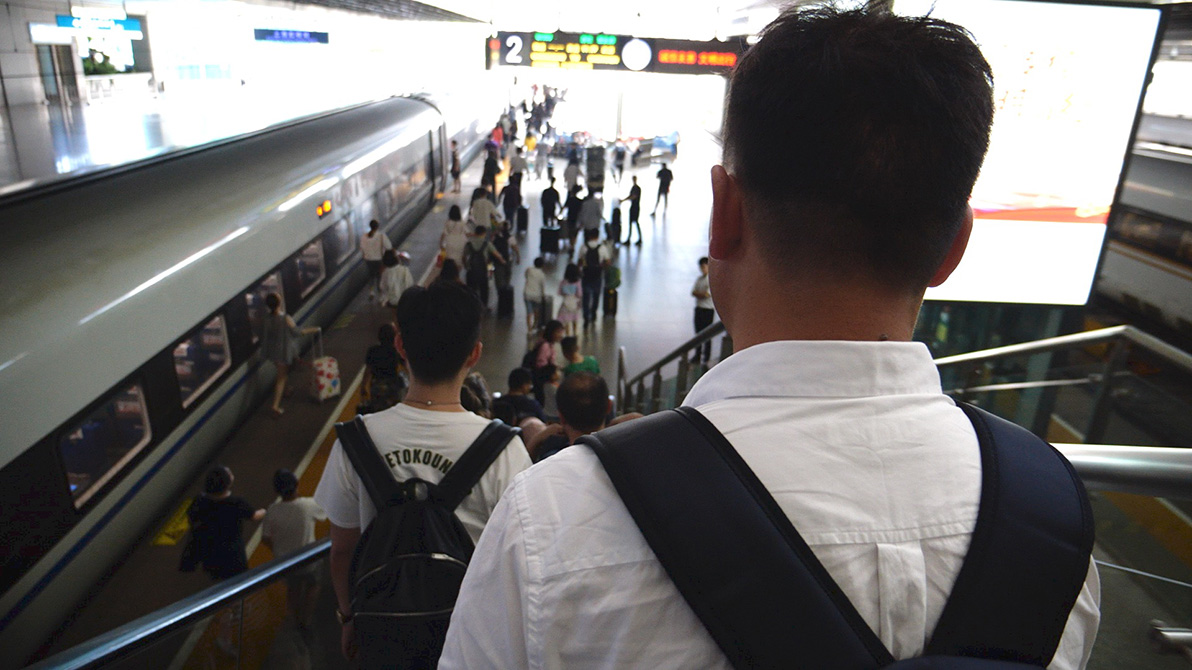 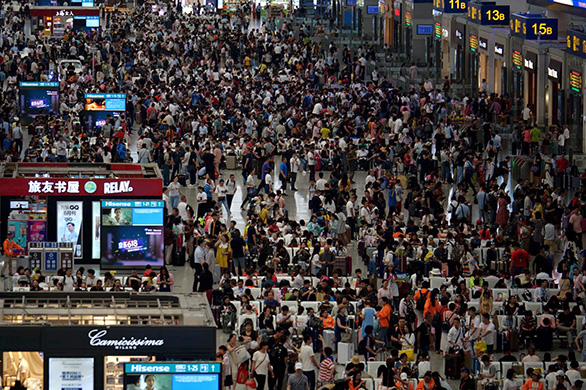 Around 13.2 million train journeys in one day: a record high for China

Celebrating Chinese New Year with the family is still an eagerly anticipated event for many Chinese people. As this usually entails long train journeys across the country, preparation is key. “I always book my train ticket way in advance for the New Year celebrations,” Zhao Lihai explains.

According to a report by the state-owned China Railway Corporation (CRC), the highest number of train journeys in the People’s Republic of China in any one day was recorded in 2019. This was one of the days huge numbers of people were returning to work after the New Year celebrations. So, on 23 February 2019, nearly 13.2 million people travelled across the country by train. The CRC now puts on extra trains to handle the higher passenger volumes over the holiday period.

In response to the growing air and rail passenger figures, the government is expanding the country’s transport infrastructure at what appears to be a staggering rate. This strategy includes motorways, airports and railways. In view of the high levels of traffic congestion and air pollution, the focus is increasingly shifting towards environmentally-friendly transport solutions, such as electric cars and high-speed trains.

The next generation of trains that will speed across the country at up to 600 km/h are already in the test stage.

“The Chinese economy has expanded rapidly since the 1990s. This has significantly increased passenger and freight transport demand,” explains Professor Gang Shen from Tongji-University in Shanghai. Back in 1993, China’s trains used to shuffle across the country at an average of 48 km/h. Passengers would take instant noodle soup, dried sausage and a change of clothes on these long journeys. Each carriage had a water heater that provided boiling water for tea and noodles.

Trains now travel at much higher speeds in China. Many lines have been electrified, multi-track sections have been built and lines have been straightened through tunnels and bridges. The new high-speed train carriages are still equipped with water heaters today because comfort is a top priority for Chinese travellers.

It doesn’t take long to grasp how modern Chinese society has become when you climb aboard a high-speed train. Every passenger, including Zhao Lihai, is carrying at least one smartphone, to allow them to keep in regular contact with their families and work colleagues. WeChat is China’s most popular messaging app with nearly one billion users every day who use it to get information, keep in touch with family, friends and colleagues or even to make online purchases. 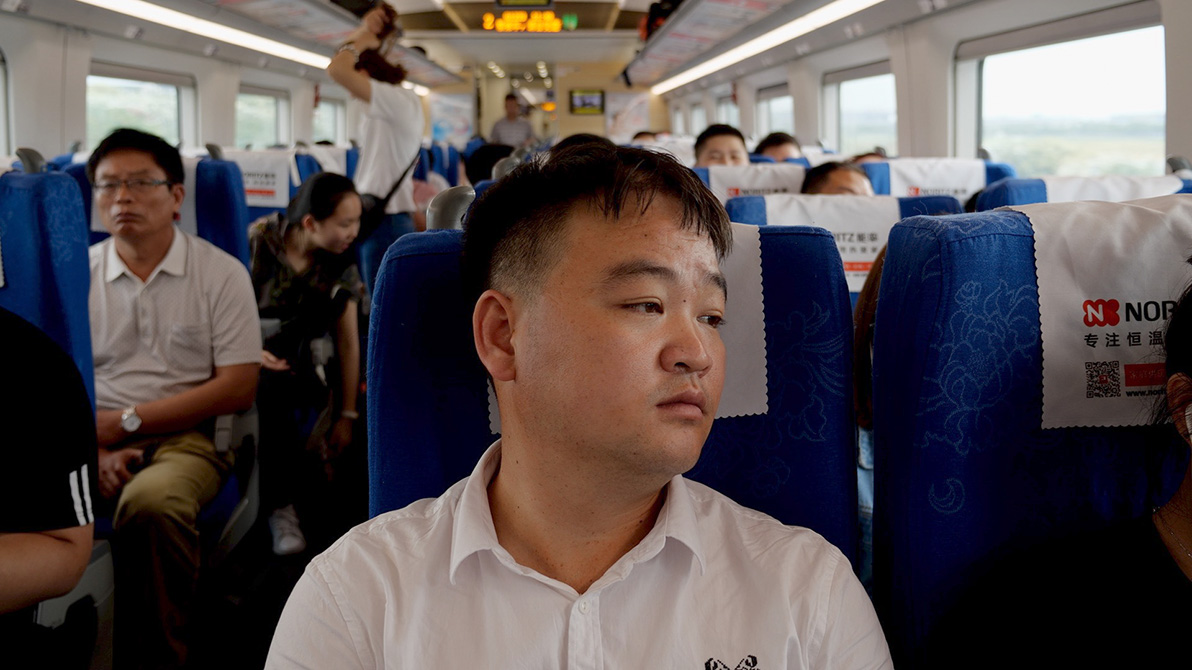 According to China’s Ministry of Transport, 800 billion yuan (equivalent to around 103 billion euro) is expected to be invested in new rail infrastructure, including approximately 6,800 kilometres of new track. Rail transport is second only to road construction as an investment target. The Chinese government is focusing especially on high-speed trains. “Trains travel up to 350 km/h on many sections of track. This speed increase was the most important advancement for China’s rail sector,” Professor Shen continues.

The fastest train from Beijing to Shanghai now only takes four hours to cover 1,300 kilometres, making it the fastest train service in the world. China is now operating the world’s largest network of high-speed train services and accounts for two-thirds of the world’s high-speed rail lines. “Liebherr has key technologies which play an important role in improving the safety and speed of these bullet trains, whilst also reducing costs,” Professor Shen adds.

We hope that passengers travelling by train from Shanghai to Beijing will benefit from Liebherr technology which makes their journey not only safer, but also quicker and more comfortable.

“In terms of high-speed technology, the Chinese are one step ahead of Europe and North America. They are able to execute ideas much more quickly,” explains Dirk Junghans, Managing Director and Head of Sales, Marketing & Customer Service at Liebherr-Transportation Systems GmbH & Co KG, who is speaking from experience. Liebherr has been operating in China for 40 years and has played a role in achieving the ambitious goals set by the rail transport sector for 20 years.

“We set up our own company close to Shanghai in 2019 so that we can support these developments even more effectively,” Dirk continues. For example, Liebherr supplies air-conditioning systems for rolling stock, electro-hydraulic actuators and tilting technology which enables trains to achieve higher speeds. Liebherr engineers are also working on projects for the next generation of Chinese high-speed trains.

“We hope that passengers travelling by train from Shanghai to Beijing in the future will reap the benefits of Liebherr technology which makes journeys safer and more comfortable, and allows them to get from A to B even more quickly.”

The journey by high-speed train now only takes around 11 hours from Shanghai to Zhao Lihai’s home town where his son is waiting to be swept up into his father’s arms. “It used to take twice as long a few years ago,” he remembers. 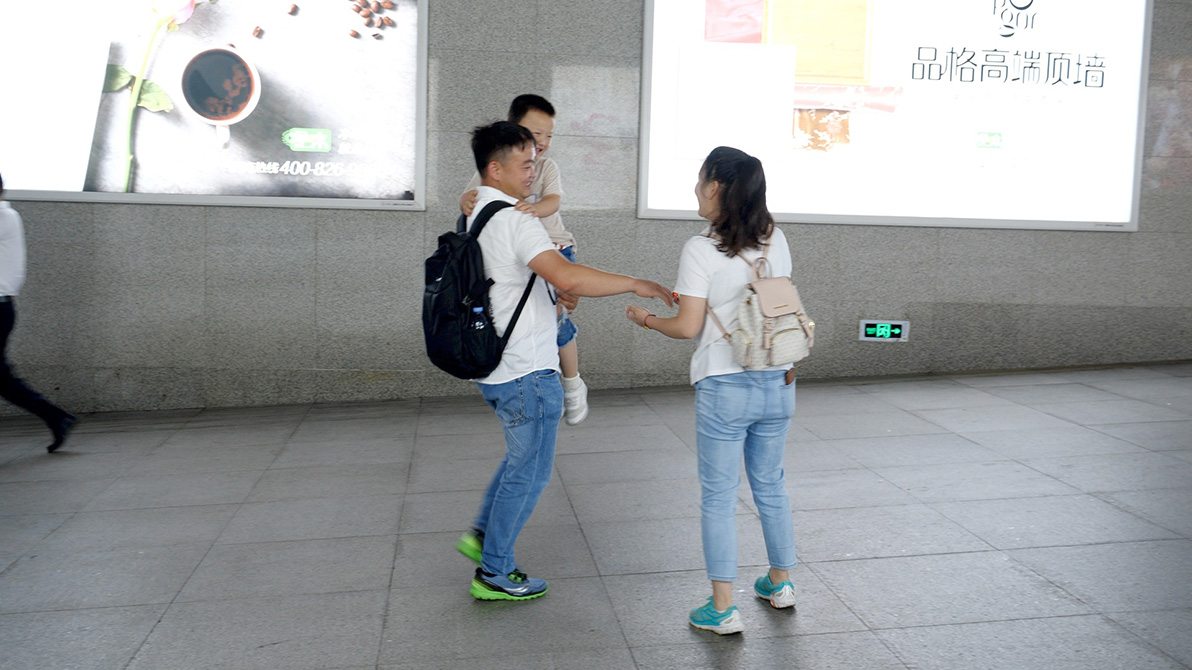 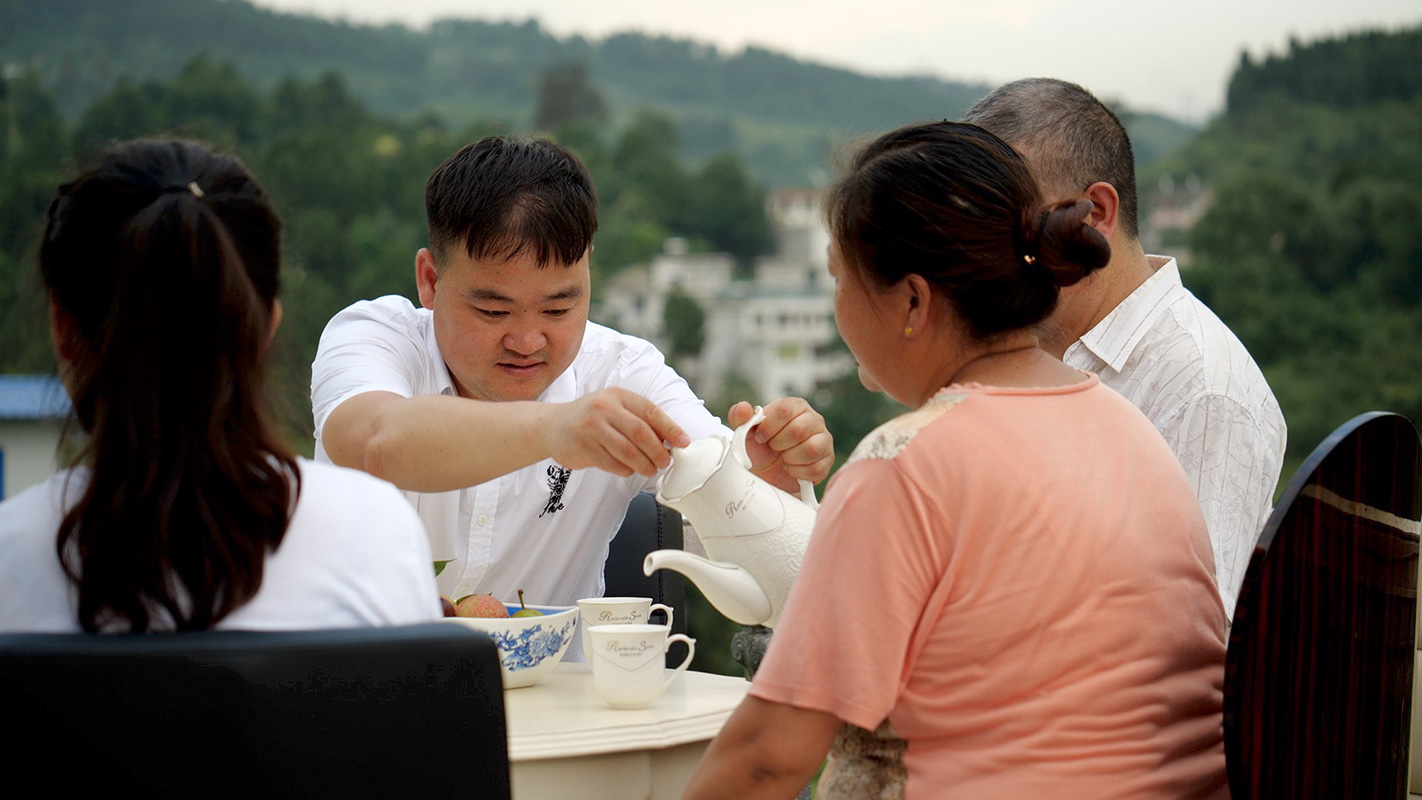 “We are very lucky”, admits the 36-year old, sitting with his young family and his parents on their terrace at their large country property with its wonderful views of the mountains. “There are huge numbers of Chinese people who only get the chance to make these kinds of train journeys two to three times a year.” The state-owned rolling stock manufacturer CRRC Corporation Limited has stated that speed is going to play an even more important role as the rail network continues to expand. The next generation of Chinese trains that will speed across the country at up to 400 km/h are already being developed. Magnetic levitation trains, which can reach speeds of up to 600 km/h, will also be in operation in the not too distant future. Once trains like this are operating across China, people like Zhao Lihai and his family will definitely have even more time to celebrate New Year together.

* In order to guarantee better readability we only use the male form, with latter being representative of a gender-neutral designation. When doing so, we always address all gender identities (m/f/d).

For over 40 years, Liebherr has been producing and offering a wide range of products and services in China.

About Liebherr in China