Show the page in: Kazakh/Қазақ Reset 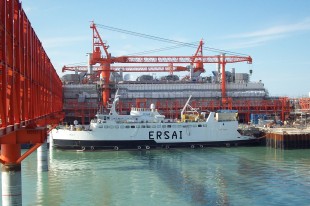 Liebherr Kasachstan TOO was founded as a sales and service company in November 2013. Today the company has two offices in Almaty and Atyrau. The head office is situated in Almaty, the country’s largest city, located in the south-east of Kazakhstan in the foothills of the Trans-Ili Alatau. Maritime products are serviced from the oil region Atyrau, in the west of Kazakhstan. The company mainly supplies maritime cranes and port equipment, spare parts and technical support for the Kazakh sea-gate, the Port of Aktau and its multi-purpose terminal, the Aktau Marine North Terminal and for the Kashagan offshore oil field.