Guangxi Yuchai Machinery Group Co., Ltd, one of the largest engine manufacturers of road vehicles, gensets, maritime and industrial applications in China, and the Liebherr Components Division have entered a cooperation agreement in the field of high-performance off-highway engines. 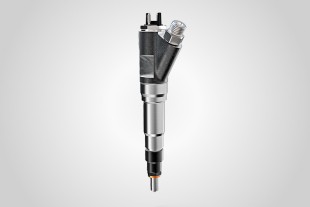 As part of this agreement, Liebherr will initially supply common rail platforms - the CRS 11.2 and CRS 11.5 - for use in Yuchai genset engines. These are the 6-cylinder in-line engines of the 6TD and 6C series with a maximum power output of up to 730 kW and 1,470 kW and a cylinder capacity of 19.6 and 39.6 litres, respectively. Yuchai and Liebherr also plan to further develop both maritime engine configurations and to adapt the 6TD series for off-highway applications.

"Liebherr is known in the People's Republic of China as a manufacturer of reliable and high-quality construction machines, engines and injection systems," says Mr. Huang Yongzhong, Vice General Manager for Marine and Genset Engines at Yuchai. "At Yuchai, we prize the fact that Liebherr injection components are perfectly dimensioned for high-performance engines and their modular concept supports different engine designs. They also meet stringent lifetime requirements, even under the toughest conditions, such as full load.” 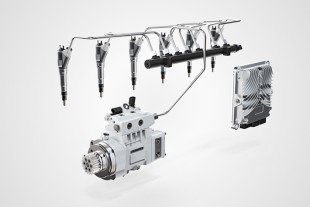 Liebherr injection systems feature compact injectors with high output per cylinder. For example, the LI2 top-feed injector integrated in the 6TD variant with a 9 mm injection nozzle enables an outstandingly high hydraulic flow rate within a compact design. "Our tailor-made injection components enable us not only to serve motors in a particularly high performance segment, but also to meet customer-specific requirements", explains Richard Pirkl, Managing Director Engineering & Production for the Common Rail Systems business unit at Liebherr. In addition, both the common-rail system and the engine can be controlled by Liebherr's own control units and software platforms.

"Yuchai's trust in Liebherr’s injection solutions has enabled us to enter the Chinese market in the high-performance engine segment," says Riccardo Delai, Head of Sales for Fuel Injection Equipment at Liebherr Components. "We are happy to have won Yuchai as a cooperation partner and look forward to further mutual projects.”