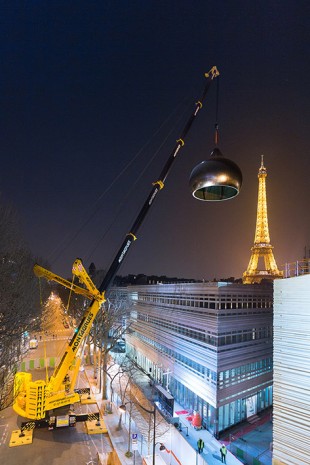 A new-build Russian Orthodox church is being built in the centre of Paris not far from the Eiffel Tower. A total of five domes covered with gold leaf will crown the structure on its completion. The hoist of the largest dome by a Liebherr LTM 1350-6.1 mobile crane drew a host of prominent personalities from the worlds of politics and religion in France and Russia. A crane job with high security requirements.