The Domestic Appliances division posted sales of € 983 million in the 2019 financial year which corresponds to an increase of € 38 million, or 4.0 %, year-on-year. 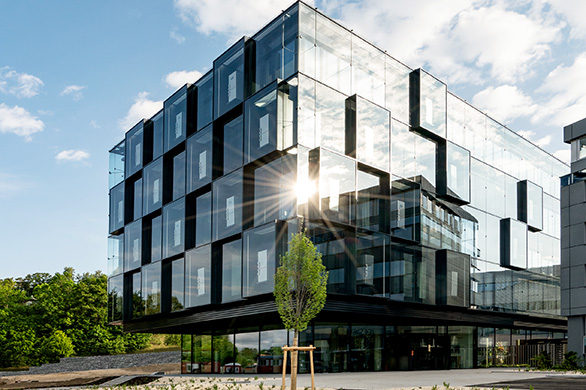 Strong demand in Europe and India

The global market for domestic appliances expanded in 2019. The Domestic Appliances division achieved an increase in sales despite a slight decline in orders. Growth was positive on the whole throughout Europe. Significant gains were achieved in Germany, Bulgaria, Russia and Belgium. Sales were also favourable in Asia and Oceania. Growth was also very strong in India, where the division opened a state-of-the-art production plant early in the previous year. Although sales in the North America and Africa, the Near and Middle East regions could be slightly increased, there was a downturn in sales in Central and South America.

A consistent customer-focused approach is paramount for the Domestic Appliances Division.

Focus on the customer

The Domestic Appliances division faced the very dynamic, competitive market by focusing consistently on adding value for customers. At the beginning of 2019, all sales operations in Germany were bundled into the newly founded company, Liebherr-Hausgeräte Vertriebs- und Service GmbH. The division also invested in a modern customer service centre at the Ochsenhausen plant (Germany). The centre opened its doors in June 2019 and now welcomes visitors to view the latest range of refrigerators and freezers up close. In another outstanding moment of the past year, two appliances from the Monolith series were awarded the iF Design Award. These two products have made a lasting impact on the design world by taking luxury built-in kitchen appliances to the next level. Both models feature SmartDevice technology, which enables customers to connect their refrigerators to their smartphones. This gives them access to various services and allows them to change their appliances’ settings from wherever they are.