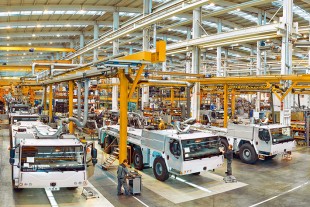 Liebherr-Werk Ehingen GmbH is a global leader in the manufacture of mobile cranes. Its product range includes highly modern telescopic and lattice boom cranes on wheeled and crawler chassis. The construction and project realization of large parasols is also part of its portfolio. The needs of customers are the focal point, from development through to service. The goal is to set benchmarks with regards to quality, functionality, and safety, and to ensure high equipment availability in use. For the workforce of around 3,990 employees, the plant in Ehingen/Donau, South Germany provides attractive jobs with wide ranges of tasks. 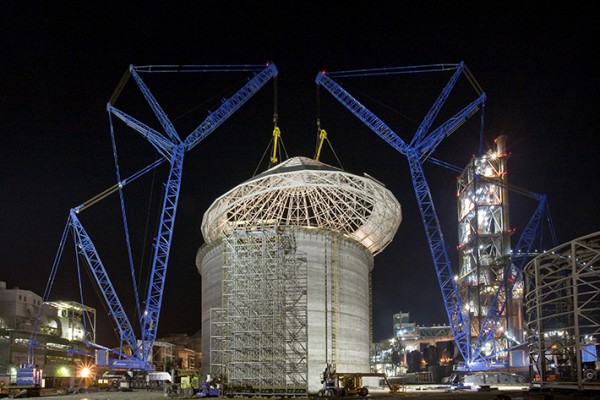 Liebherr crawler cranes raise the roof onto a 30-meter high mixing silo in a cement plant in Poland.

Liebherr-Werk Ehingen GmbH was founded in 1969. With its high-quality and market-oriented products, the company developed into being the global market leader for mobile and crawler cranes. Since it was founded, the manufacturing plant and its capacities have been continuously expanded. Today, six mobile cranes are delivered to customers throughout the world every day from Ehingen.

Mobile cranes made by Liebherr satisfy the widest range of demands in applications on all continents. During continuous optimization of products the focus is on needs of customers. To ensure the functionality, safety, and availability of its machines, the plant invests heavily in research and development.

Liebherr-Werk Ehingen GmbH has extensive expert knowledge with more than 40 years of experience in the construction of mobile cranes. Its business activities ranges from development and production, over global sales, right up to service. Development capacities and production facilities on-site satisfy the highest standards. Together with specialized partners, Liebherr develops and optimizes customized engineering solutions. Exclusive products are therefore produced with the priority always set on orientation on the customer.

What characterizes mobile cranes made by Liebherr

Liebherr mobile cranes are reliable, durable, and safe in operation. The wide range of its product line – from the all-terrain mobile crane at 35 tonnes right up to the heavy duty crane with a load bearing capacity of 1,200 tonnes – enables Liebherr to provide the perfect machine for every requirement. Universal boom and jib systems with extensive extra equipment create flexible operational capabilities. The cranes unite performance and efficiency through the perfect interaction of high-strength steels, high-precision mechanics, high-performance hydraulics, and state-of-the-art electronic control systems.

Liebherr crawler cranes from Ehingen are used everywhere around the world where the heaviest loads need to be moved safely and economically. They impress with lifting capacities up to 3,000 tonnes, outstanding load torques, as well as enormous lifting heights and reaches. Ultimate mobility and economy is ensured through the compact dimensions and ideal transport weights of crane components. Career opportunities at the Ehingen plant

Passion for technology, quality awareness in every detail, and clear customer orientation for products stimulate all activities of the global Liebherr Group. This ideology is also embodied by the workforce of Liebherr-Werk Ehingen GmbH in its daily work. 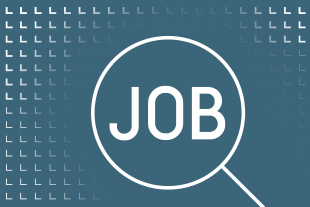 Careers with Liebherr at the Ehingen location (Germany).

Are you looking for a new professional challenge? Then you are in the right place on our career portal. Here you find all current vacancies. You can also submit an unsolicited application.

Apply to our company – we are looking forward to receiving your application! 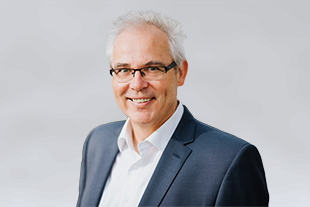 Motivation for sustainability in Ehingen

Protection of our environment and responsible use of raw materials are a key concern of the Liebherr Group. Liebherr-Werk-Ehingen GmbH is therefore strongly committed to efficient utilization and saving of resources in its building management as well as in production methods and processes.

Liebherr-Werk Ehingen GmbH is continuously improving its manufacturing plants to meet new environmental standards. Halls, roofs, and facades are continuously refurbished to optimize energy. All new buildings are constructed compliant with the latest energy standards. Efficient energy utilization is ensured by an energy control system that manages the heating system as well as the lighting in the production halls.

The subject of sustainability also plays an important role in production. At the washing bays, for example, a fully wastewater-free recirculation system is installed. Use of chemical and solvents has been enormously reduced by conversion to environmentally-friendly painting processes. And in the large-parts paint primer plant, a highly-efficient heat recovery process reclaims around 70 percent of the heat and humidity for further use. 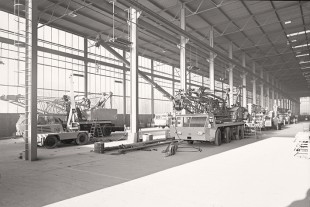 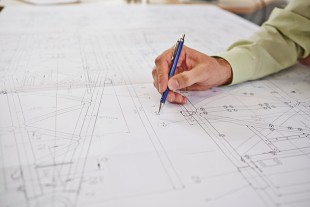 In the crane sector, Liebherr is acclaimed for its innovative demand-driven concepts and products with leading edge technology. Research and development – with currently more than 250 engineers in Ehingen – are always oriented on the needs of the customers. Numerous technical innovations that set standards in mobile crane construction have been firstly created and implemented by Liebherr-Werk Ehingen GmbH.

The focus lies on highest possible safety in crane operation with regard to demand-driven concepts and products. In collaboration with institutes of technology and universities, the Ehinger engineers continuously optimize use of high-strength fine-grained steels. Furthermore, development of future-oriented, even more high-performance control systems and monitoring systems form the research focal points in Ehingen.

The magazine for customers and friends of mobile and crawler cranes. Here you will find some extraordinary crane impressions and stories! Discover our magazine