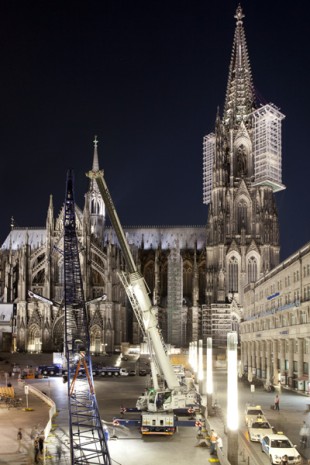 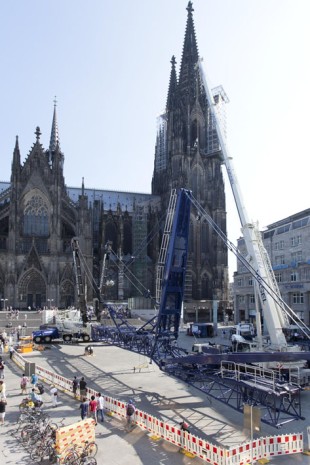 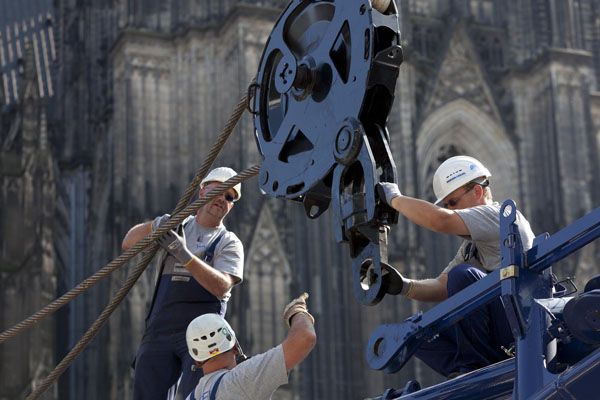 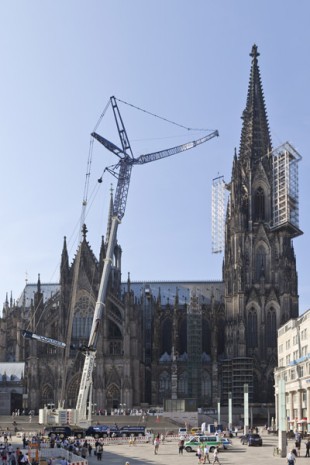 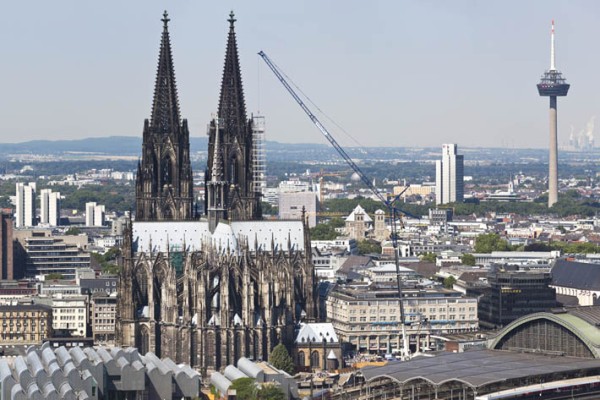 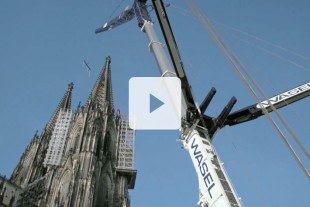 A tricky crane job in detail: Set-up work in a constricted space, a suspended erection of the lattice jib and crane movements with millimetre precision. An LTM 1750-9.1 dismantles a suspended scaffold on Cologne Cathedral.

A tricky crane job in detail: Set-up work in a constricted space, suspended erection of the lattice jib and crane movements with millimetre precision. An LTM 1750-9.1 dismantles a suspended scaffold on Cologne Cathedral. Open video

A tricky crane job in detail: Set-up work in a constricted space, a suspended erection of the lattice jib and crane movements with millimetre precision. An LTM 1750-9.1 dismantles a suspended scaffold on Cologne Cathedral.