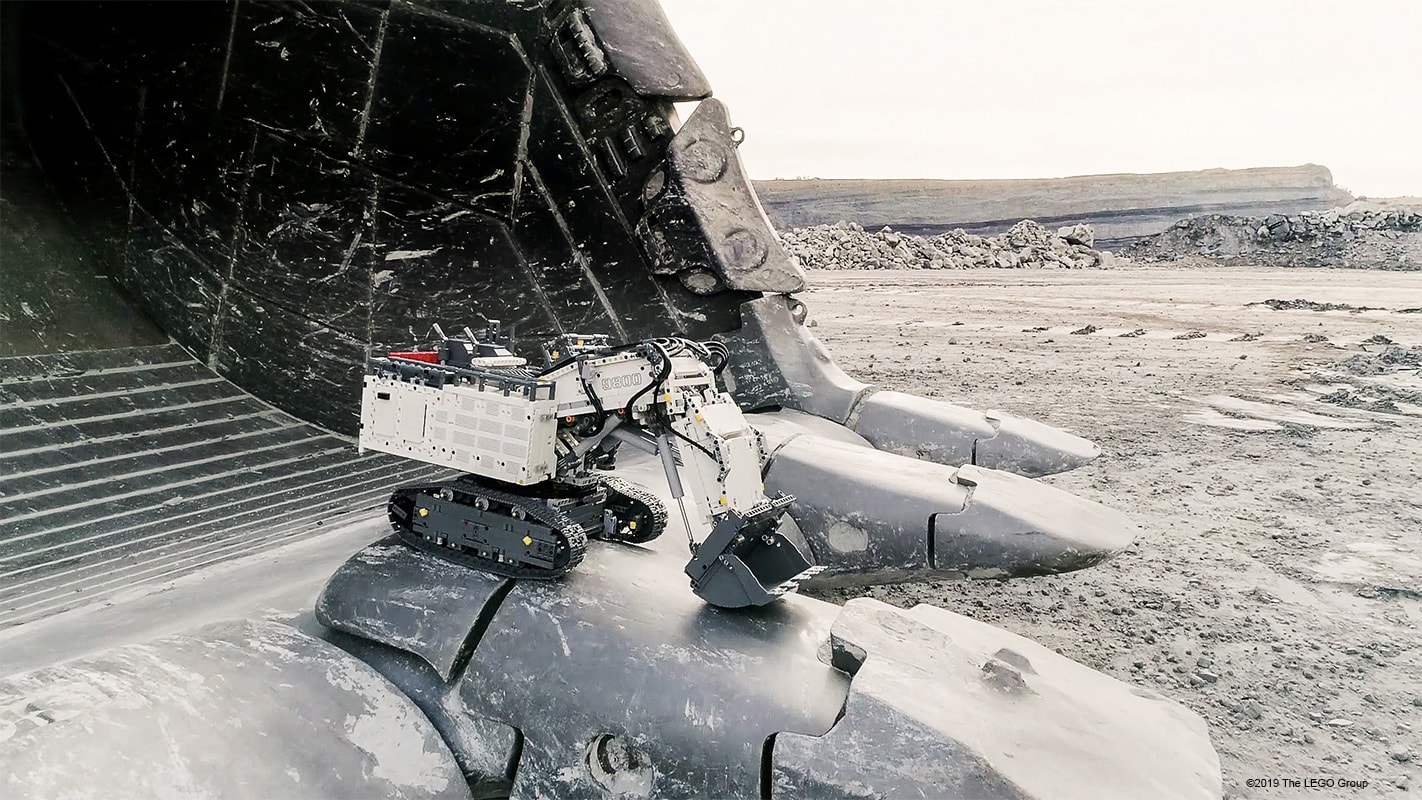 LEGO bricks, wooden blocks, metal building sets: children have always played with construction toys, assembling houses, cars and cranes. What often started as a childhood fascination has inspired many a career in engineering and construction; also at Liebherr. 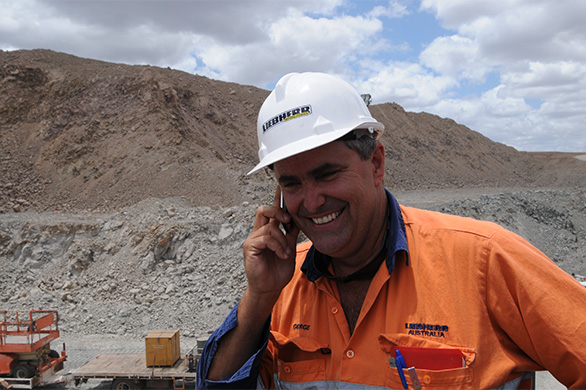 George Barturen beams as he gives the okay for the massive R 9800 mining excavator to travel off the assembly pad and down to its future work site. “You know,” he says with a proud smile, “we’ve been working on assembling and commissioning this machine for some time now, to see it cycling so fast while loading the first trucks, that’s such a rewarding moment.” The Senior Product Manager based at Liebherr’s Mining business Down Under knows what he’s talking about. In his almost 30 years with the company, he has assembled countless numbers of 200 to 600 tonne mining excavators all over the Globe. However, the 810 tonne Ultraclass excavator is his personal masterpiece. “I was personally responsible for the project planning, assembly and commissioning of the world's first R 9800. Commencing operation in December 2009, the machine continues to operate on the east coast of Queensland, Australia. Back then, that first deployment took almost nine months of planning prior to the commencement of the onsite assembly process.” Nowadays, a team of up to twelve experts spends only twelve weeks assembling, optioning and commissioning the R 9800 excavator.

The finest moment is when the engines start for the first time.

But where do you start when building one of the largest excavators in the world? Like with the LEGO® Technic™ Liebherr R 9800 model, the assembly of the real machine needs an assembly manual and a plan. “We need to plan ahead in detail with our customer. While the components are shipped from our factory in Colmar (France) we setup and manage all aspects of the assembly site,” George explains. And this is not only about getting the thirteen main modules for the attachment undercarriage and uppercarriage sections onto trucks with multiple trailers and to the assembly site. “We map out where each module and components needs to be placed to maximise the number of components that the large cranes can reach, without having to relocate.”

Being involved with the assembly of an R 9800 is always an exciting time for the team. “The finest moment though,” says George, “is when the engines start for the first time.” It’s when the raw sound of the two 1500 kW engines and hum of the hydraulic systems are felt that the assembly team knows their project is coming to a successful and rewarding close. 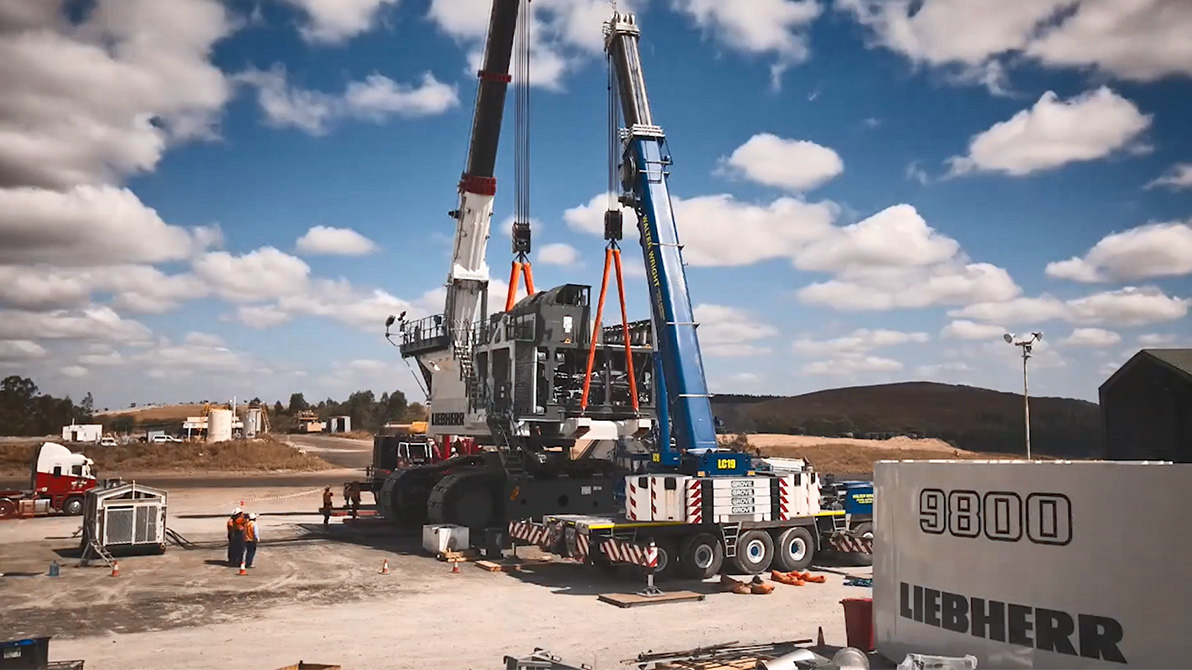 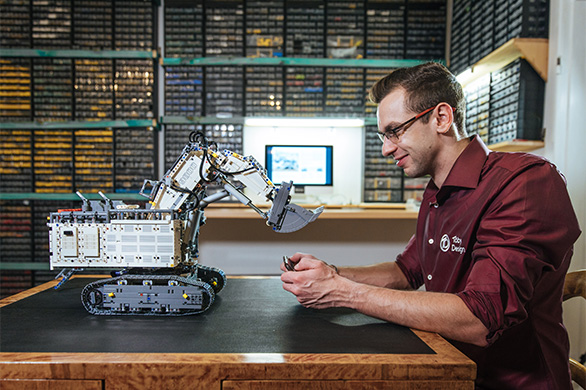 While George Barturen and his team in Australia watch their newly assembled R 9800 in action, on the other side of the world in Germany, LEGO enthusiast Tobias Branig opens a box that contains the LEGO Technic Liebherr R 9800 Excavator. “I was so excited. I could hardly sleep last night!” Tobias is a professional when it comes to building LEGO models. His parents gave him his first LEGO Technic set when he was five and he has been a fan ever since. He works as a metal-cutting foreman but spends his spare time in a workshop filled with over 125,000 LEGO pieces. They sit in hundreds of small drawers, which cover the wall from the bottom to the top, only leaving a gap where his desk and computer are. Here, he usually designs and builds his own models of construction machinery which take him from two to six months to complete. For his own models, his girlfriend Franziska, who also knows a thing or two about LEGO models, often supports him. But today, we have set Tobias a different challenge: to build the LEGO Technic Liebherr R 9800 in less than ten hours – without any help.

At 08:37, the building begins. Tobias unpacks each of the numbered bags containing the 4,108 LEGO bricks, Smart Hubs and motors and sorts the pieces by shape and colour into plastic trays. He then strategically places them around his work desk and opens the first of the two building instruction books. With an eye on the building steps, he puts the first two pieces together. Then the next. His hands move like clockwork and bit by bit, the undercarriage starts to take shape. He hardly looks at the pieces, only the manual. “I know every LEGO piece by heart,” he says. “I know their shape and how they fit. It’s a bit like typing without looking at the keyboard. Once you know how to do it, you’ll never forget it.” After putting two grey L beams and a black two-module snap together, he adds with a wink: “Sometimes I can’t believe myself that I memorised them all.”

I enjoy the experience of building the model. It’s such a great feeling!

Getting into the groove

Two hours later, Tobias is still going. The black LEGO ring that forms the swing bearing to hold the uppercarriage of the R 9800 is already in place. “I’m at a stage now, where I get into the groove. I automatically know what comes next and can fully enjoy the experience of building the model. It’s such a great feeling. I’ll miss building it once I put the last piece in.”

Minute by minute, the LEGO Technic excavator grows, the motors, the hydraulic parts and the uppercarriage go in. The foreman is fully relaxed. While he assembles the boom, he even finds time to reveal some of the secret building tricks of LEGO fans: “If there is a small piece that is in a hard to reach corner, like this one,” he holds up a small blue three module snap, “you don’t have to try and fiddle it in with your fingers. Just take a thin plate and push it in.”

After four hours, it’s time for the finishing touches – the rails, the ladder, the cabin and the red fire suppression bottles. “The small bits take a while but that’s what really makes a model in the end,” says Tobias while he threads the hydraulic pipes through LEGO tubes. “I love that these are here as well and that they payed attention to that detail. That’s the icing on the cake.”

Then, at six hours and 48 minutes, Tobias reaches the last page of the construction manual. One piece to go. He attaches the bucket to the boom and fills it with grey LEGO bricks. Challenge completed! 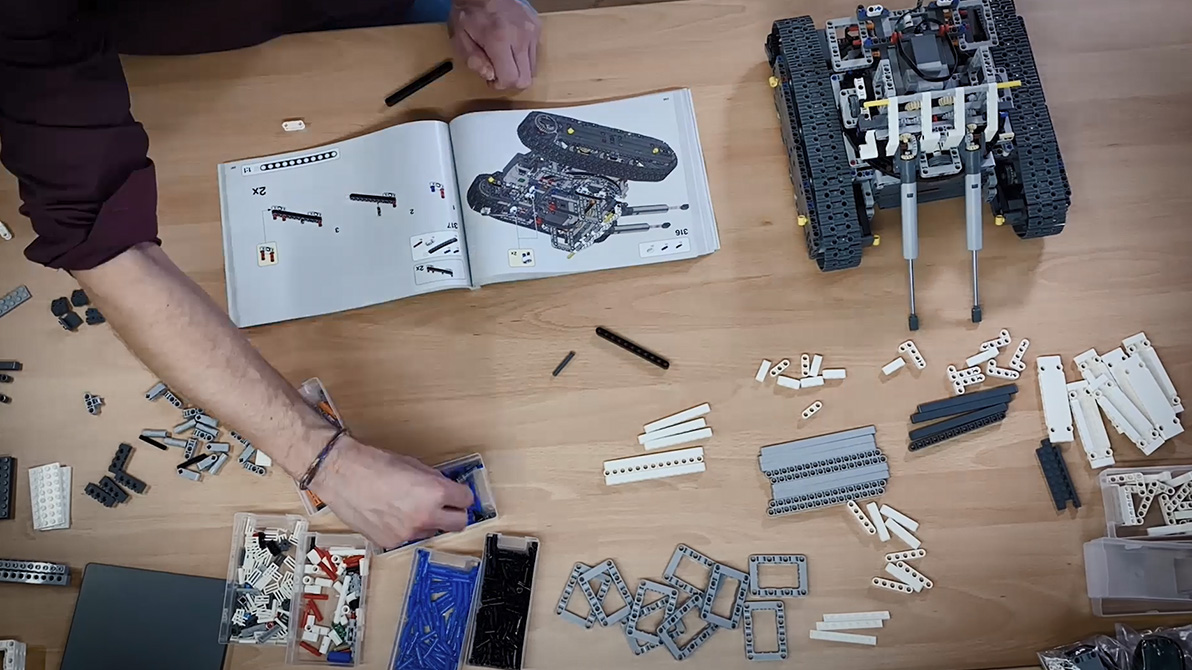 Revolution on the Erzberg

Mining trucks are the heavyweights among their kind. In the 100-ton class Liebherr has now started to flex its muscles with its first diesel-electric drive.